A barber was rushed to hospital for open-heart surgery after fell over and accidentally stabbed himself with his scissors.

Steve Silva had been cutting a customer’s hair when he slipped over at the Boston Barber and Tattoo Company on Friday. He then tried to get up and realised he’d stabbed himself in the chest.

Shocking CCTV footage of the incident showed him fall to the floor, before looking down and realising he was injured. Another member of staff then rushes to his aid and holds a compress to the wound.

Robert Dello Russo, who owns the barbershop in Boston, Massachusetts, said Mr Silva was then rushed to hospital where it was discovered the scissors had pierced through an artery. He underwent open-heart surgery Massachusetts General. 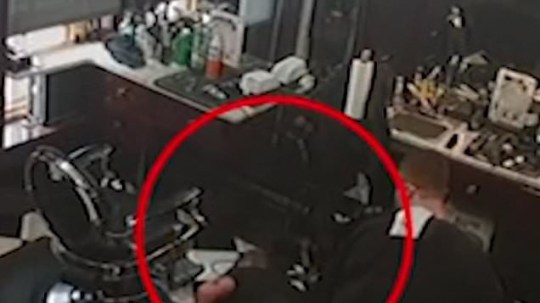 Mr Dello Russo told CBS Boston: ‘From what I understand, if it had been an inch to the left of the right, he would have been gone.’

He also told how employees of the barbershop were asked to leave Mr Silva’s blood on the floor until police had looked over the CCTV footage, as they thought he had been stabbed. 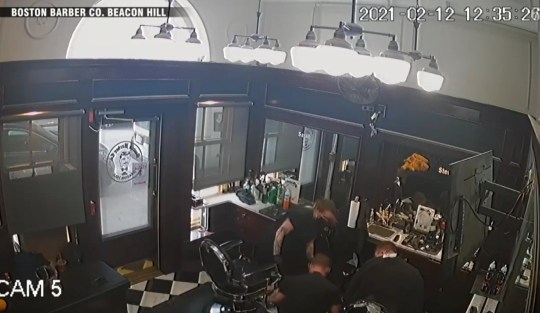 He could be seen staring down at the wound on the barbershop’s CCTV (Picture: WHDH) 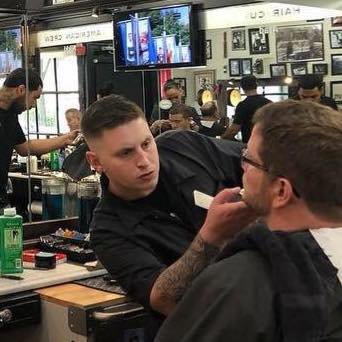 Mr Dello Russo added: ‘I mean a guy gets stabbed in the centre of the chest with scissors and the police come and you tell them, yeah he fell on his scissors. The story is not believable, so I don’t really blame them for thinking that.’


He noted that Mr Silva is one of his best employees, and said it was his first week back in the barbers after the pandemic suspended his work.

Max Cohen, a customer who had been getting a haircut when Mr Silva fell, told WHDH: ‘He was walking around behind me and then he slipped. I was like oh it’s fine, and then I realise he’s holding scissors and there’s blood on the floor and he goes, “Oh my God I just stabbed myself”.’

He added: ‘He texted me, he just said thanks for everything. I asked him how he was doing. He said he was doing well – and then asked me if I got my haircut finished, because he wasn’t quite done yet.’ 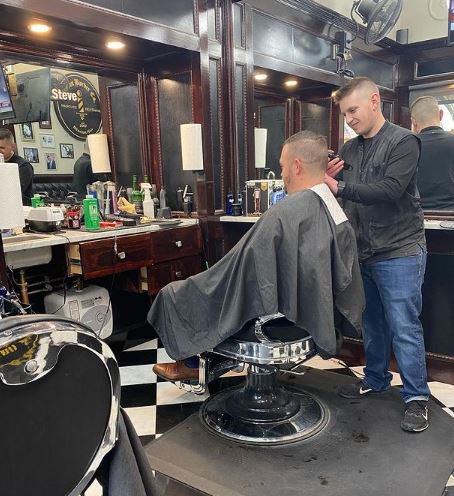 It was his first week back at work amid the pandemic (Picture: Eric Faison)

Mr Silva is still recovering in hospital, and remains in an intensive care ward. A GoFundMe set up to raise money for his medical bills has since raised more than $24,000 (around £17,000).

Facebook removes its own page by mistake in Australia news purge