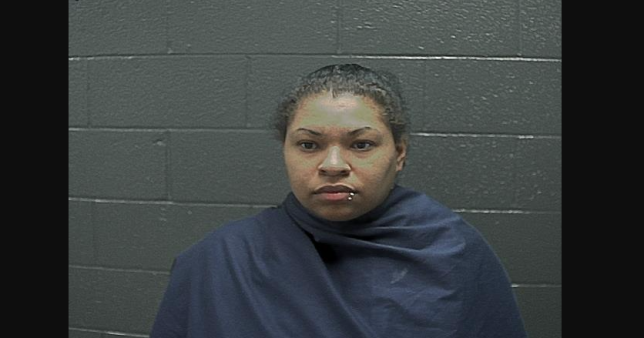 Cristy Murphy’s baby son flew through the air after after she allegedly drove too fast on ice and crashed (Picture: Wichita County Jail)

A baby went flying through the window of a car after his mother drove too fast in snowy weather and crashed, it is claimed, The one year-old suffered the horrific accident on February 13 after his mother allegedly Cristy Murphy ignored warnings to slow down during a huge winter storm which hit Texas.

An eyewitness driving behind Murphy’s Chevy Blazer in Wichita Falls told investigators the car was going too quickly despite roads being covered with snow and ice. That eyewitness said the Chevy lost control and hit the cement guard rail of an overpass.

The force of that impact ejected the baby, whose father Joe Gaines is then said to have run out of the car to pick the infant up. Gaines was holding the baby in his lap at the time of the smash, it is claimed. Police called to the scene found that the car had no child safety seats for the infant or his three year-old brother.

The older boy was in the back seat of the car. During a subsequent interview, Gaines said he’d told his partner to slow down, and that when she crashed, the passenger air bag deployed. 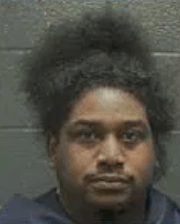 The baby’s dad Joe Gaines, pictured, was also in the car at the time of the smash (Picture: Wichita County Jail)

That stunned him into dropping his baby through his door, which had popped open with the force of the impact, KJTL reported. Miraculously, the baby suffered only minor bleeding and bruising to his nose. Nurses who treated him said that, some paid aside, he would make a full recovery.

The older boy also escaped unharmed. Murphy claimed to have been doing 20mph at the time of the crash, and said she had just left work, and hadn’t had time to fit a child seat.

She and Gaines were both charged with two counts of child endangerment, and jailed with bond set at $32,000.