The floods have sit some of the poorest communities in the US (Pictures: Reuters/Getty)

The death toll of the Kentucky floods has risen to 25 as emergency workers continue to search for missing people and trapped families.

Torrential rains have devastated towns in Kentucky with flash floods which have killed dozens, including at least six children.

The death toll rose from 16 to 25 overnight into Saturday.

But Kentucky’s governor Andy Beshear has said it may take weeks to find all the victims.

This is namely because of how dangerous conditions and persistent rainfall have made it extremely difficult for helicopters and boats to move through the swamped land.

‘We are still in search and rescue mode. Thankfully, the rain has stopped. But it’s going to rain more starting Sunday afternoon.’ 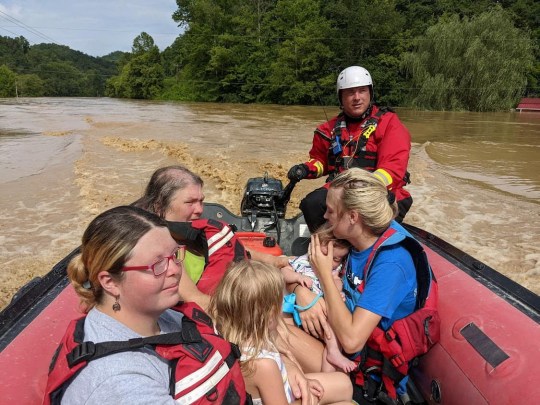 Rescue crews have carried out more than 1,200 operations in the region (Picture: Reuters) 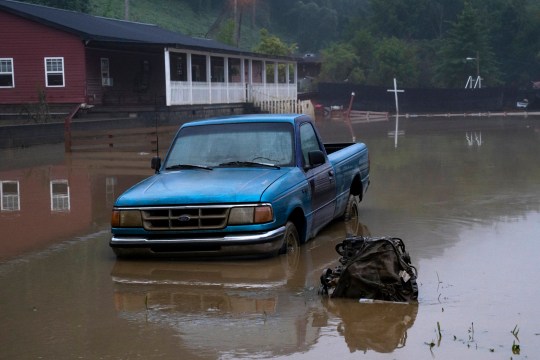 The floods have destroyed numerous homes and businesses (Picture: Getty) 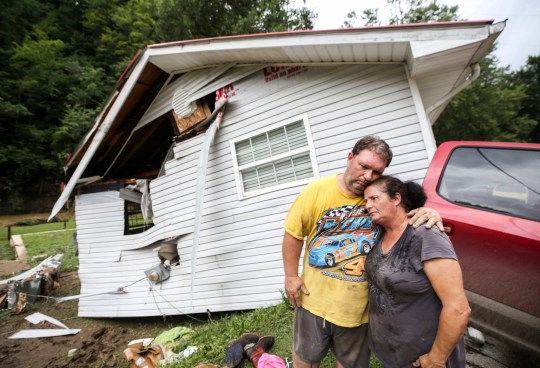 The governor predicts it will take more than a year to rebuild communities (Picture: Reuters)

Crews have already made more than 1,200 rescues – with the help of the rain letting up on Friday.

The floods have hit some of the poorest communities in the US, prompting worries that families will not be able to bounce back.

US president Joe Biden has declared a federal disaster in Kentucky so the government can direct relief money to the state.

The floods were caused by huge amounts of rainfall over the Appalachia region this week.

The rain caused rivers to burst at their banks and triggered mudslides where the slopes were steep.

People were forced to clamber onto roofs to avoid the fast-rising water while many homes and businesses were completely destroyed.

Mr Beshear predicts it will take more than a year to fully rebuild the towns.

California: man detained in kidnapping of family of four