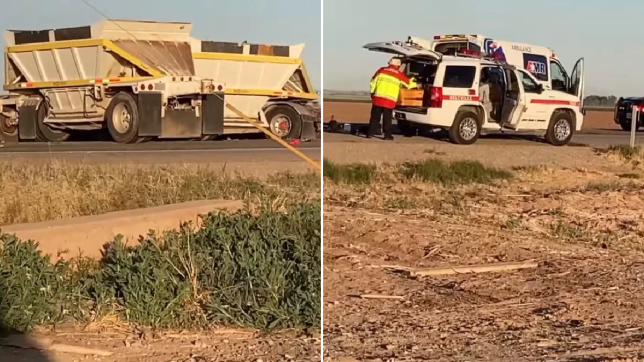 At least 15 people died after a collision between a truck and an SUV with 27 people inside (Pictures: Televisa Mexicali)

At least 15 people have been killed after an SUV carrying 27 people collided head-on with a truck in Southern California. The smash happened along Route 115 in Imperial, 100 miles east of San Diego, California, and 15 miles from the Mexican border around 6:20am local time on Tuesday morning.

It saw a Ford SUV collide with a ‘big rig’ truck, described as a ‘gravel hauler’ by the California Highway Patrol. ABC News reported that 14 of the victims died a the scene, with the fifteenth person losing their life after being brought to hospital. The driver of the truck that hit the SUV escaped with minor injuries.

Televisa Mexicali reports that those killed may have been farm workers, with their names and ages yet to be released. A video shot at the scene showed a huge truck seemingly jackknifed in the middle of the road, which has been closed in both directions while police investigate.

Deputy Fire Chief Sal Flores, from Imperial County Fire Department, described the horror crash as a ‘mass fatality incident’ to the LA Times. Further details on what caused the collision – and why so many people were inside the SUV – have yet to be confirmed.

He said that four survivors had been airlifted to Desert Regional Medical Center in Palm Springs, with three of those people in intensive care. It is still unclear whether the fourth is the person who later died in hospital. 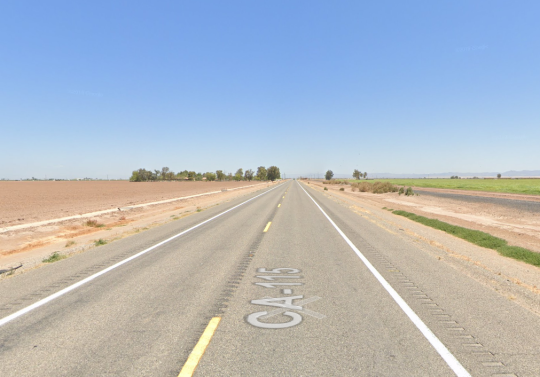 At least 15 people are dead after an SUV carrying 27 people collided with a truck along Route 115 in Imperial, California (File photo – Google)

El Centro Regional Medical Center is treating the other survivors. Hospital spokesman Adolphe Edward said: ‘Patients are going through a difficult time as you can imagine. This was a major accident and we are taking care of them in the emergency room department.’

The vehicle carrying the 27 people was originally described as a bus, but CHP officials later clarified that it was a sports utility vehicle.

Fifteen first responders, four medical helicopters and five fire engines were present at the scene of the smash shortly after 9am PST.

Line up, when is it and how can I get tickets?