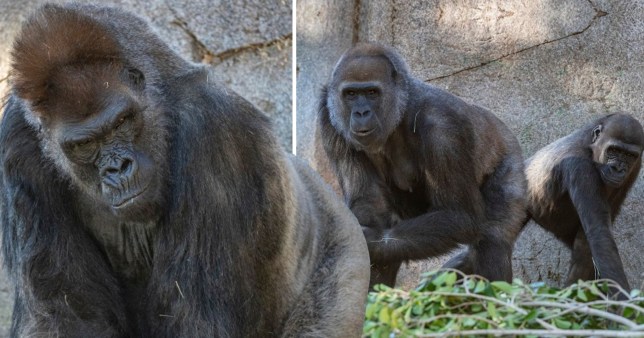 The San Diego Zoo has vaccinated a number of its great apes against Covid in a world-first, after several gorillas fell ill with the virus at the beginning of the year.

Four orangutans and five bonobos have been given an experimental jab developed by Zoetis, a veterinary pharmaceutical company, National Geographic reports.

Karen, who was the first orangutan in the world to have open-heart surgery in 1994, has been immunised with the vaccine, which is not for human use.

It marks the first known vaccinations of great apes, with the Zoetis jab only tested before on cats and dogs.

There have been no adverse reactions after the animals were injected with two doses in three weeks, the zoo said.

Blood will be taken from Karen and one of the bonobos to find whether they are developing antibodies.

The gorillas infected with Covid at the beginning of the year are doing well and appear to be on their way to a full recovery, officials have said.

Several of the animals were seen coughing and experiencing many of the same symptoms as humans in January. 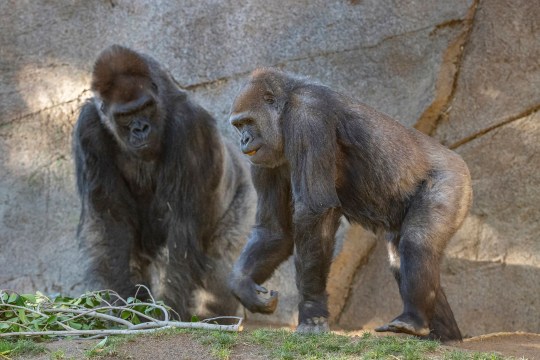 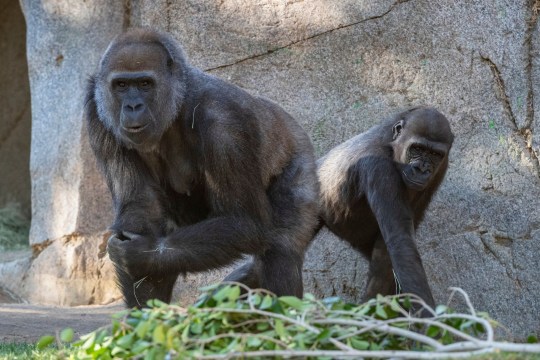 There have been no adverse reactions to the Covid jab in the great apes (Picture: San Diego Zoo Global/AFP via Getty) 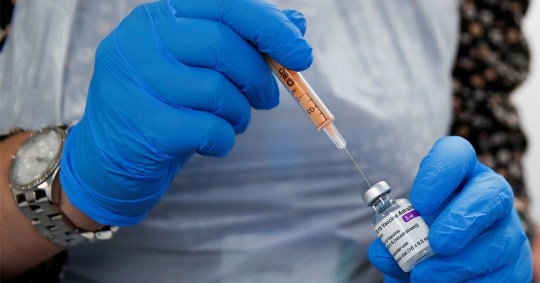 The experimental jab (not pictured) is not to be used on humans (Picture: Reuters)

Silverback Winston, who is 49 years old, also fell ill with heart disease and pneumonia, but is getting better following experimental antibody treatment.

These gorillas will not be vaccinated as experts ‘assume’ their immune systems have already developed antibodies to protect them.

Praising the unprecedented fast turnaround, she added: ‘This isn’t the norm. In my career, I haven’t had access to an experimental vaccine this early in the process and haven’t had such an overwhelming desire to want to use one.’

The gorillas aren’t the only animals to catch Covid, with a September study confirming cats and dogs can be infected.

Five tigers and three lions at the Bronx Zoo also came down with the virus last year.