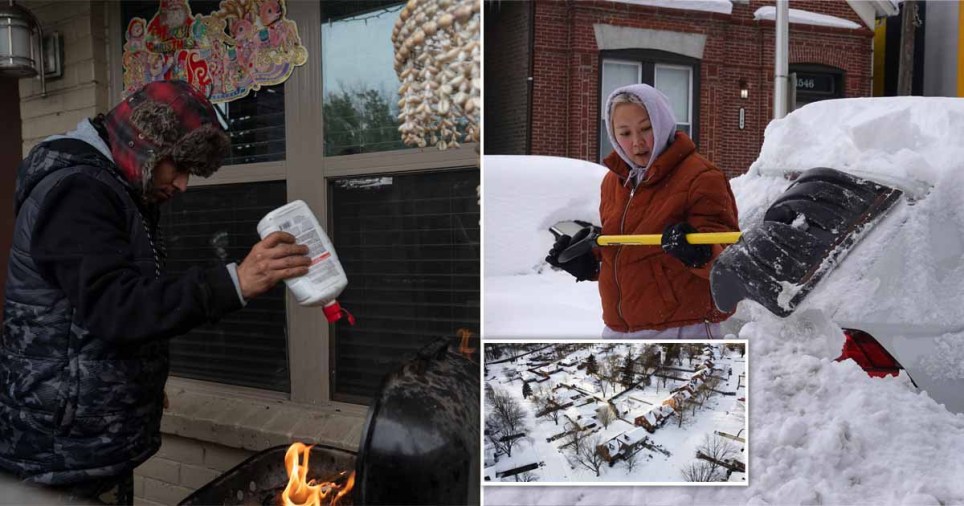 At least 23 people have died and millions of people are spending a third day without power as a record-breaking Arctic storms plunges the Deep South into an energy crisis.

Wind turbines have frozen solid and power generators have been shut down in Texas where a state of emergency has been declared as Storm Uri batters the state with snow and ice.

Temperatures have plunges to -8F (-22C) in parts of Texas, leading to energy bosses being forced to cut off power to millions of Americans due to an unprecedented surge in demand. Such cold weather is almost unheard of in the Lone Star State and hasn’t happened since the early 1900s.

Hundreds of thousands have been without power since Monday and some say they have been in the dark for 36 hours at a time. As a result, families have had to try to stay warm as best they can around fireplaces while wearing several layers of clothing inside their powerless homes. 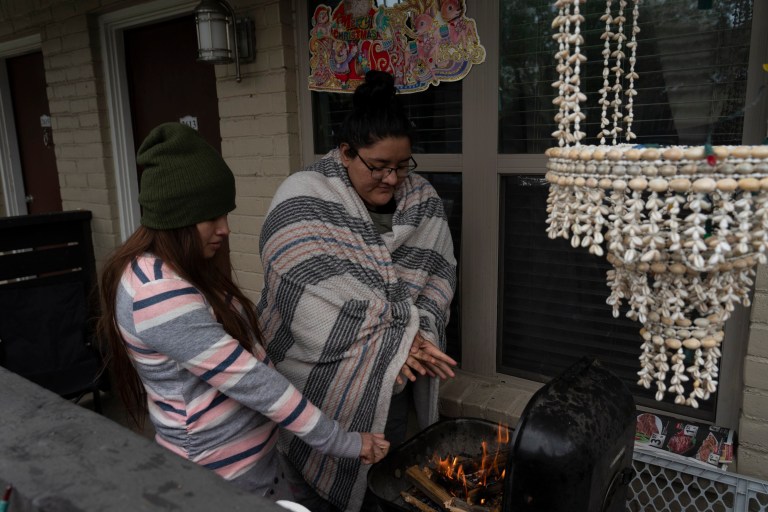 Karla Perez and Esperanza Gonzalez warm up by a barbecue grill during power outage caused by the winter storm on February 16, 2021 in Houston, Texas (Picture: Getty) 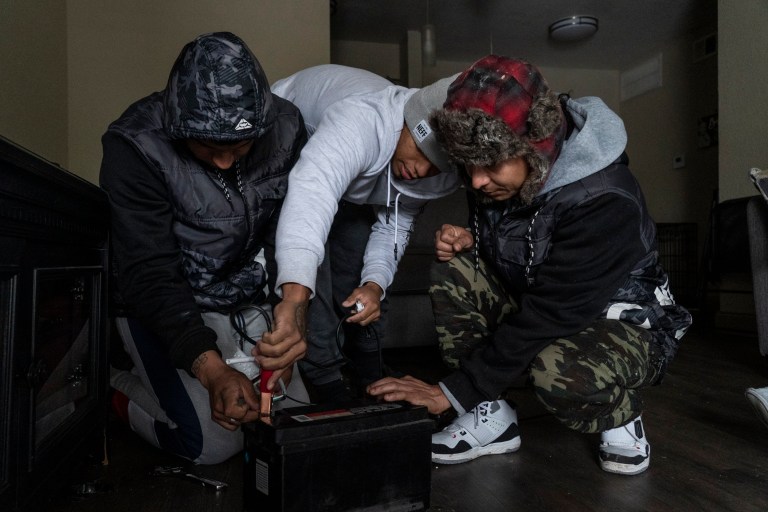 Elias Mejia, Bryan Mejia, and Victor Zelaya try to connect power cable to a car battery to change their smartphones during power outage caused by the winter storm on February 16, 2021 in Houston, Texas (Picture: Getty) 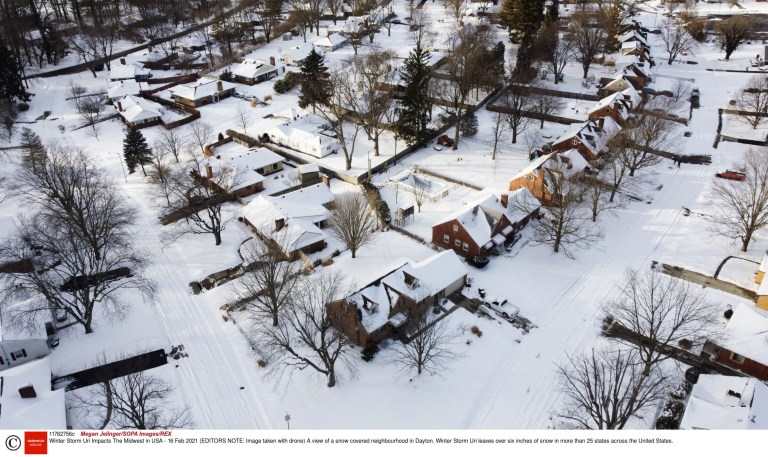 Winter Storm Uri has dumped over six inches of snow in more than 25 states across the United States (Picture: SOPA Images/REX) 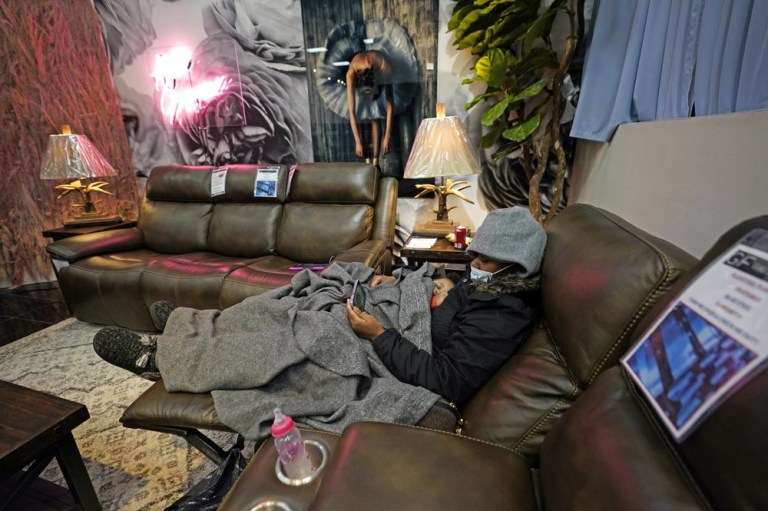 Furniture stores in Texas have opened their doors to residents who are struggling to keep warm (Picture: AP)

So far the cold snap has led to at least 23 deaths, including a family of four who perished in a house fire in Houston while using a fireplace to stay warm. Yesterday, a woman and a girl died from carbon monoxide poisoning after trying to keep warm inside a running car when their home was cut off.

Officials in Harris County, Texas, have reported more than 300 carbon monoxide poisoning cases as people enduring the deep freeze use barbecues and generators indoors. The conditions have been worsened by several inches of snow in some place.

A ten-year-old boy sadly died after falling into a frozen pond in Tennessee, reports WMC 5.

Three people were also killed after a tornado, caused by the same weather system, hit Brunswick County, in North Carolina, late on Monday and flattened many homes in its path.

Icy roads may have also been a contributory factor in a 133-vehicle pileup in Fort Worth, Texas, last Thursday, that claimed the lives of six people.

The power was first cut off in Texas on Monday by Electric Reliability Council of Texas (ERCOT) and said it must restrict supply to households on a rolling basis to ‘prevent hospitals, police stations and fire stations’ from being cut off. 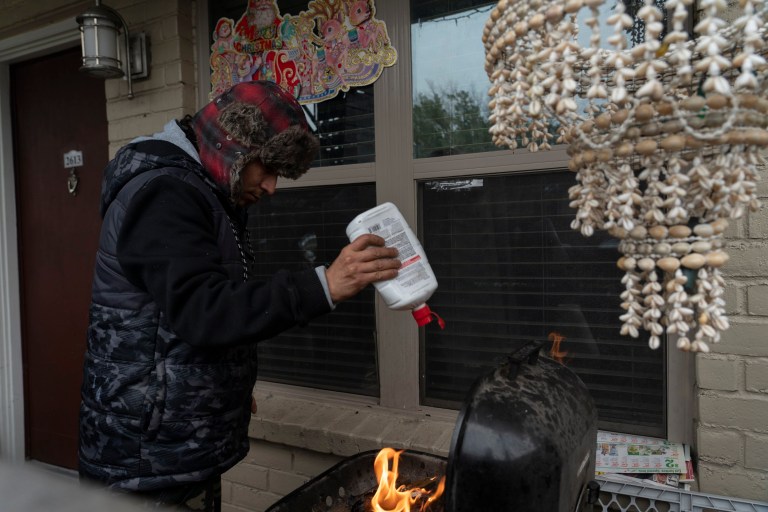 Victor Zelaya tries to start a fire on a barbecue grill during power outage caused by the winter storm on February 16, 2021 in Houston, Texas (Picture: Getty) 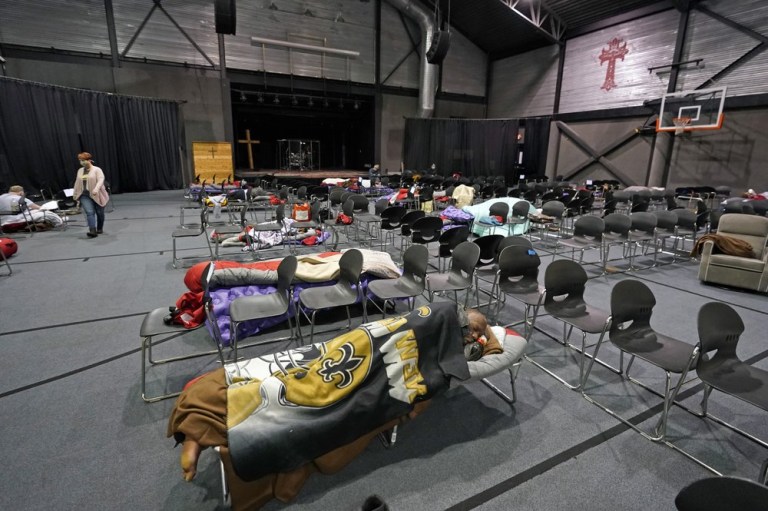 People endure the cold in a warming center in Houston, Texas (Picture: AP) 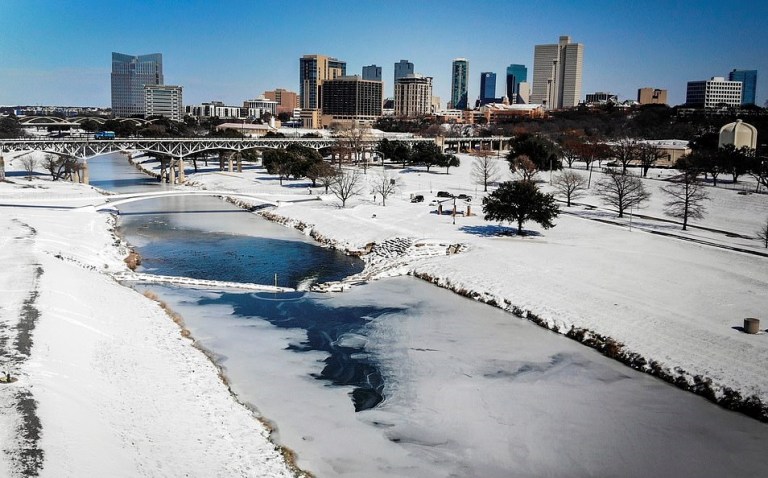 Fort Worth, Texas, is enduring a deep freeze (Picture: AP)

Some two to three millions Texans have been left shivering without heating for two full days up to now as Texas’ power grid failed when the extreme cold hit. Energy supplier, Entergy, also began rolling blackouts last night in Arkansas, Louisiana, Mississippi – leaving a total of up to five million effected by rolling blackouts.

Texas governor Greg Abbott has demanded an investigation into the grid operator, ERCOT, after the power network was brought to its knees by the cold weather.

Anger is growing among many in the state and people say they have not been told when their power supply will be restored, reports AP.

Amber Nichols, from Austin, Texas, has said she has had no power since early Monday.

‘We are very angry. I was checking on my neighbor, she’s angry, too.

‘We’re all angry because there is no reason to leave entire neighborhoods freezing to death.’

The Southwest Power Pool, a group of utilities covering 14 states, said the blackouts were ‘a last resort to preserve the reliability of the electric system as a whole’. 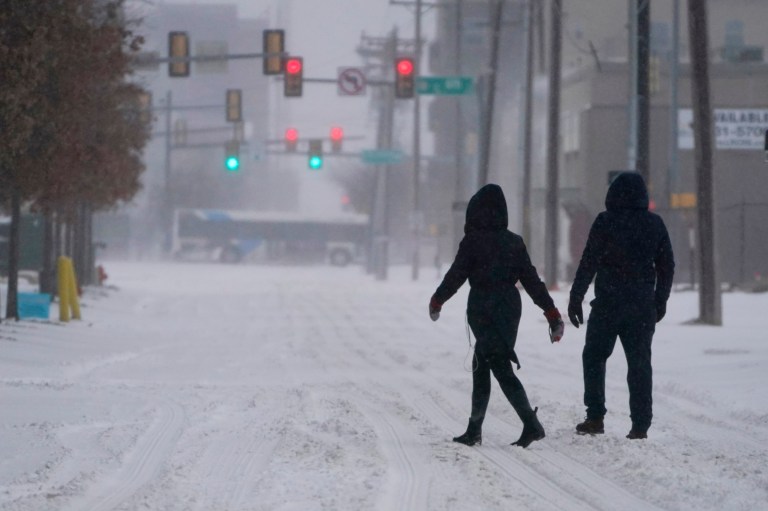 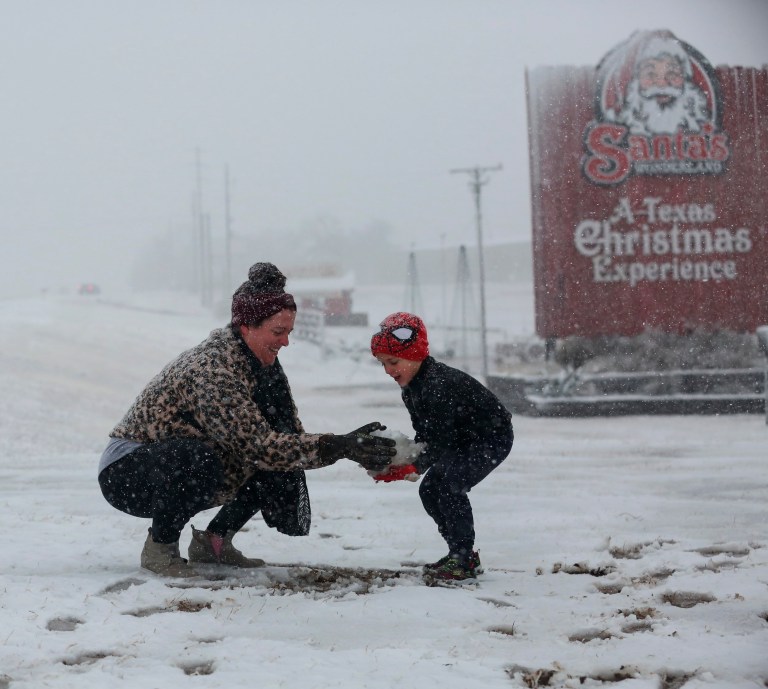 A mother and her son play in the snow in College Station, Texas (Picture: AP) 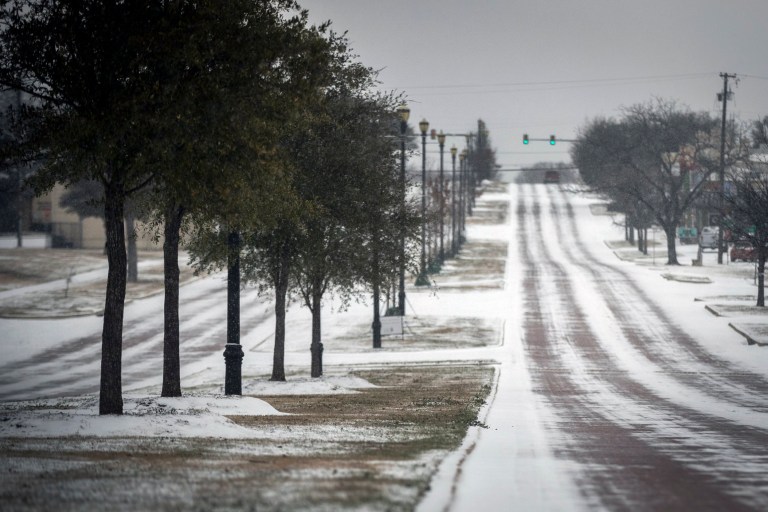 Fort Worth, Texas, has endured temperatures in the low teens for a week (Picture: AP)

Yesterday, the Federal Emergency Management Agency said Texas had requested 60 generators and that hospitals and nursing homes would get priority. More than 30 warming shelters were also set up in the state to accommodate more than 1,000 people who are struggling to keep warm.

Houston Mayor Sylvester Turner has said that more than one million people in the city are still without power and has demanded action over the outages.

He said: ‘It’s critically, critically important to get the power restored as quickly as possible. It’s priority number one.’