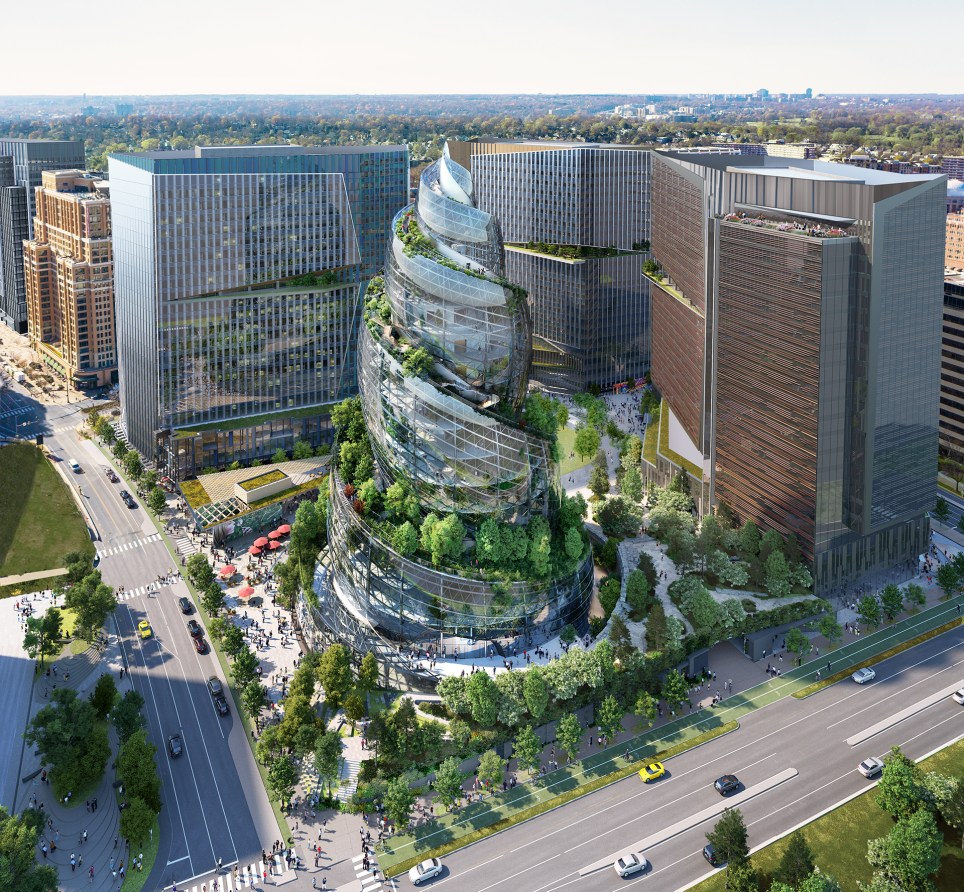 Amazon has unveiled the second phase of plans for its dramatic new HQ in Arlington, Virginia.

The centerpiece is a dazzlingly impressive archaeological construction called ‘the Helix’ which bears a striking resemblance to the famous poop emoji. Albeit one made out of glass and covered with trees.

In fact, it’s modeled on a twirling DNA helix, which is what prompted the name.

The tech giant, which also announced that CEO Jeff Bezos will step down, explained the Virginia headquarters was a long-term investment.

On the inside, the Helix will feature a ‘variety of alternative work environments’ available to Amazon employees. While the outside will boast two sets of spiraling hike paths filled with local plants and trees. 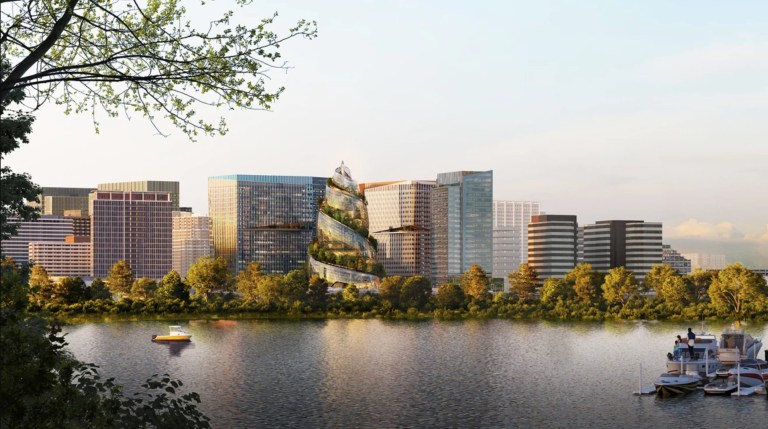 The building is set to be 350-feet tall, so it’ll be a good walk for any ambitious Amazon workers.

Amazon isn’t new to eye-catching office design. In the company’s native Seattle its headquarters include the Spheres – three giant globes filled with greenery and different levels. Amazon uses the space for employees and sometimes to launch new products. 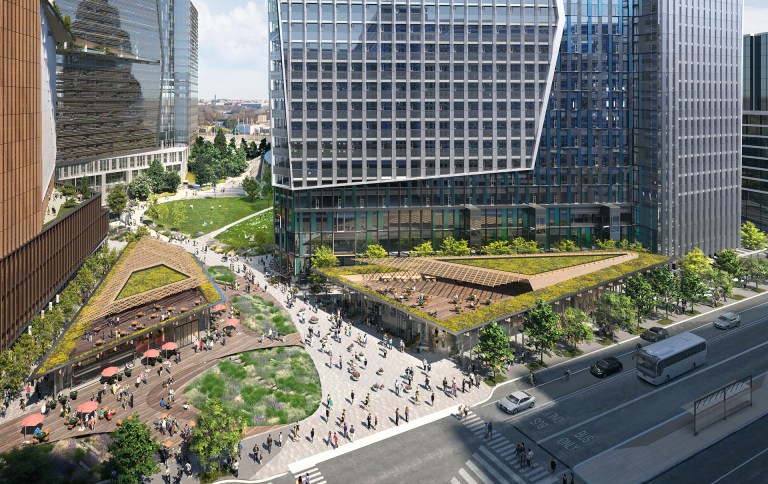 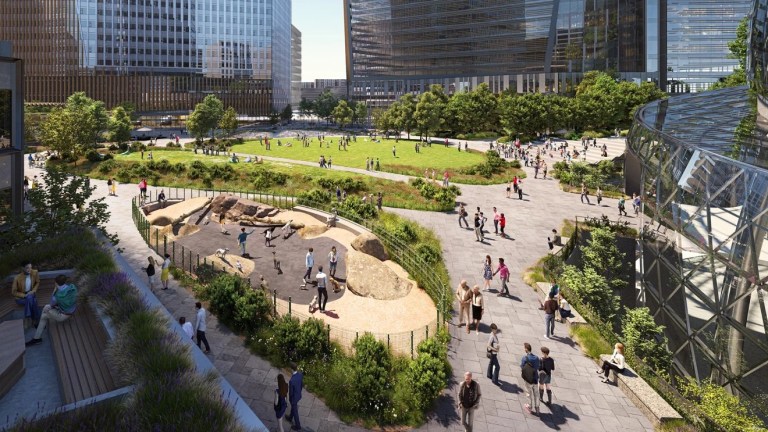 Besides the giant poop Helix, there will be two other 22-storey buildings created in Virginia that will house the 25,000 jobs Amazon is creating in the area.

‘Today, we submitted our proposed development plans for the second phase of new construction for our Arlington headquarters. For this project, we’re doubling down on the importance of fostering an open and inviting community by creating a new destination for local residents,’ Amazon said in a press release. 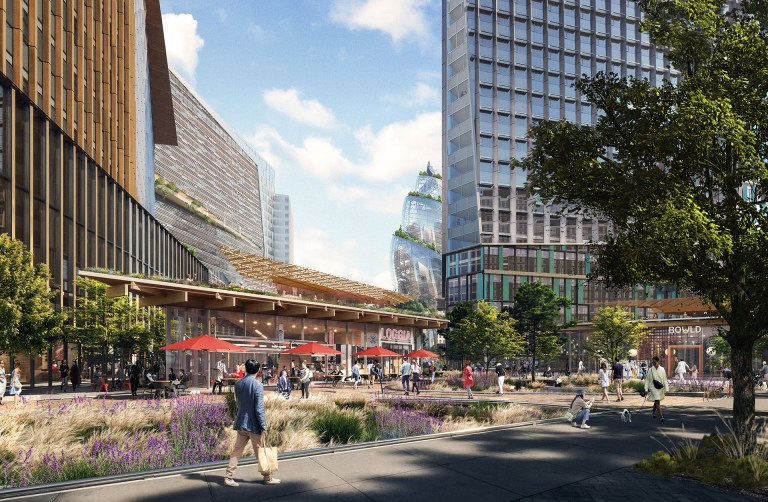 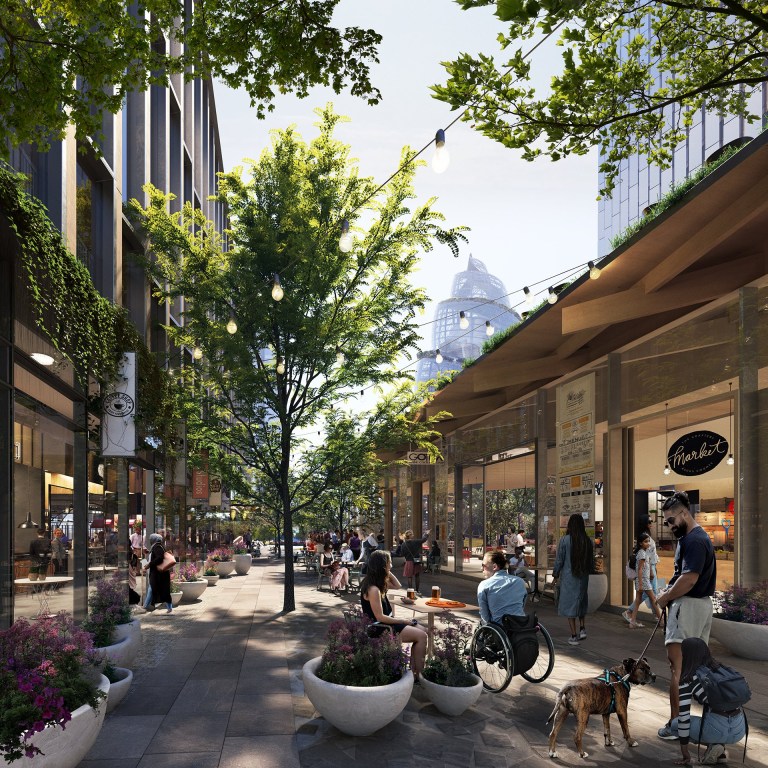 ‘Designed by leading architecture firm NBBJ, our plans also infuse nature into the urban landscape and create a unique, sustainable environment where our employees can work and invent for our customers.

‘Our designs create open and active spaces that aim to bring people closer to nature in an effort to further nurture innovation and creativity.’

The company says it is investing $2.5 billion into the area over the next decade.