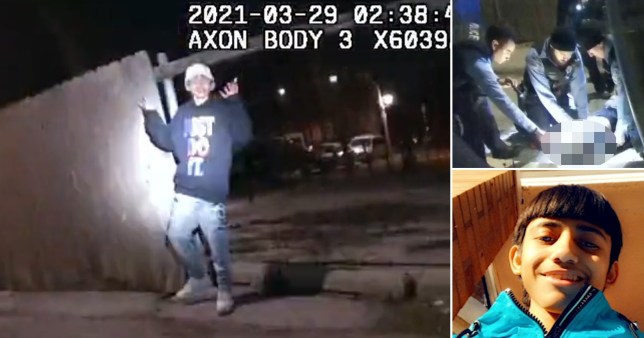 A 13-year-old boy who was shot dead by a police officer had his hands raised in the air when the cop opened fire, new body camera footage appears to show.

Authorities initially indicated Adam Toledo had a gun in his hand as he turned back to face officers following a chase in Chicago, Illinois.

But a weapon wasn’t visible in a video released on Thursday by The Civilian Office of Police Accountability.

As the teenager slows his pace, the cop yells ‘Hands, show me your f***king hands, stop!’

Adam then stops and turns towards the officer to put his hands up as the cop yells ‘drop it!’.

Halfway through repeating this command, Stillman opens fire. It takes a total of 19 seconds from when he steps out of his police car to when he shoots the boy.

Police said a handgun Adam had been carrying was discovered at the scene behind a fence.

Stillman can be heard calling for an ambulance and telling the young man to ‘stay awake’.

The officer then says he can’t feel a heartbeat and begins administering CPR. Adam was pronounced dead at the scene. 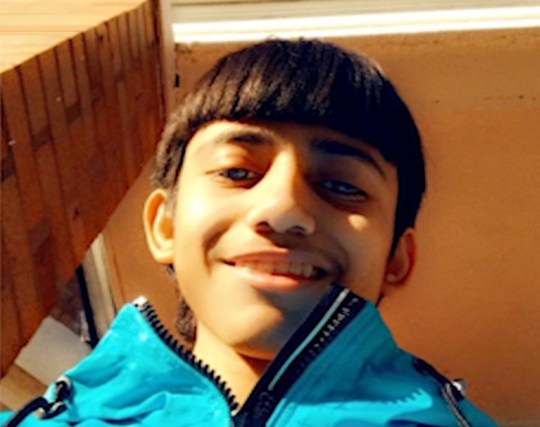 It takes 19 seconds from when the cop gets out of the police car to when he shoots Adam (pictured) (Picture: Family Handout)

The Cook County State’s Attorney’s Office told WGN9 claims that the boy turned towards the cop with a gun in his right hand were inaccurate and the attorney who said this ‘failed to fully inform himself before speaking in court’.

The incident occurred as officers responded to reports of gunshots detected by police technology on 29 March.

Adam, who was Latino, ran off with Ruben Roman Jr, 21, when confronted by officers. Roman Jr was arrested on a misdemeanour charge of resisting arrest.

She said: ‘Those videos speak for themselves. If you are shooting an unarmed child with his hands in the air it is an assassination.

‘His hands were empty when he was shot in the chest at the hands of the officer.’

The family has urged supporters to ‘remain peaceful’ following weeks of protest over the boy’s killing.

The board initially said it couldn’t release the body cam footage because it involved the shooting of a minor – but this changed after the mayor and police superintendent called for the release. 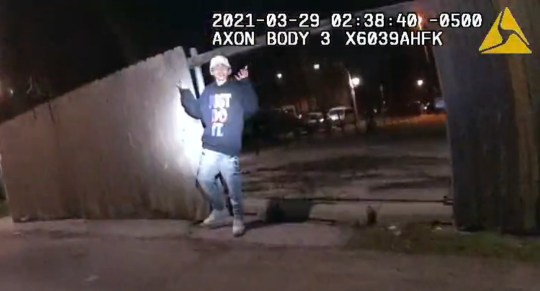 The teenager appeared to have his hands up as he was fatally shot (Picture: COPA Chicago) 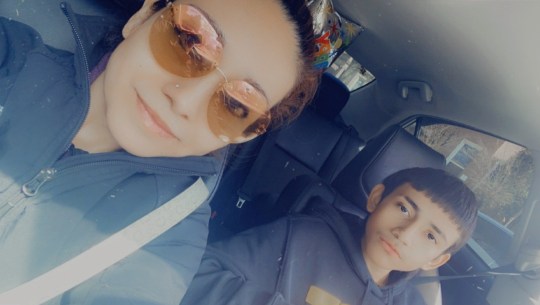 The Toledo family attorney has named the incident an ‘assassination’ (Picture: GoFundMe)

’At this point the officer was faced with a life-threatening and deadly force situation. All prior attempts to deescalate and gain compliance with all of the officer’s lawful orders had failed.’

It comes after black man Daunte Wright was shot dead after being pulled over for having an ‘air freshener hanging from mirror’ in Minnesota.

Officer Kim Potter has been charged with second-degree manslaughter after ‘accidentally discharging’ her gun rather than her Taser.

The Wright family’s lawyer Ben Crump has named the killing an ‘intentional, deliberate, and unlawful use of force’.

The wider Minneapolis area is currently awaiting the outcome of the trial for Derek Chauvin, the first of four officers charged in George Floyd’s death.