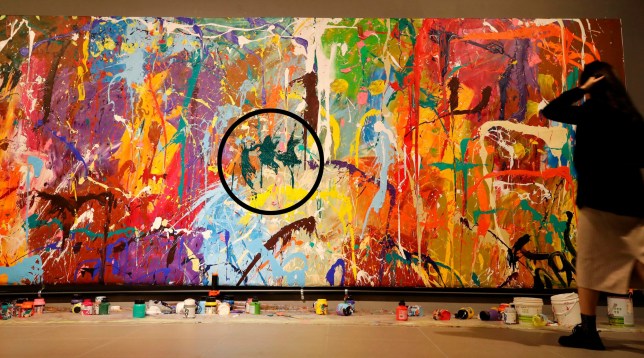 A couple unwittingly vandalized this $440,000 graffiti painting after mistaking it for ‘participatory art.’ They added the three dark green splotches, pictured towards the center of the canvas, circled (Picture: AP)

A couple unwittingly vandalized a $440,000 graffitti canvas after it was displayed with open paint posts scattered around it.

The unnamed couple mistook the artwork, by American star John Andrew Perello, known as JonOne, for ‘participatory art,’ and decided to add three dark green blotches of their own last Sunday.

They are said to have done so despite a sign saying the brushes and paint were part of the display, and a barrier erected to keep observers back from the huge canvas, which is named ‘Untitled.’

It was being shown at the Lotte World shopping mall in Seoul, South Korea at the time of the incident, which was captured on surveillance cameras. Afterwards, the couple, who are in their 20s, were arrested, but were later released without charge. 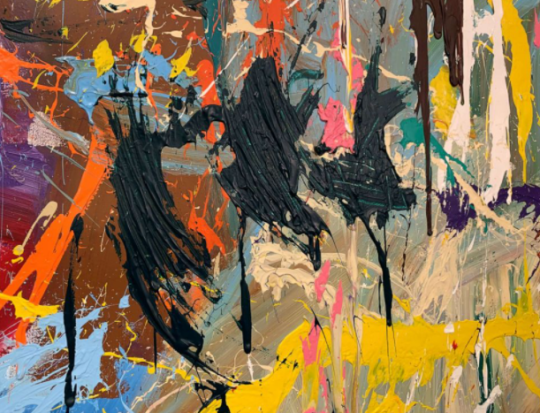 JonOne now wants his canvass restoed, but has asked for it to be fixed in a way that does not see the couple who vandalized it forced to pay towards the cost of repairs.

He spoke of his anger at having his work ‘defaced’, and told The New York Times: ‘Art should be religious. You don’t paint on a church.’

Insurers say that restoring the painting will cost $9,000, and that they are unable to do so without allocating at least some of that cost to the couple who damaged it.

Art agent Jinyon Son, who organized the exhibit, shared an alternative solution her agency has proposed. 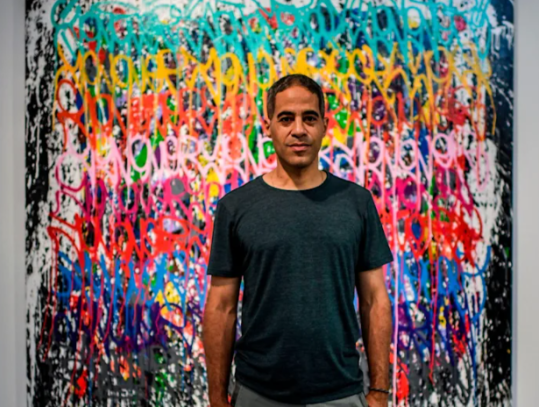 Artist John Andrew Perello, known professionally as JonOne, is angry his painting was ‘defaced,’ but says he does not want the couple involved to be punished (Picture: Getty)

She explained: ‘We are trying to persuade the artist to consider not restoring his work. We have showed him the reactions from social media, which are favorable to his work but also sympathetic to the couple.

‘For us, the incident was baffling because we clearly stated in the caption that the paint cans and brushes were part of the artwork and also drew clear lines to separate the piece from spectators.’

The huge painting has become more popular with visitors since it was vandalized, and is now a magnet for selfie-takers.

Some fans have even claimed the vandalism improved the artwork, and called for it to be left as it is.

Daily UK Covid cases fall by 7% in a week as 3,150 more infections and another 60 die days before lockdown eases