Volodymyr Zelensky has lashed out at NATO’s stance towards the Ukraine crisis (Picture: REX/Facebook)

Ukraine’s president has hit out at NATO for refusing to impose a no-fly zone over Ukraine.

NATO and many Western leaders have said imposing a no-fly zone is not part of their plans, as doing so would mean shooting down Russian planes.

They say this would escalate the conflict and drag many countries into an all-out war, instead insisting on bolstering their territories’ defences while supplying Kyiv with weapons.

But Zelensky claimed the lack of a no-fly zone has effectively ‘given the green light for the bombardment of Ukrainian cities and villages’. 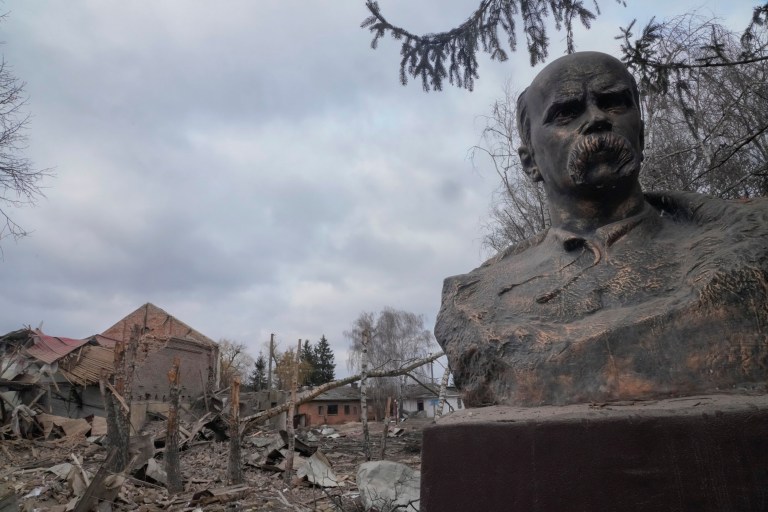 A bust of Taras Shevchenko, Ukrainian poet and national symbol, stands against the background of a house of culture ruined by airstrikes in the village of Byshiv, 40 kilometres west of Kyiv (Picture: AP) 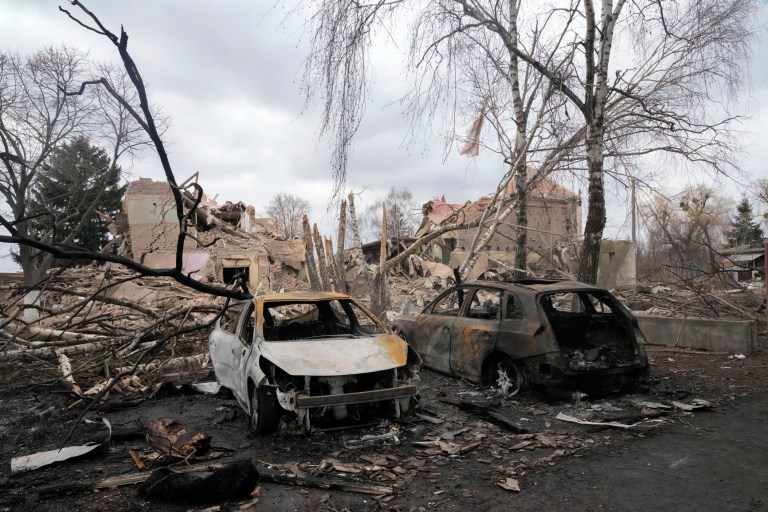 Zelensky said the absence of a no-fly zone has ‘given the green light for the bombardment of Ukrainian cities and villages’ (Picture: AP) 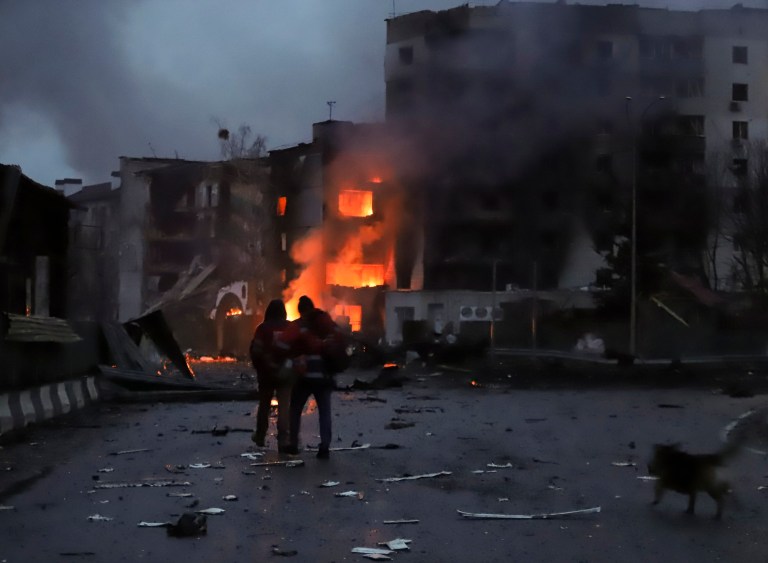 ‘Our cities are being destroyed, our people and children, residential areas, churches, schools are being shot. Everything that provides normal people’s life is being shot.’

In a separate video message to antiwar protesters in several European cities, Zelensky continued to appeal for help. telling them: ‘If we fall, you will fall.’

The UN Security Council will hold an open meeting Monday on the worsening humanitarian situation.

The United Nations estimates that 12 million people in Ukraine and four million fleeing to neighbouring countries in the coming months will need humanitarian aid.

While the vast Russian armored column threatening Ukraine’s capital remained stalled outside Kyiv, Putin’s military has launched hundreds of missiles and artillery attacks on cities and other sites across the country.

Russian forces did not make significant progress yesterday in their offensive to sever Ukraine’s access to the Black Sea and the Sea of Azov, which would deal a severe blow to its economy.

There were also no changes in the north and the east, where the Russian offensive has stalled, meeting fierce Ukrainian resistance.

He said Ukrainian forces were still holding the northern city of Chernihiv and the southern city of Mykolaiv.

Clairo reschedules five US shows due to sinus infection