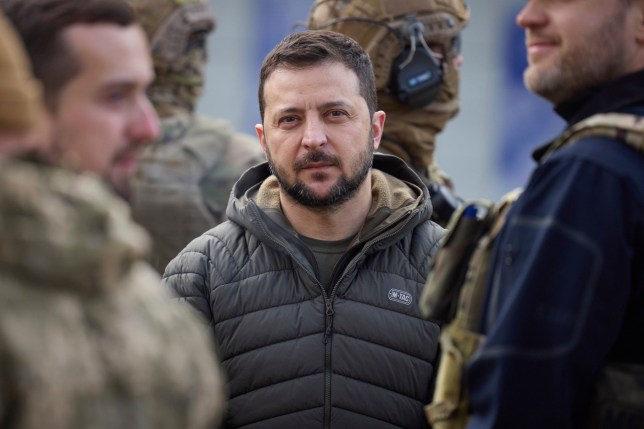 The Ukrainian President has insisted the rocket was not from Ukraine and is demanding access to the blast site (Picture: AP)

Volodymyr Zelensky has backed his security forces saying ‘he cannot, not trust’ information that claims a deadly missile blast was caused by Russia.

His comments come despite claims from several world leaders that it could have been fired by Ukrainian forces at an incoming Russian missile.

It is believed the Soviet era rocket may have veered off course in the attack, causing the explosion in Przewodow.

The Ukrainian president said he had no doubt the explosion at a grain silo in was not caused by a home missile, and called for more modern technology from NATO.

He said ‘I have no doubt that it was not our missile,’ and that he had based his conclusions on reports from Ukraine’s military which he ‘cannot but trust’.

Zelensky also said he believes that Ukraine should already have been given access to the site of the explosion to determine where it came from.

He said: ‘Do we have the right to be in the investigation team? Of course.’

Havrylov said Putin was responsible for the attack, although he admitted that his government’s use of Soviet-era weapons could sometimes result in ‘accidents’, according to The Times.

Zelensky also confirmed Kyiv had received no offer from Moscow to start peace talks despite concerns of an escalation in the war following the incident. 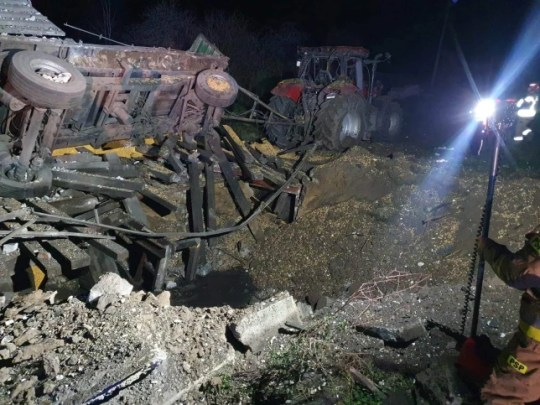 The aftermath of the explosions in Przewodow (Picture: Facebook) 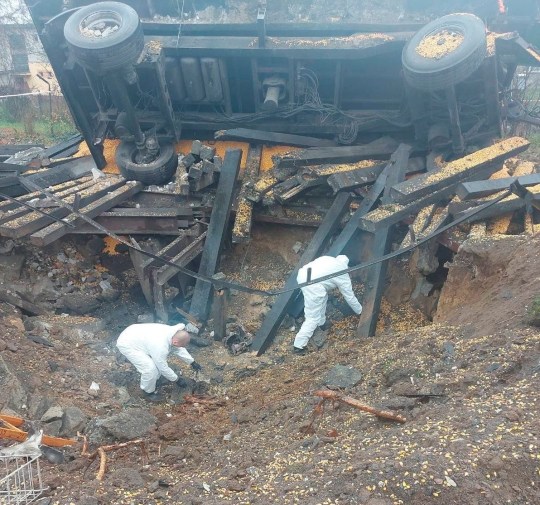 The explosion ripped through the grain factory in Poland (Picture: Reuters)

Kremlin spokesman Dmitry Peskov said this week that Ukraine was not interested in holding peace talks with Russia, but Zelensky declared: ‘[The Russians] do not communicate with us.’

Bogusław Wos, 62, the foreman of the grain warehouse, and Bogdan Ciupek, 60, a tractor driver, were killed around 3.40pm on Tuesday when an S-300 rocket hit the farm.

It was initially feared the missile could have been fired by Putin’s forces, sparking a confrontation between NATO and Russia that could have spiralled into WW3.

Warsaw initially claimed it came from, Russia, which could have seen NATO invoking Article 5 in which an attack on one country is considered an attack on all of them.

Now leaders have said it was probably launched by Ukrainian air defence, easing fears that the strike could drag NATO into direct conflict with Russia, but giving Vladimir Putin excuse to lash out at the West.

The Kremlin has now summoned the Polish ambassador to Moscow to the foreign ministry to explain their ‘absolutely hysterical’ reaction.

But Polish President Andrzej Duda has said it is ‘highly probable’ the Soviet-era weapon was fired by Ukrainian air defence trying to fend off an attack from Russia which then accidentally hit his country. 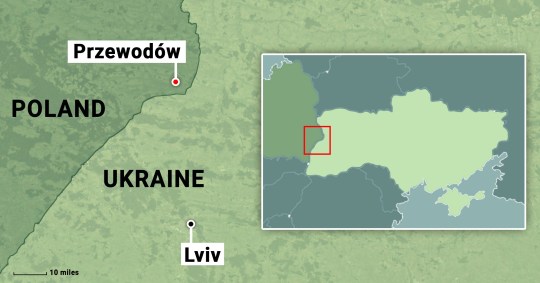 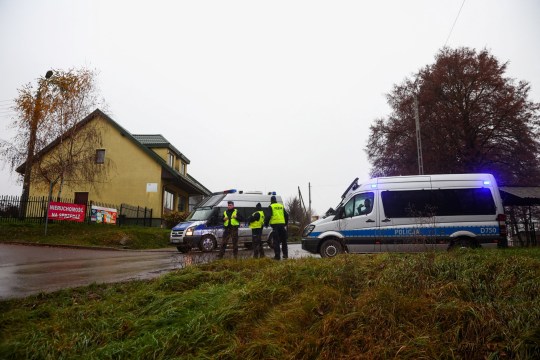 Forensics have been trying to determine where the missile came from (Picture: Reuters) 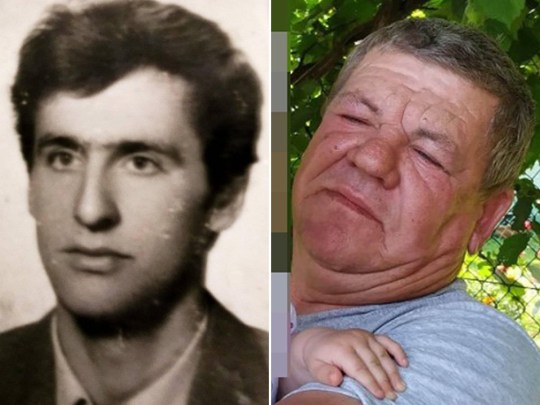 Bogusław Wos, 62, the foreman of the grain warehouse, and Bogdan Ciupek, 60, a tractor driver were killed in the blast (Picture: Reuters)

There is no indication that Poland was deliberately targeted, he added.

He said: ‘Ukraine’s defense was launching their missiles in various directions and it is highly probable that one of these missiles unfortunately fell on Polish territory.’

Jens Stoltenberg, head of NATO, backed that analysis – saying the strike was likely a Ukrainian missile.

However, he added: ‘This is not Ukraine’s fault. Russia bears ultimate responsibility as it continues its illegal war against Ukraine.’

Adding to reports that emerged in the early hours suggesting Biden had also told NATO leaders the rocket was from Ukraine.

The incident marks the first time during the conflict that NATO-member Poland has been directly struck, sparking fears it could warrant a military response.

However, Duda downplayed those fears today, saying it appears the deaths were a tragic accident.

The pair said Russia still bears ultimate responsibility for the strike which would not have happened if it weren’t for Putin’s war in Ukraine, but took the options of a direct military response off the table.

Instead, NATO will discuss strengthening air defences along its eastern border with Germany offering to send jet patrols over Poland, if requested.

The Cure have been turned into new Funko POP! figures