This is the sickening moment a professional wrestler kicked his trainee rival in the head, breaking his face, after ‘seeing red’ during a match.

James Riley, 33, booted Rob Wilson after a misplaced kick from his opponent aggravated a pre-existing injury during a wrestling bout held in a Dorset scout hub.

The junior wrestler, 32, who also works as a sales agent, said his face ‘exploded’ and he was left ‘unrecognisable’ after the horrible off-script attack. He suffered fractures to his eye sockets, nose, jaw and teeth and had to undergo three hours of reconstructive surgery to put metal plates put in his face and wire his mouth shut for six weeks.

Now pro-wrestler Riley, who goes by the ring name ‘Jiving Jay Knox’, has been jailed for nearly two years after pleading guilty to GBH.

Afterwards Mr Wilson, a married father of two young daughters, said: ‘He could have killed me so I am 100% glad he has been jailed

‘What happened to me was not a wrestling accident – it was not part of the show – it was assault.

‘He took the conscious decision to hurt me, he betrayed the trust I placed in him and he left me recognisable.’ 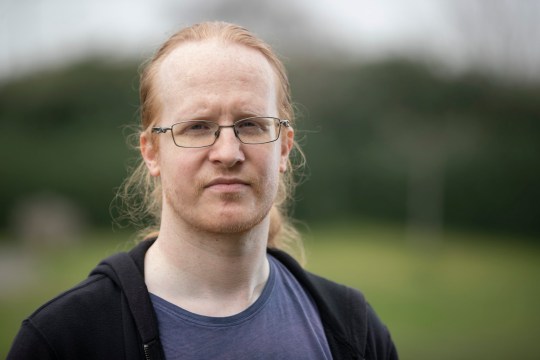 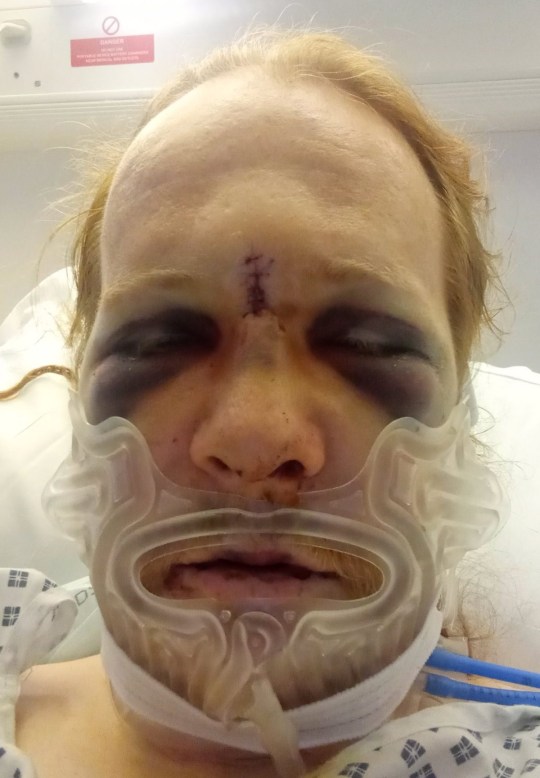 Mr Wilson, from Poole, had been a student under Riley and was hoping to become a part-time ‘weekend’ wrestler.

Part of the course was for students to take part in live events, or slams, in front of a live audience.

Days before the show at the Scout Hut in Ferndown, Dorset, in February 2020, Riley told Mr Wilson there had been a change of plan and he would be going in the ring instead.

The fights would usually be rehearsed but because of the late notice it was agreed Riley, a wrestler with 17 years’ experience, would call the moves out as the fight went on.

Props such as a baking tray a chair and a bamboo cane were used and it was scripted that Riley would end up winning.

Mr Wilson asked best friend Paul Bray to record the fight from his front row seat so he could show it to his wife and children later.

The footage was later used as evidence to convict Riley of the horrific assault. 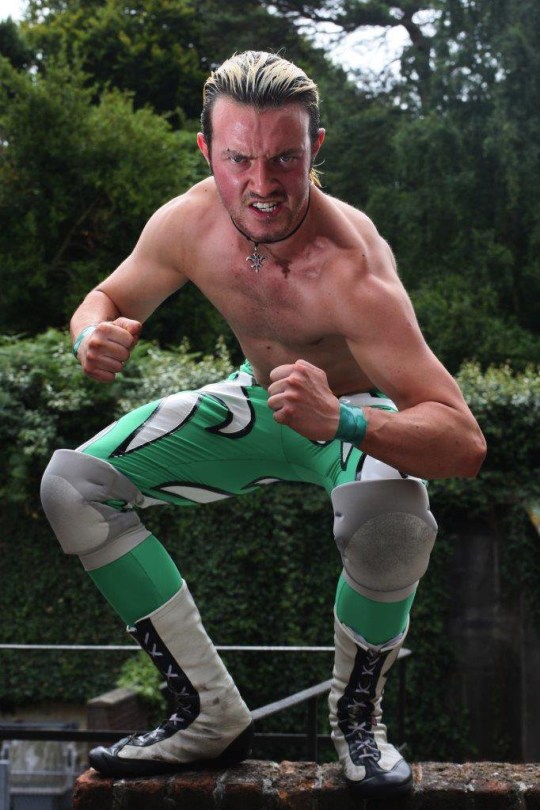 Mr Wilson said: ‘I had concerns going into the match but I trusted that he was going to call it and it was going to be OK.

‘The assault was a result of his prior instruction. He was down on the floor and because I was the antagonist he said to me I should stay on top of him when he was down.

‘I caught him with a kick to the gut area. He hissed at me “receipt” which is terminology for payback.

‘I positioned myself on my hands and knees and I was expecting him to hit me on the back but instead he kicked me in the face as if taking a goal kick in football.

‘It was the worst pain I had experienced in my life.

‘My face just exploded and I realised it was a lot more than a broken nose. Blood was coming out like fountain and the canvass was red. I could hear the audience yelling to stop the fight.’ 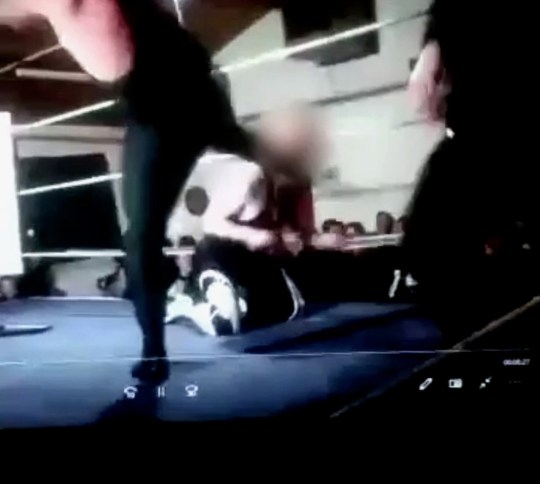 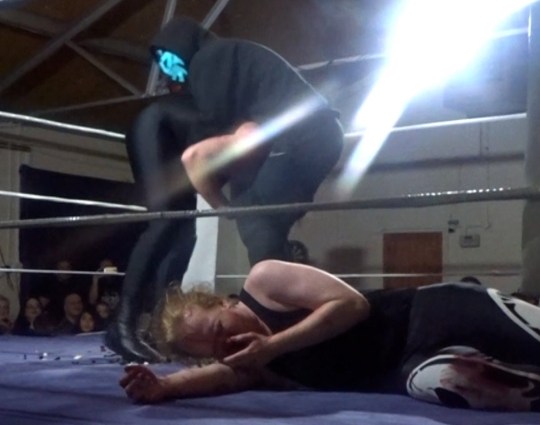 Mr Wilson can be seen bleeding as the match carries on around him (Picture: PaulBray/BNPS)

His friend, Mr Bray, said Riley told other junior wrestlers at his training school the following day he had deliberately kicked Mr Wilson because he had hit some nerve damage.

Mr Wilson said Riley sent him a text in which he said sorry and admitted he had acted like an animal.

The victim has since been diagnosed with PTSD, leading him to lose his high-pressured sales job, and now works as a warehouse operative.

Edward Warren, defending Riley, told Bournemouth Crown Court his client was remorseful for his actions and had since retired from wrestling.

Judge Stephen Climie told Riley: ‘During the course of the bout, which is largely a fictitious event in the sense that it is largely scripted, you suffered a significant degree of pain because of a pre-existing injury.

‘Your reaction to that was to lose your temper and effectively take revenge. That revenge was a single blow with the foot. The consequences are dramatic.

‘It is aggravated in part because you were the person in charge of this situation. It was a blow by a professional wrestler – I cannot allow a suspended sentence.’

Riley, from Ferndown, was also given a 10 year restraining order preventing him from contacting the Wilson family.