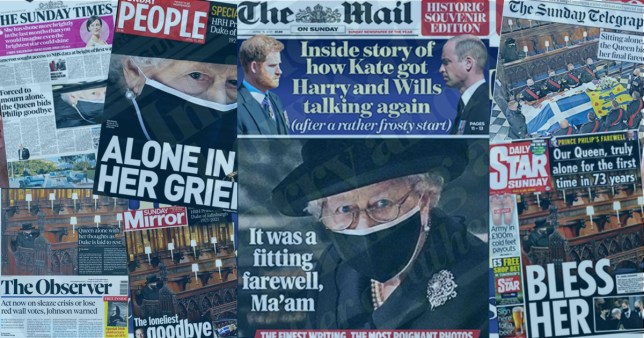 The heartbreaking image of the Queen sitting alone near her late husband’s coffin has dominated the front pages of newspapers around the world.

Most British papers highlighted her solitude in St George’s Chapel during a funeral restricted by Covid rules on social distancing, with the Sunday Mirror calling it ‘The loneliest goodbye’.

‘Sitting alone, the Queen bids her final farewell’, The Sunday Telegraph wrote, while The Sunday Times said the Queen was ‘forced to mourn alone’.

Telegraph columnist Allison Pearson wrote the ‘brutality of social distancing only heightened the widow’s loneliness. How many millions of viewers yearned to reach out and metaphorically embrace their beloved Queen?’

The paper’s editorial said the service had ‘the reassurance of tradition’.

‘Her Majesty, now 94, remains our most valuable connection to the past, to an era, we sense, that was tough but in which people were willing to make tremendous sacrifices in order to secure a better future,’ it said, adding ‘the nation wishes its Queen health and happiness’.

Other papers issued messages of support to the Queen. The Sunday Express’s front page says ‘You’re not alone Ma’am’ while adding ‘we all share her grief’; The Mail on Sunday’s headline offers that ‘It was a fitting farewell, Ma’am’ – while also reporting the Duke of Cambridge and the Duke of Sussex are talking again; and the Daily Star Sunday runs with a simple ‘Bless her’.

Inside, the Mail’s report commented on the monarch’s image as a model of stoic constancy, but said ‘never was the blast of goodwill from her country needed most than when she stood – desolate, masked, alone, without even a hand to squeeze – watching the coffin bearing her husband of 73 years sink dramatically beneath the chapel’s marble floor’. 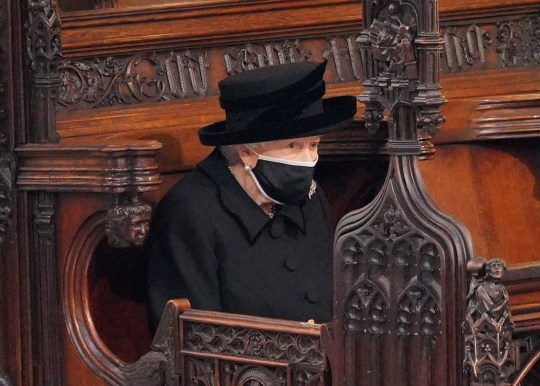 The Queen had to mourn alone inside the chapel due to Covid restrictions (Picture: Getty) 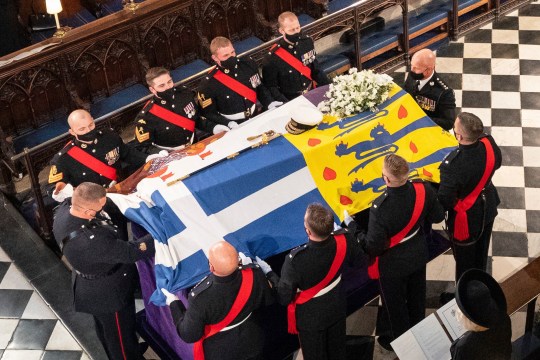 Philip spent 73 of his 99 years married to the Queen (Picture: AP)

In an editorial, the Express praised the duke’s lifetime of service and said the ‘ramrod straight’ events at Windsor seemed reassuring and crystal-clear compared with ongoing rows at Whitehall.

The Malta photograph was one of the pair’s most treasured mementos, according to the royal source cited by MailOnline.

‘Philip’s death is all the more noble and his royal role all the more instructive as it’s been played out against the seedy, backbiting political world of cronyism and lobbying,’ the paper said. ‘Our political leaders had barely drawn breath after paying parliamentary tributes to the Duke before returning to their bickering about whose snout should be in which trough.’

Sunday People struck a more sombre theme, with a dark-toned front page featuring a close-up of the Queen in her black facemask above a headline of ‘Alone in her grief’.

The Sunday Times turned part of its focus onto the heir. A column by Andrew Marr headed ‘Philip energised the Firm. Can Charles repeat the trick?’ said Charles would ‘need to make peace with Harry and keep Britain fascinated by the royal family’. 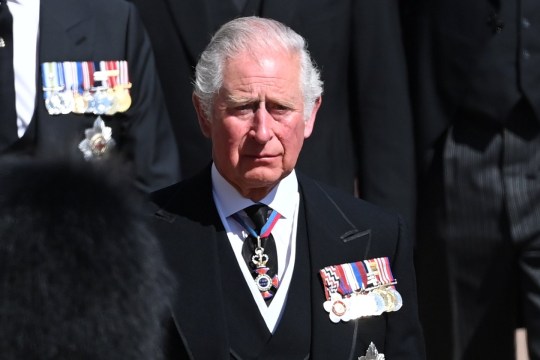 An emotional Prince Charles walks behind his father’s coffin during the funeral procession (Picture: Reuters)

Papers across the world also highlighted the Queen’s solitude.

The New York Times’s main story led, however, on ‘what seemed like a slight easing in the strained relations’ between William and Harry during the service, above a smaller story on the service under the headline: ‘Seeing the queen alone added a painful note for many watching from home.’

The Washington Post echoed that theme with its headline: ‘Image of queen sitting at funeral alone breaks hearts’.

In France, Le Figaro gave considerable coverage to the funeral, with an analysis pondering momentarily whether the loss of her husband could prompt the Queen to abdicate.

‘Without overestimating the strengths of Elizabeth II, the most likely is that she continues to cope. Alone, weakened, but standing and her voice firm, as in her recent speeches. Duty above all, always,’ the analysis said. 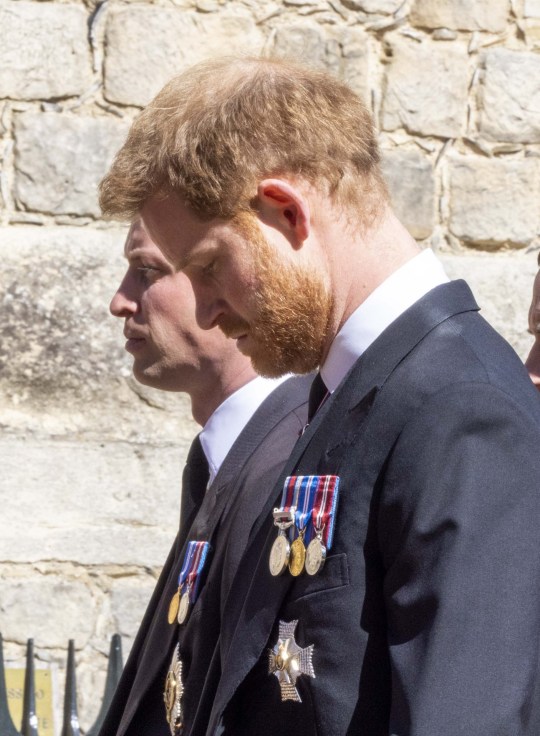 In Spain, El Pais borrowed somewhat from Winston Churchill with its headline: ‘The funeral of Philip of Edinburgh marks the beginning of the end of an era in the UK’.

‘Throughout the week, the media and institutions have devoted themselves to extolling, through the memory of the Duke of Edinburgh, the seven decades of stability provided by the second Elizabethan era,’ the paper’s article said.

‘Each reaffirmation of the value of the monarchy was a reminder that an era is ending.’

Italy’s La Repubblica gave a florid account of the funeral as it also looked ahead to the new royal era, detailing that the Queen looked ‘shrunken in pain and loneliness against Covid’.

‘God save the queen, today more necessary than ever after the ominous farewell to her beloved consort,’ the paper said.

In Australia, the Sydney Morning Herald also focused on the Queen, saying the service was a reminder that ‘for the first time since ascending to the throne nearly seven decades ago, she now carries the weight of the monarchy alone’.