World Cup 2022: What fans locked up in Qatar can expect in prison 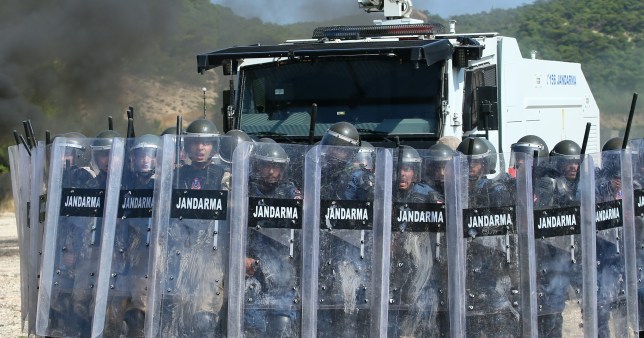 Security is expected to be tight for fans travelling to support their team at the World Cup (Picture: Getty)

Thousands of fans are expected to travel to Qatar to support their teams over three next weeks.

The World Cup is the biggest prize in the sport and the vast majority will manage to enjoy it without getting into bother.

There is, of course, always a minority who manage to find themselves on the wrong side of the law – and despite limited access to alcohol, the odds are a British fan or two might be among them.

Here’s what supporters who get locked up in Qatar can expect and what they’ll experience inside.

What happens when you’re locked up in Qatar?

If a travelling fan is daft or unlucky enough to wind up in a Qatari jail, the first thing that will happen is that all their personal goods – including money – will be seized.

Detainees should be allowed to make a call to family, the embassy or a lawyer but thereafter access to the outside world will be severely restricted.

They will initially be banged up for 24 hours but extensions – which are almost always granted – can be obtained by the authorities putting someone behind bars without trial for up to six months.

For English-speaking fans, the language barrier could represent significant problems as all investigations are conducted in Arabic and access to translators is patchy. 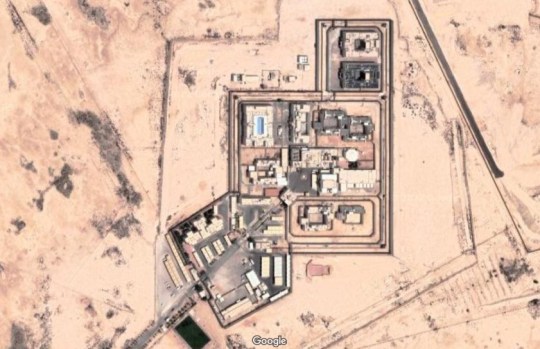 Anyone held for any length of time will probably be taken to the country’s main jail, Doha Central Prison (Picture: Google Maps)

If a detainee is taken from a cell in a smaller police station to a court or Central Prison, the main detention facility in Doha, then things become altogether more uncomfortable.

Prisoners will be shackled in handcuffs and leg chains when transported and will be subjected to an ‘intimate body search’.

For male prisoners, it’s possible their head will be shaved on arrival at the main prison.

Anyone detained during the World Cup pending further investigations is ‘highly likely’ to wash up at Central Prison, according to official UK government advice, and may be forced to wear a prison-issue uniform.

Can you get a pardon?

Under the Qatari legal system, the country’s ruling emir, Tamim bin Hamad Al-Thani, may grant a pardon under certain circumstances if a request is submitted via the British embassy.

To obtain one, the prisoner will need to write a letter making it clear how sorry they are for the offence and official UK advice encourages laying it on thick about missing home and wanting to turn your life around.

However, criticising prison conditions is out of the question, even if they are having a detrimental impact on the detainees health.

The official UK advice goes on: ‘Equally, you must avoid any criticism of the Qatar judicial system and never claim innocence (even if you believe yourself to be innocent) as that implies fault with the system that convicted you.’ 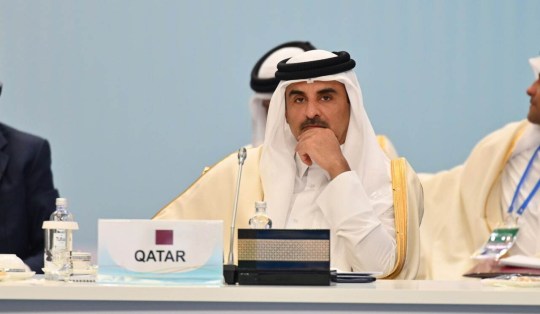 Qatari emir Sheikh Tamim bin Hamad Al-Thani has the power to pardon but has to be convinced (Picture: Getty)

Does what happens in Qatar stay in Qatar?

If a person were to commit a serious offence like drugs trafficking or sexual assault, the embassy in Qatar is obliged to tell police in the UK.

That means that it would be added to your ‘criminal record’ in the event that you needed to have a Disclosure and Barring Services check needed for certain jobs.

It’s unclear if that would be the case if a Brit was arrested for a minor offence (such as consuming alcohol in public) that would only warrant a small fine if it was committed in the UK.

What help is available for detainees?

If a travelling fan is detained in Qatar, the authorities should let them contact the British Embassy as soon as possible (although the official advice from the UK government is that they may find out ‘much more quickly’ via friends or relatives).

It might take as long as 24 hours for embassy staff to be in touch and contact could be further complicated by restrictions on how much officials can tell family without your explicit consent.

Once a member of embassy staff has spoken to the detainee in person or on the phone, they can make welfare checks, provide contact details for an English-speaking lawyer, take note of any complaints and arrange for money to be transferred from home.

But consular staff are limited in what they can do. For example, they certainly can’t magically spring people accused of crimes out of jail, provide legal advice or pay any bail or legal bills.

Can you get visitors to prison in Qatar?

Under prison rules in Qatar, visiting rights only apply to family but may be extended to friends with permissions in certain cases.

There are no set rules on visiting hours and ‘they are likely to change with no notice’, with in-person consular visits usually restricted to Mondays only.

That means that anyone locked up in Qatar could expect to go sometime without seeing a friendly face.

Any home comforts delivered by visitors will also be tightly restricted, especially books or magazines subject to censorship.