AN ELDERLY woman has died after jumping out of a house window to escape a suspected arson attack – as a man is arrested for murder.

The woman, named locally as 83-year-old Peggy Wright, was rushed to hospital after the house fire just before 9.30am in Balsall Heath, Birmingham yesterday. 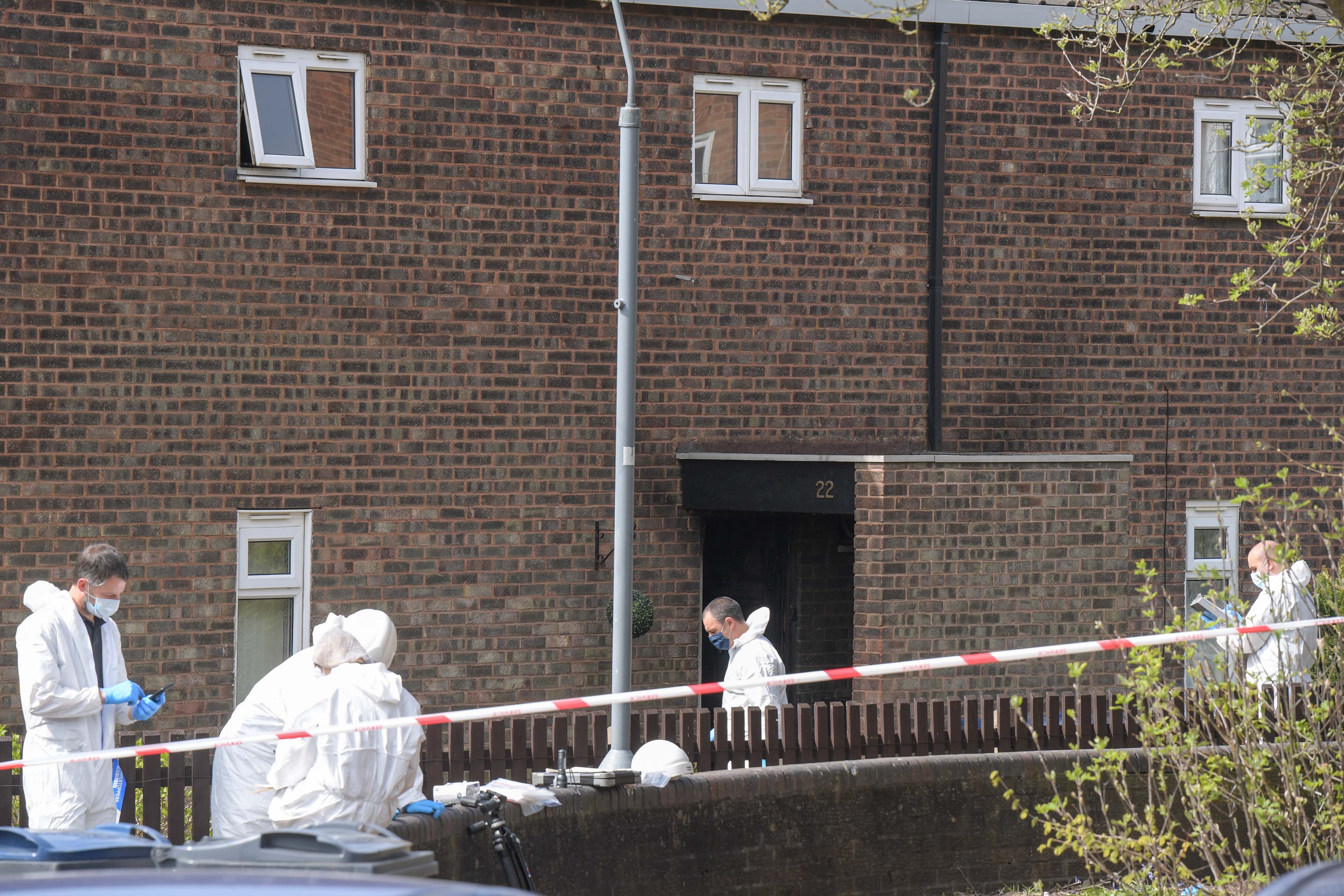 An elderly woman died after jumping out of a house window to escape a suspected arson attackCredit: SnapperSK 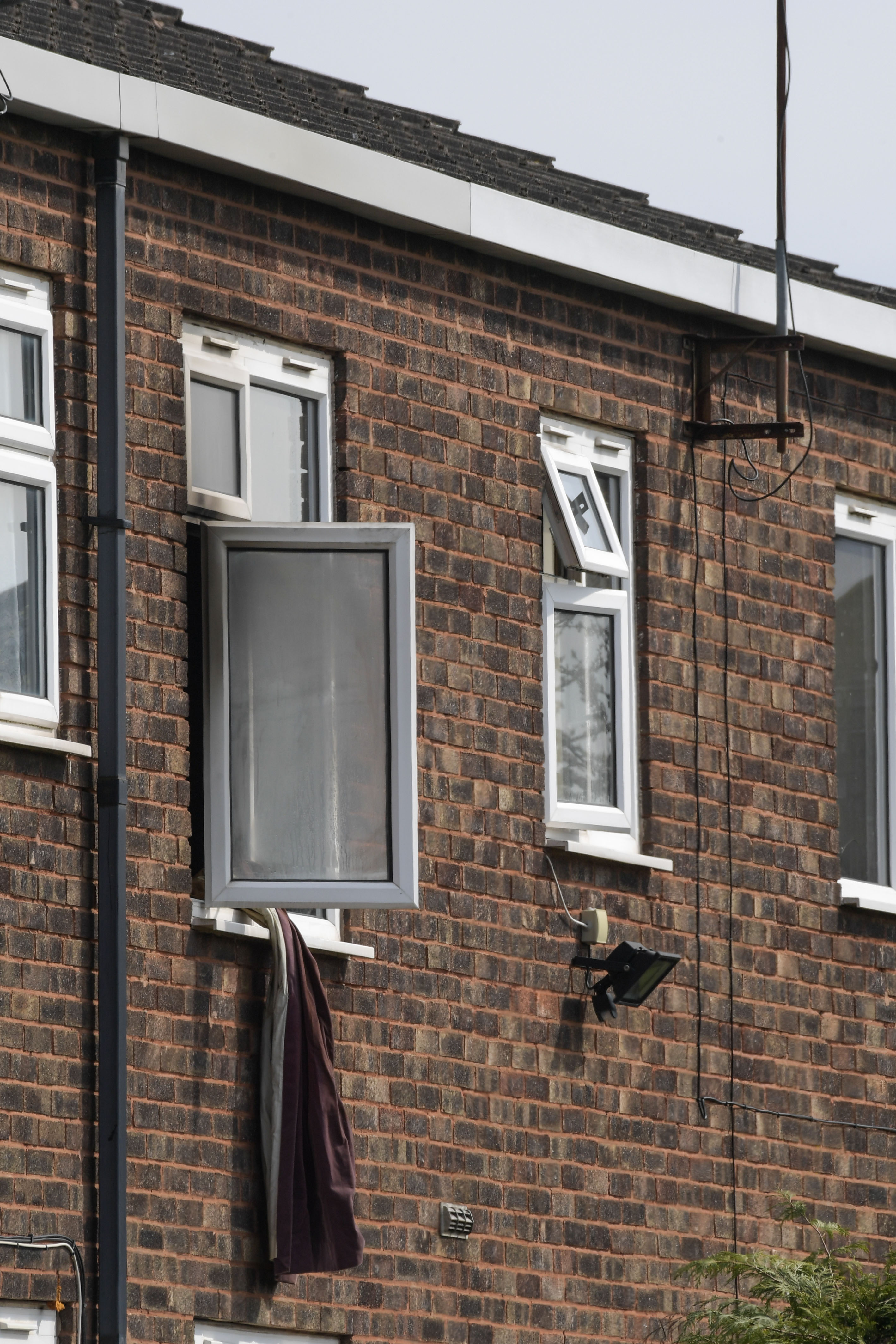 She jumped from a window in this house in Balsall Heath, Birmingham yesterdayCredit: SnapperSK

She was forced to jump 20ft to the ground from a top-floor window to escape the fire.

Rescue teams including two ambulances, paramedics and an air ambulance scrambled to the scene within minutes of neighbours dialling 999.

She was rushed to hospital but died from her injuries last night.

Emotional tributes were left outside Ms Wright’s home, including a card from her sister.

It read: “For a wonderful sister Peggy. Will love and miss you forever, sleep tight.

A resident, who didn’t want to be named, said: “She was an old lady. Her son who lives there with her tried to help her escape.

“It was horrendous. I don’t know their names but her son was devoted to her.”

Cops are treating the fire as arson, and a 46-year-old man was arrested on suspicion of murder.

One neighbour said: “I was hanging the washing out and thought someone’s TV was on because I could hear a commotion and shouting.

“It sounded like someone was screaming for dear life. When I heard sirens and saw smoke coming from the house I knew something awful had happened.

“I didn’t know the woman who lived at the house but another neighbour said they believed a man lived there with his old mum.

“It’s appalling to think that someone has tried to burn them to death in their own home. What kind of a person would do that?”

DI Wes Martin, from West Midlands Police said: “This is a really tragic case, where a woman has sadly died after her own home, a place that should be safe, was set on fire.

“Our thoughts remain with her family at this time and they are being supported by specialist officers.

“A man has been arrested, and at this time we are not currently looking for anyone else in connection with this incident.”

A man, 52, was also treated for serious burns sustained in the blaze.

His injuries are considered to be serious but not life-threatening, cops said.

The house was cordoned off as officers and fire crews investigated the scene. 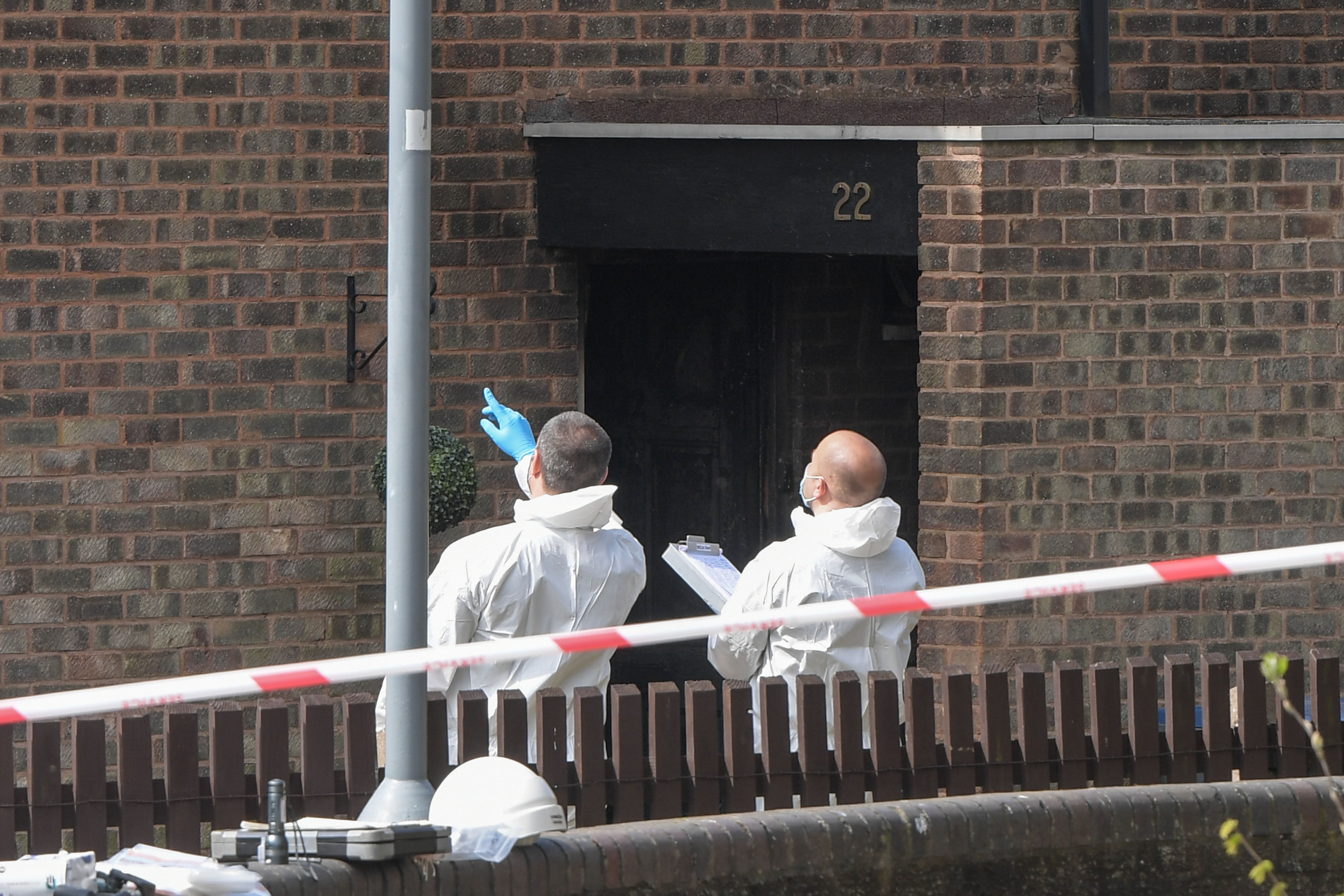 The woman was forced to jump 20ft from a top-floor windowCredit: SnapperSK 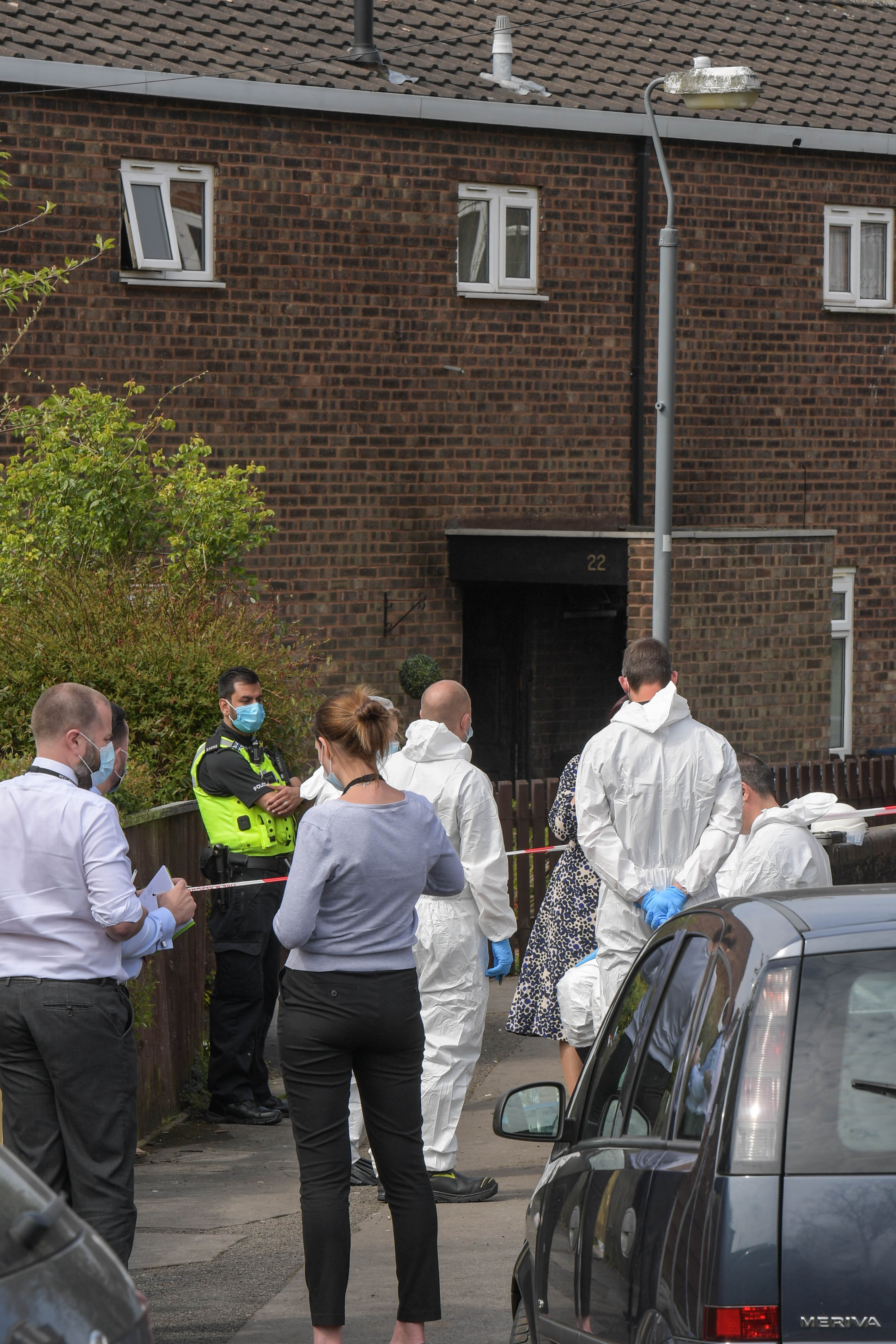 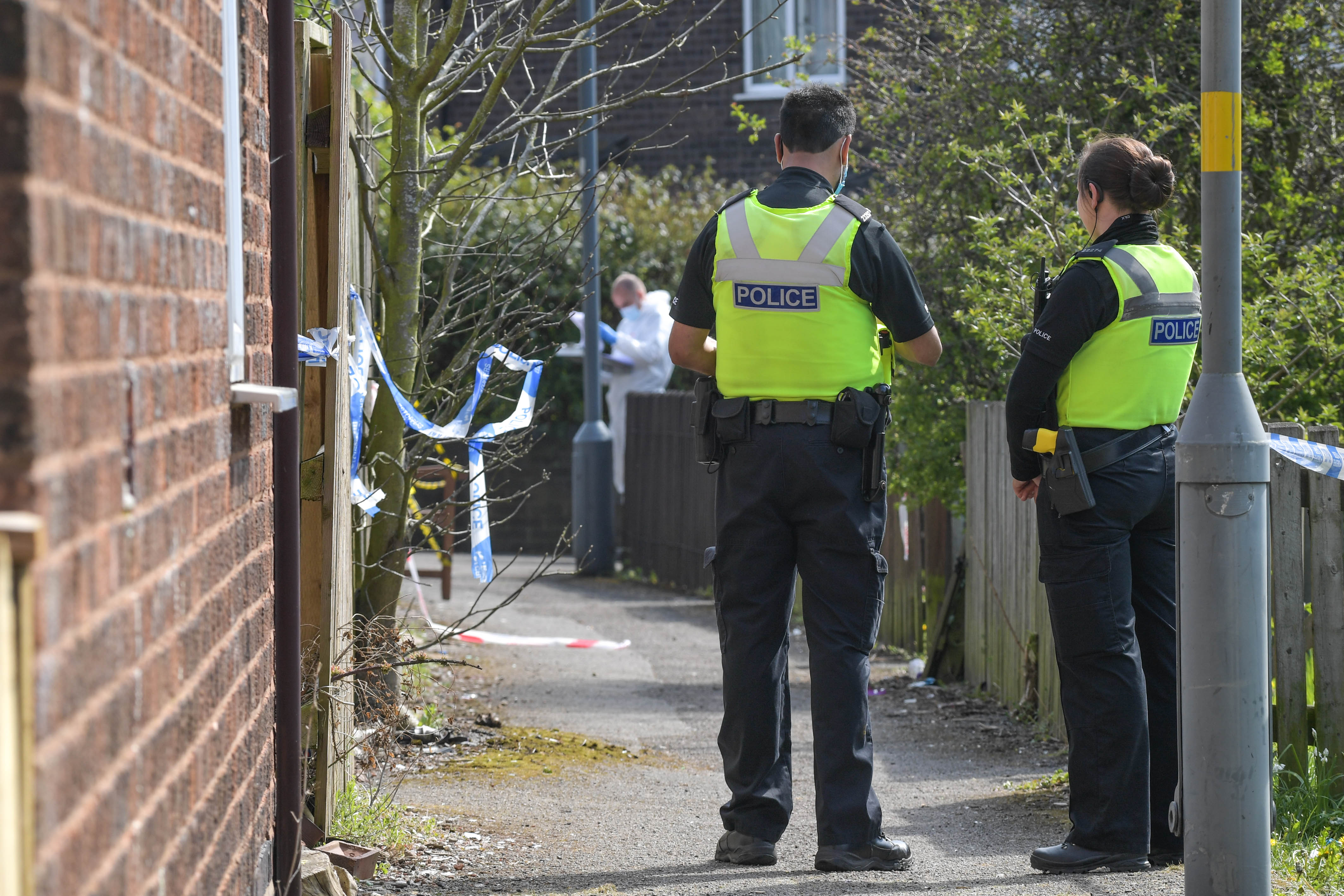 A 46-year-old man was arrested on suspicion of murderCredit: SnapperSK