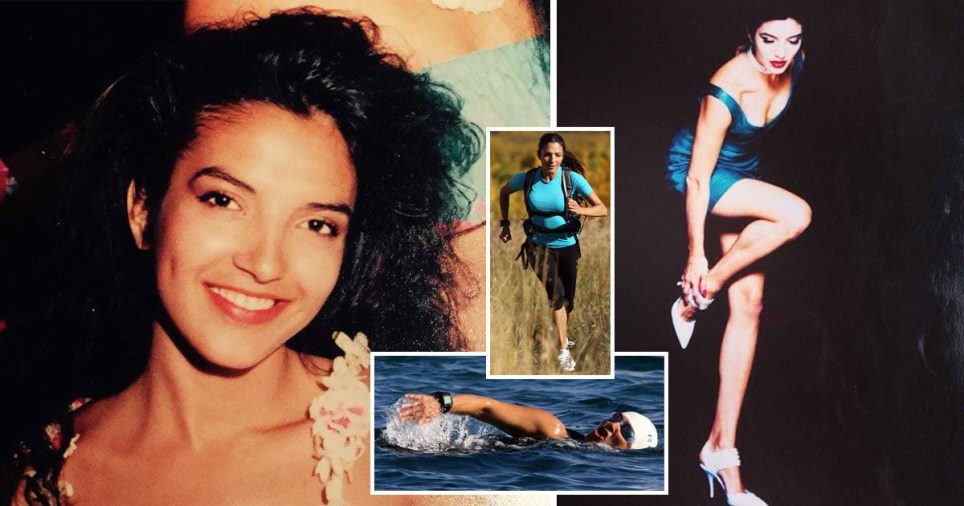 Norma Bastidas, 53, was sold into the sex trafficking industry as a teenager and after her escape, used her experience as inspiration to break sporting records (Picture: Norma Bastidas)

A mother-of-two overcame horrific childhood sexual abuse and being sold as a sex slave in Japan to become a record-breaking endurance athlete. Norma Bastidas, 53, says she was sold into the illegal sex industry as a teenager by human traffickers – after being promised her dream job as a model – and was made to work as an underground escort against her will.

Norma, who is from Mexico but now lives in Los Angeles, California, has recalled how she endured nine months of sexual and physical abuse as a sex slave in Tokyo – only to use her experience as inspiration to complete the world’s longest triathlon 30 years later. In 2014 she entered the record books after completing a 3,762 miles swim, run and cycle from Cancun, Mexico, to Washington DC, USA, a popular route used by human traffickers.

Norma was lured to Japan after a person claiming to be an agent approached her in her hometown of Culiacán, in Mexico, and told her they could help her make $1,000 a month as a model. However her hopes of a ‘glamorous’ fresh start soon vanished when she touched down in Japan, in 1987.

Within days, Norma said she had her passport confiscated and was told that in order to earn her freedom, she had to pay off her ‘large debt’ by providing services to men. 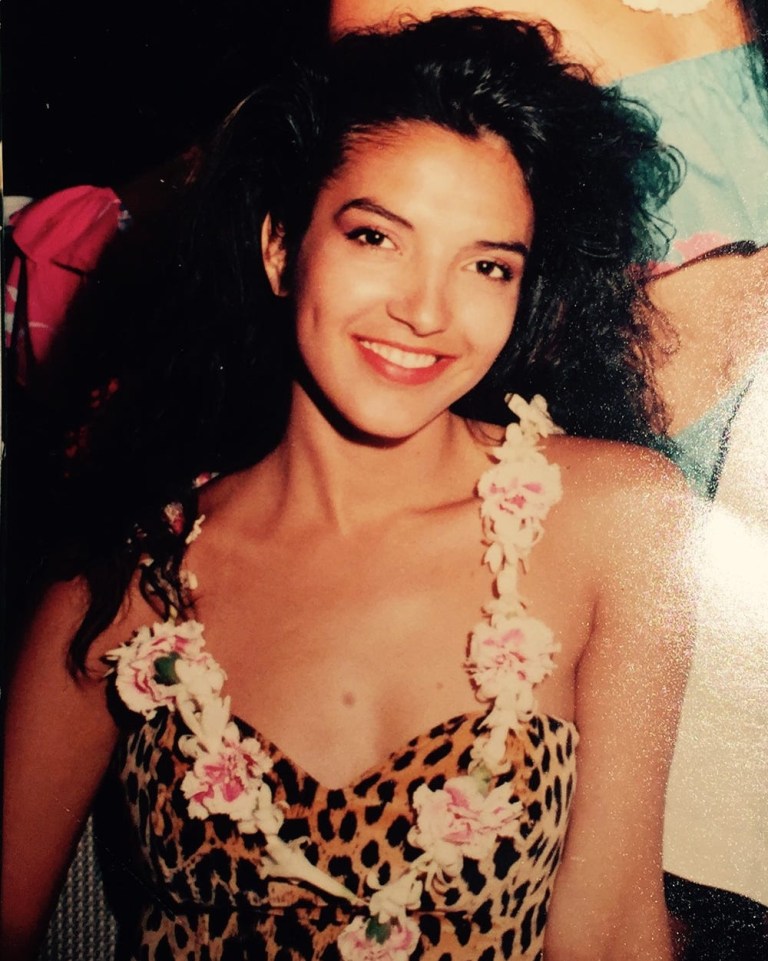 Norma was just a teenager when she was coerced into traveling to Japan (Picture: Norma Bastidas) 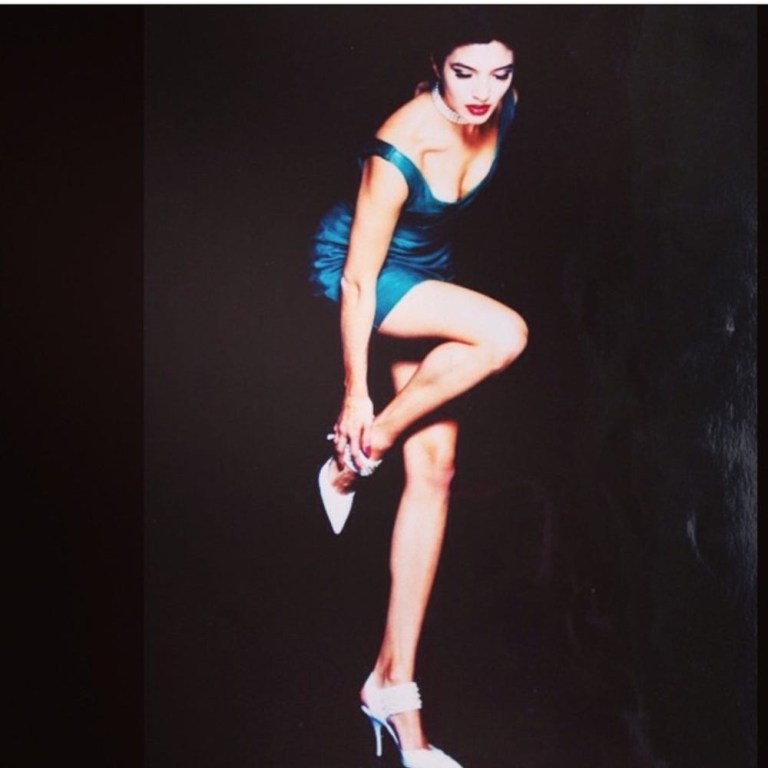 She went to Tokyo under the premise that she’d become a model earning $1000 a month (Picture: Norma Bastidas)

Speaking to Metro.co.uk, Norma said: ‘It was a friend that told me about this great opportunity to be a model and hostess in Tokyo.

‘It sounded great and I thought it was a glamorous opportunity to make good money. We didn’t have much and I thought I’d be able to use the money to help me study.

‘We had our photos taken for this agency and it all seemed fine, my family was excited for me.

‘But we were exploited, we were conned into thinking it was a real opportunity. They completely took advantage of us.

‘We were treated well when we arrived, nice hotels and car, but it didn’t last. They took our passports and told us they legally owned us.

‘I was told I had a debt to pay pay, they said I was an exotic dancer, an escort, and told me I was unable to leave.

‘I was beaten and abused, it was an absolutely horrible time for me. I have a lot of gaps in my memory, it’s severe trauma. 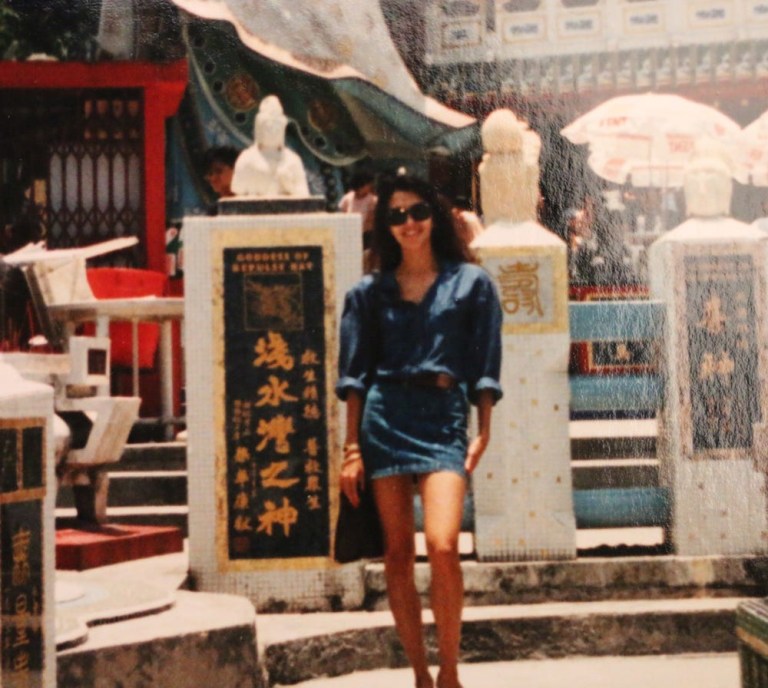 Norma pictured in Japan around the time of her captivity at the hands of human traffickers (Picture: Norma Bastidas) 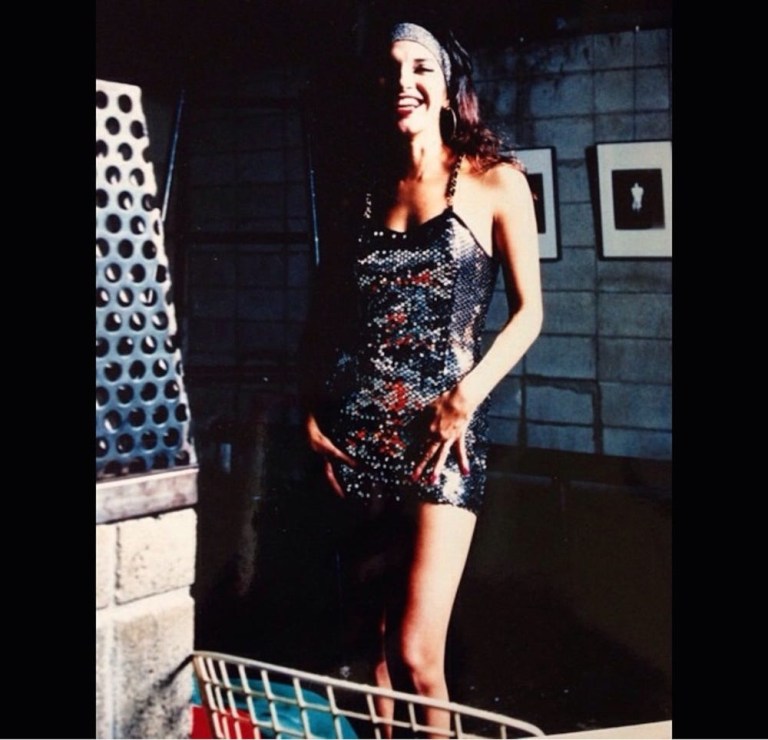 Norma’s dream as a teenager was to become a model (Picture: Norma Bastidas)

‘I was forced to do things that were so dignifying that I don’t like to talk about them now, all I can say is it was terrible, terrible abuse.’

The deal never materialized, and even after she was set free by her captors, Norma said she was unable to leave Japan as she had no passport and no language skills. It took her several years to find her escape route, which came when she met a Canadian-born man she fell in love with.

Norma met her now ex-husband, who was a Canadian offshore consultant at the time, one evening in Japan in 1992, and the couple soon started dating. The pair got married within a year of meeting and quickly decided to move to Canada to start a new life together.

The move marked an entirely new life for Norma to the one she grew up with. She claims that like her teenage years, her childhood was also plighted by sexual abuse, first by her grandfather, who she says raped her at the age of eleven, and later by cartel gangs who would snatch her off the streets and sexually assault her.

Norma said her upbringing in Mexico was ‘horrific’ in parts mainly due to where they lived, Culiacán, a strong-hold for the notorious Sinaloa Cartel. 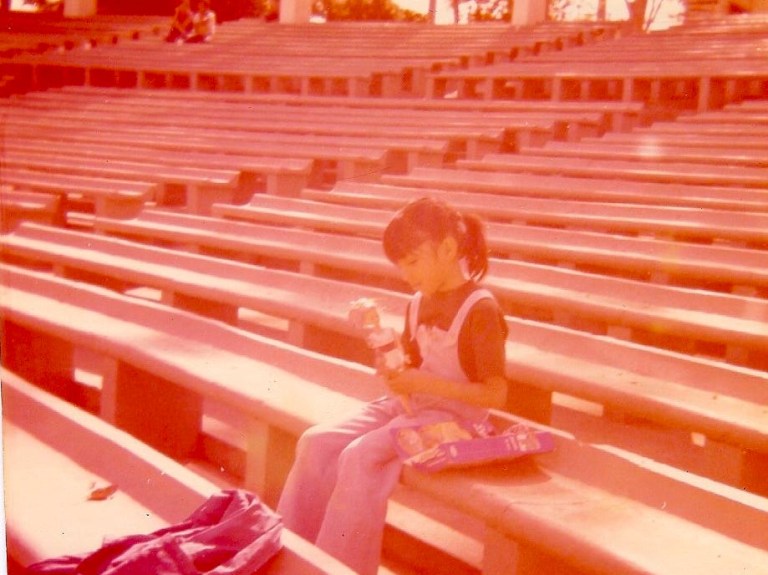 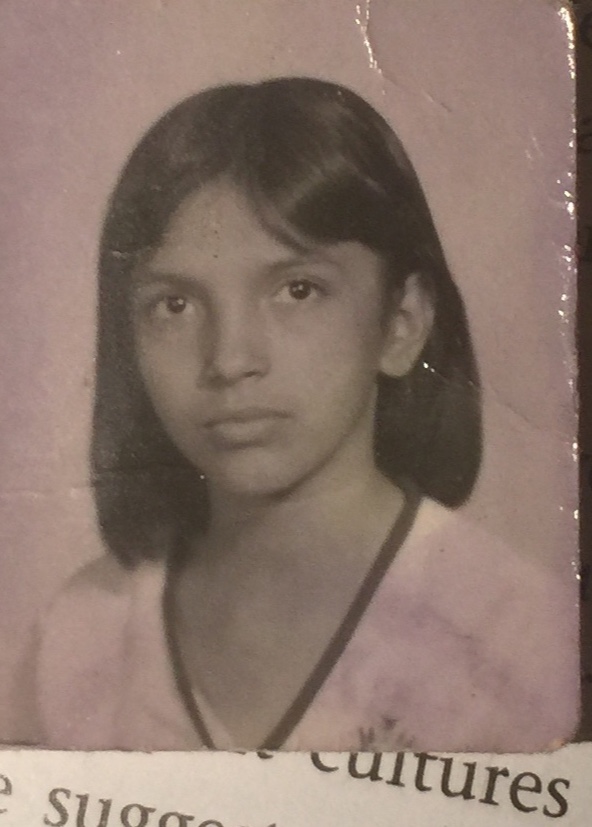 She says she was sexually abused in Mexico from the age of 11 (Picture: Norma Bastidas)

‘Things were very difficult for us, my childhood was very hard’, said Norma, who has been living in Canada with her eldest son, Karl, throughout the pandemic.

She added: ‘My father died when I was 11 and I was raped by my grandfather, someone who was supposed to care for me. It was hard for me to understand what was happening at the time.

‘The cartels were everywhere in our town, I was regularly picked up by trucks and just abused, all the time. That was the reality for people like me in my town.

‘There would be several men at a time, they kissed me and groped me and told me how pretty I was, it was sexual harassment.’

Norma, who is the youngest of five children, also described how she was ‘kidnapped and raped’ in Mexico City, at the age of 17, while she was in the capital to study.

She said her experiences growing up and in Japan left her with severe PTSD, a form of trauma she spent years trying to find a tonic for.

Norma said she discovered her way of coping when she was at her lowest, in 2006, at a time when she had lost her job, was a single mother to two children and was still reeling from her experiences with sexual abuse.

She went on a run to clear her head and has never stopped. In the 15 years that have followed has not only conquered some of the world’s toughest running races, she also entered the record books 2014 after completing the world’s longest ever triathlon to raise awareness of human trafficking issues. 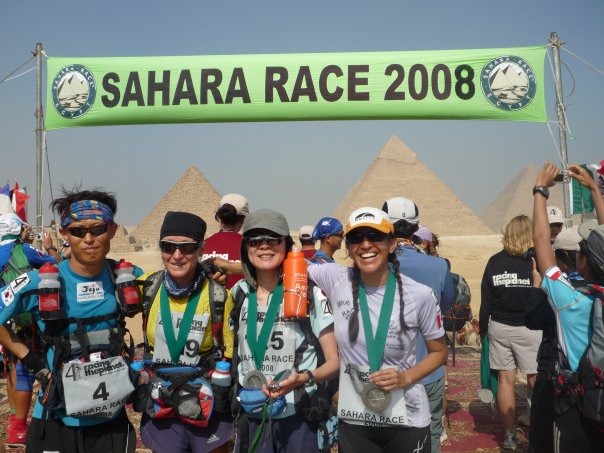 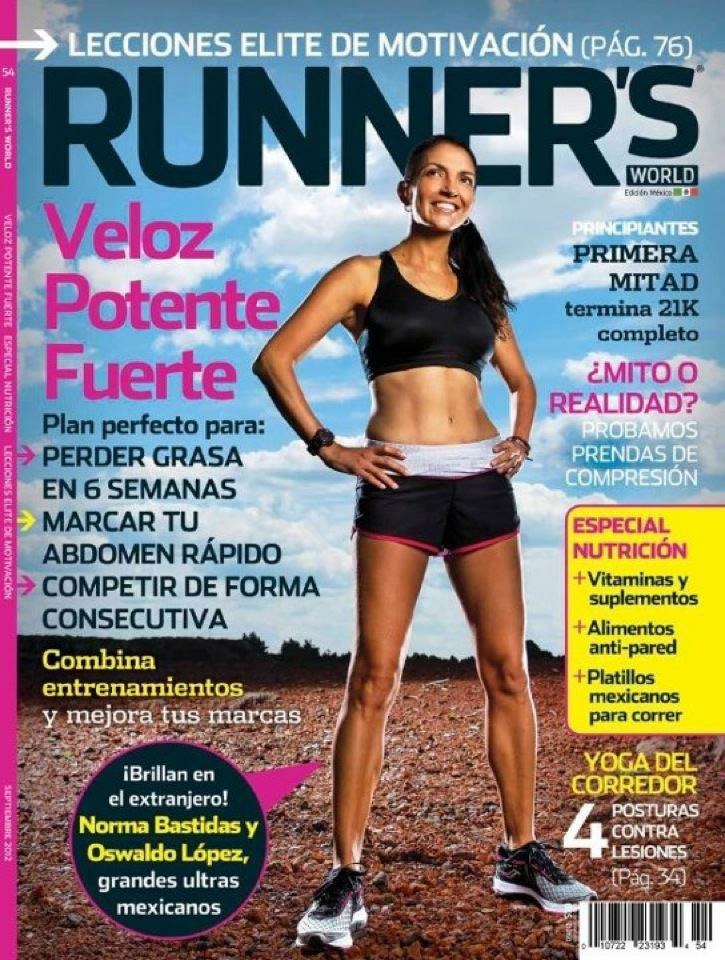 Her exploits as a runner saw her feature on the front cover of the Mexican edition of Runner’s World magazine (Picture: Norma Bastidas)

Not only that, Norma also became the first woman ever to complete seven ultra-marathons, in seven months, in all seven continents during 2008.

She says her love of running gave her the chance to take control of her life and the opportunity to prove to herself exactly just what she is capable of.

Norma, who is now married to husband, Kevin, said: ‘I didn’t discover running until the age of 40, but when I did it gave me something to focus on.

‘I completely fell in love with running. By the time I took on the world record I decided I wanted to do something to raise awareness of human trafficking and to change perceptions of people like me.

‘It felt very empowering. Running helps me deal with the grief and suffering I endured.

‘It’s not a cure, I will always suffer from my past but I run to keep my mind healthy. It’s my safe place.’ 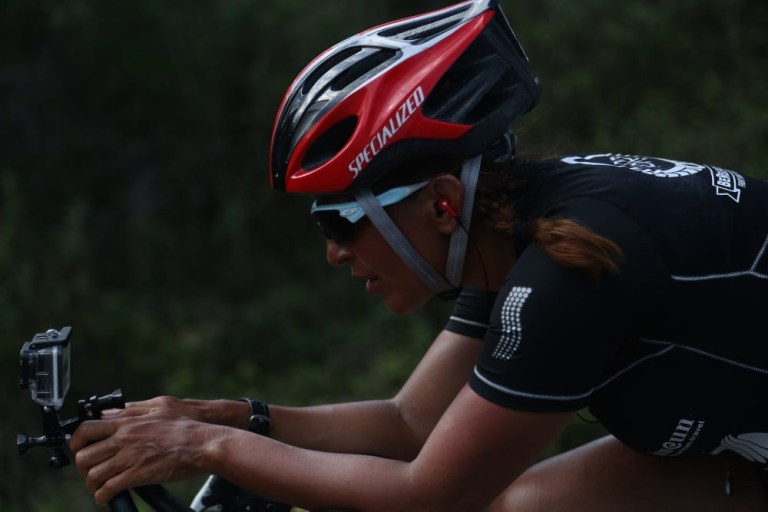 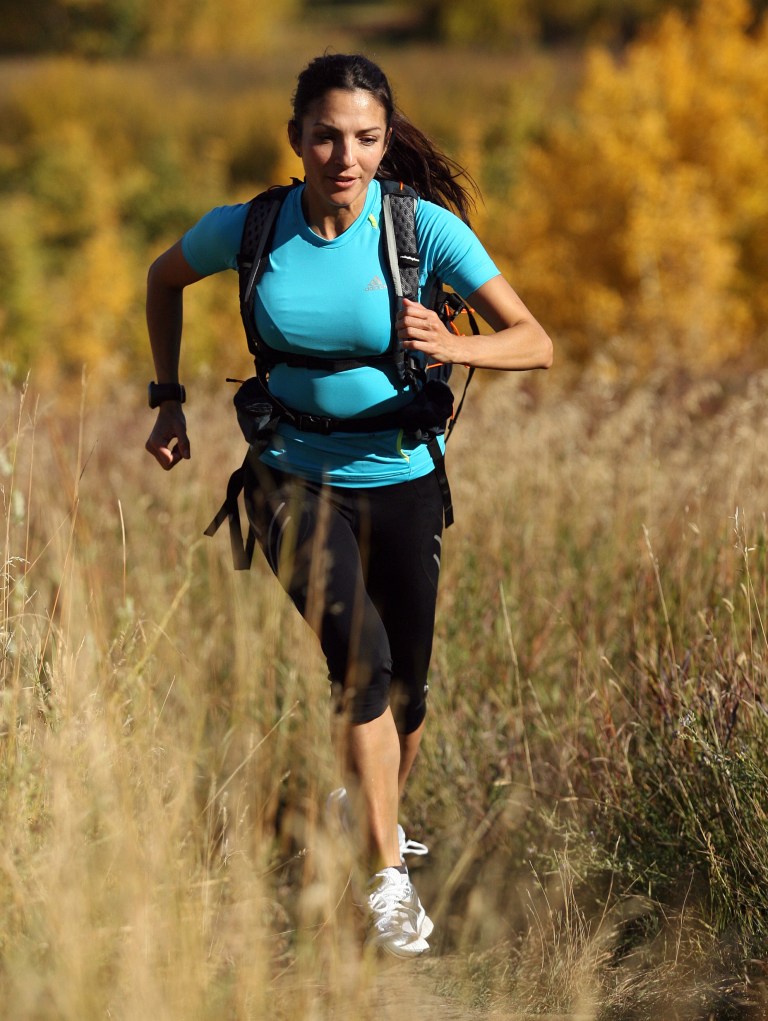 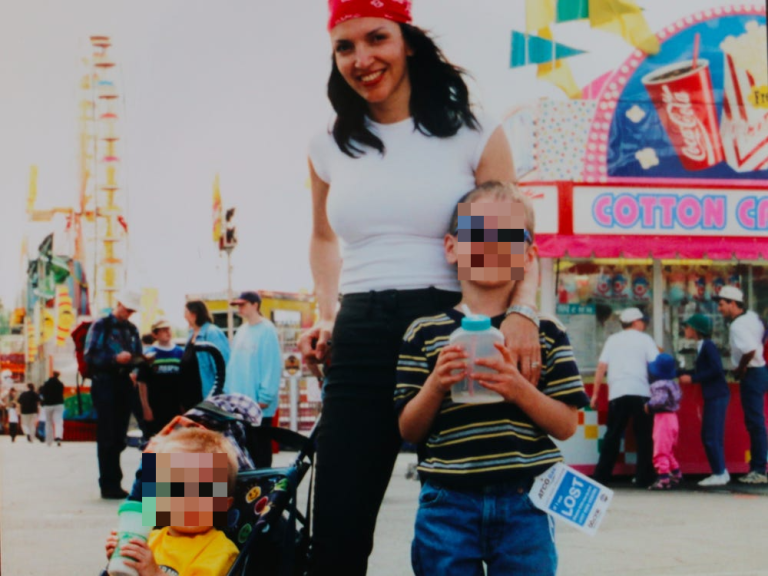 Norma pictured with her two children in Canada, during the late 1990s (Picture: Norma Bastidas)

According to a report by the US State Department, between 600,000 and 800,000 people are trafficked across international borders each year, and Norma added that her goal is to encourage more victims and survivors of human trafficking to not let their past weigh them down.

She said: ‘I chose to not accept my past as the limit of what I could achieve.

‘Your future does not define your future and your starting point does not restrict your potential. I found a way to change the connection I had to my body and I’m in a great place now.’