CHILLING police bodycam footage shows a woman sobbing moments after stabbing her boyfriend to death with a steak knife.

Emma-Jayne Magson can be heard yelling and in floods of tears after killing James Knight in a drunken row in 2016. 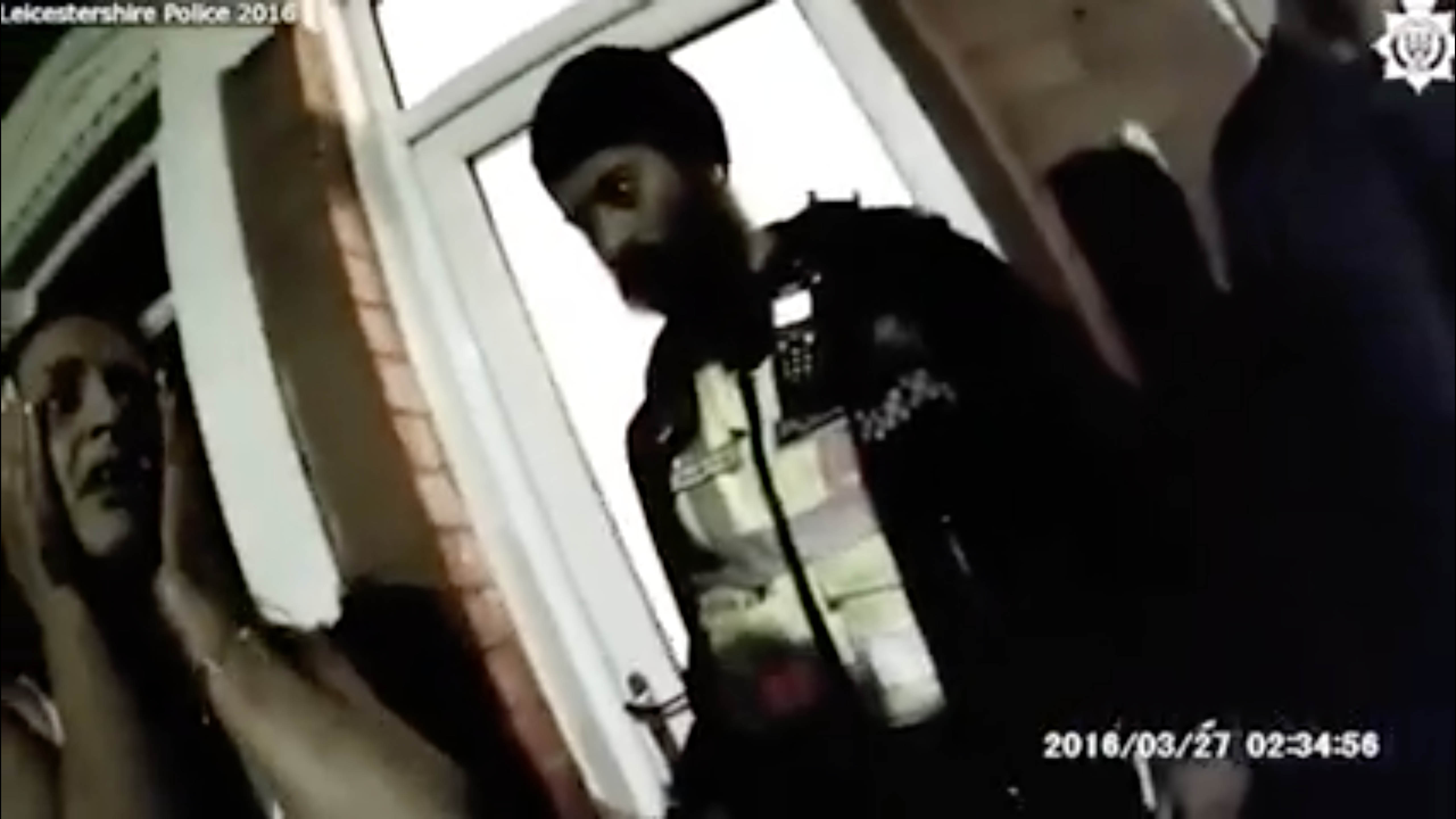 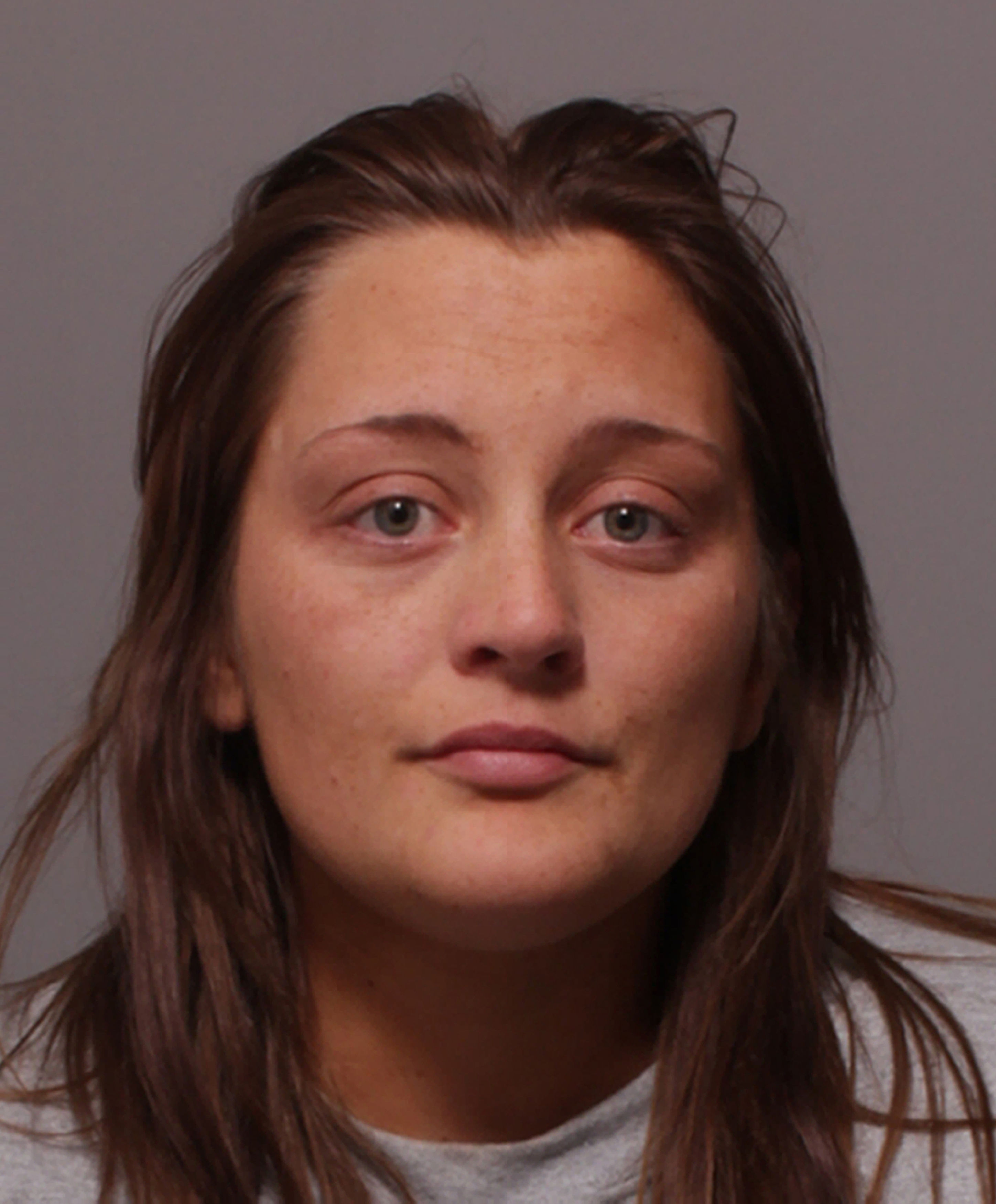 The 28-year-old has been jailed for lifeCredit: PA:Press Association

Magson, 28, of Sylvan Street, Leicester, killed the 26-year-old with a single stab wound to the heart.

She delayed getting help, hiding the 11.5cm blade in a neighbour’s bin, taking his blood-stained t-shirt indoors, and changing her clothes.

She waited 45 minutes before “calmly” calling 999, and then lied on the phone to the emergency call handler about the gravity of Mr Knight’s injuries.

She told them “not to worry” when they said an ambulance may take a while because it was a busy Bank Holiday weekend.

In the bodycam footage, taken when help arrived, Magson shouts that she “doesn’t care” what happened to her partner “as long as he’s alive”.

She becomes increasingly agitated, yelling “I want my boyfriend” while banging on the front door.

Magson was jailed for life with a minimum of 17 years at Birmingham Crown Court today following a retrial ordered by the Court of Appeal. 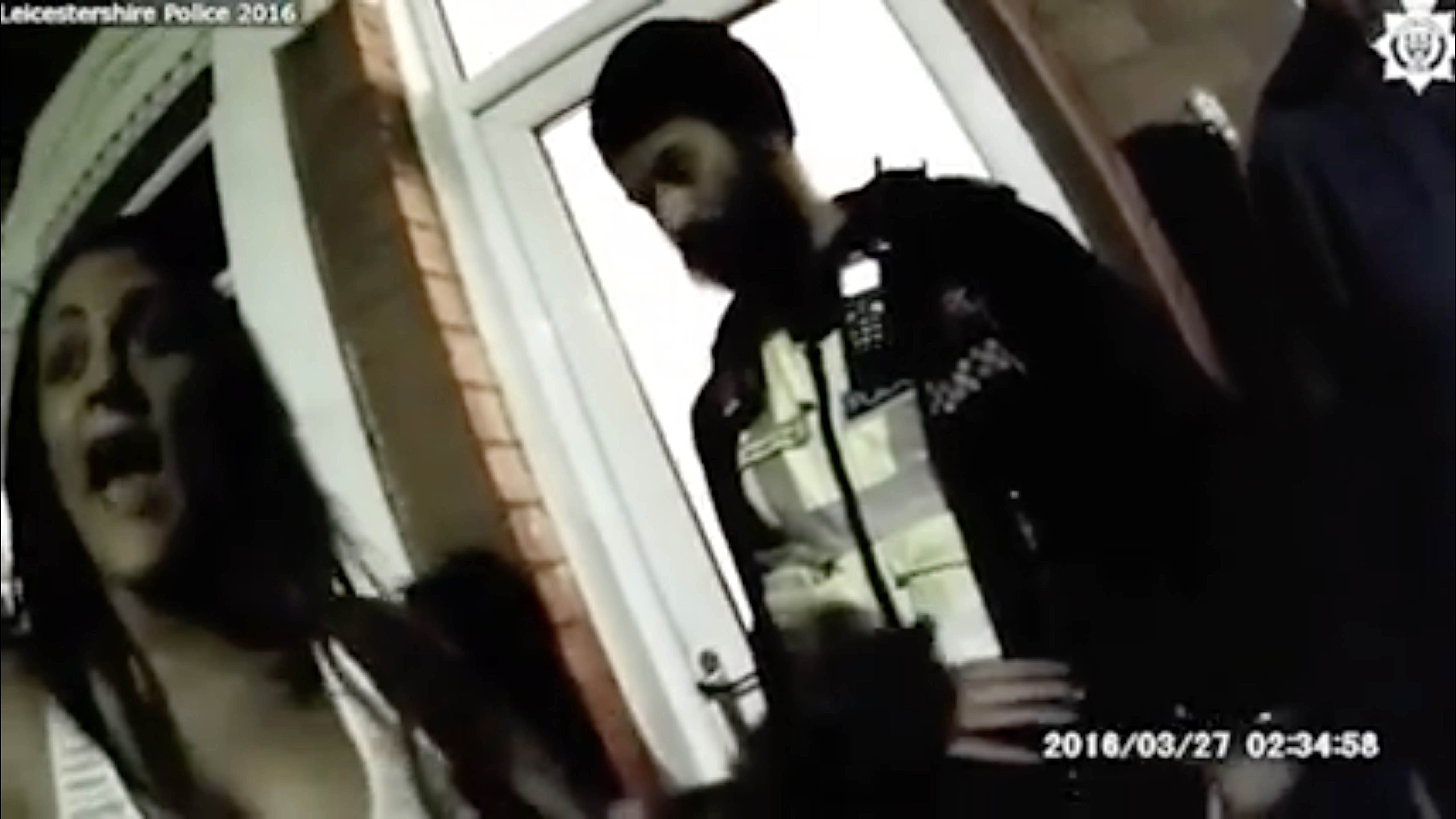 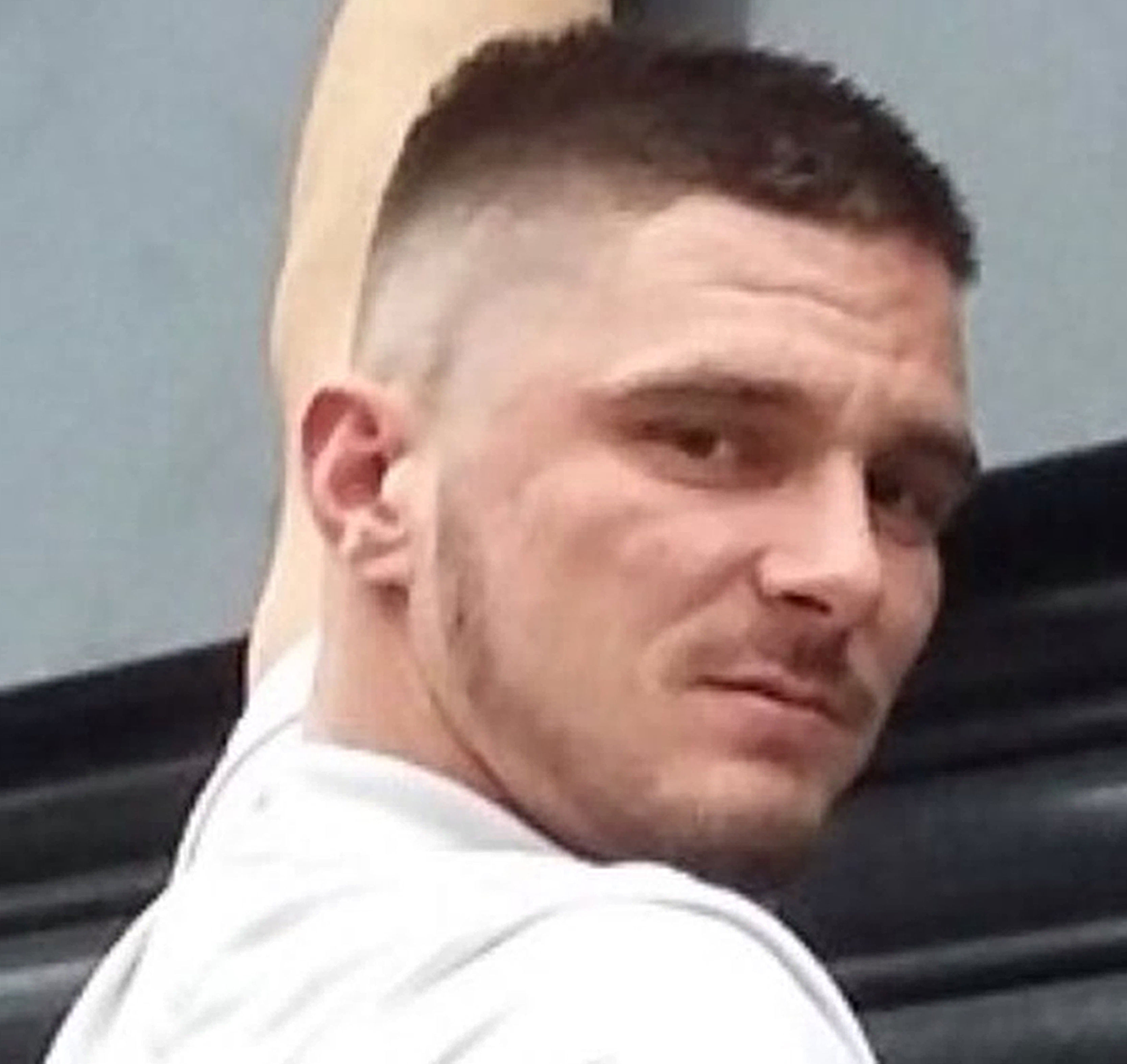 She denied murdering Knight at her first trial, claiming it was self defence, but was convicted later that year and sentenced to life with a minimum term of 17 years.

However, the Court of Appeal ordered a retrial in a judgment handed down in January last year.

It came after the court heard new psychiatric evidence showing the defence of diminished responsibility would have been available to Magson at her first trial.

Her barrister Clare Wade QC said at that hearing that Magson’s diagnosis of emotionally unstable personality disorder “provides an explanation for her conduct and was a significant contributory factor”.

She said it was arguably “more likely than not that, at the time of the offence, (Magson) was suffering from diminished responsibility”.

At the first trial in November 2016, a jury at Leicester Crown Court heard that Magson and Knight had a “volatile” relationship and had been in a drunken row in the run-up to the fatal attack.

Magson was described as “cold, brutal and manipulative” and was accused of “sacrificing” Knight by delaying calling emergency services for around 30 minutes.

Jailing Magson for life today, Mr Justice Jeremy Baker told her: “I regret I am unconvinced you have, as yet, any real remorse for having caused James Knight’s death.” 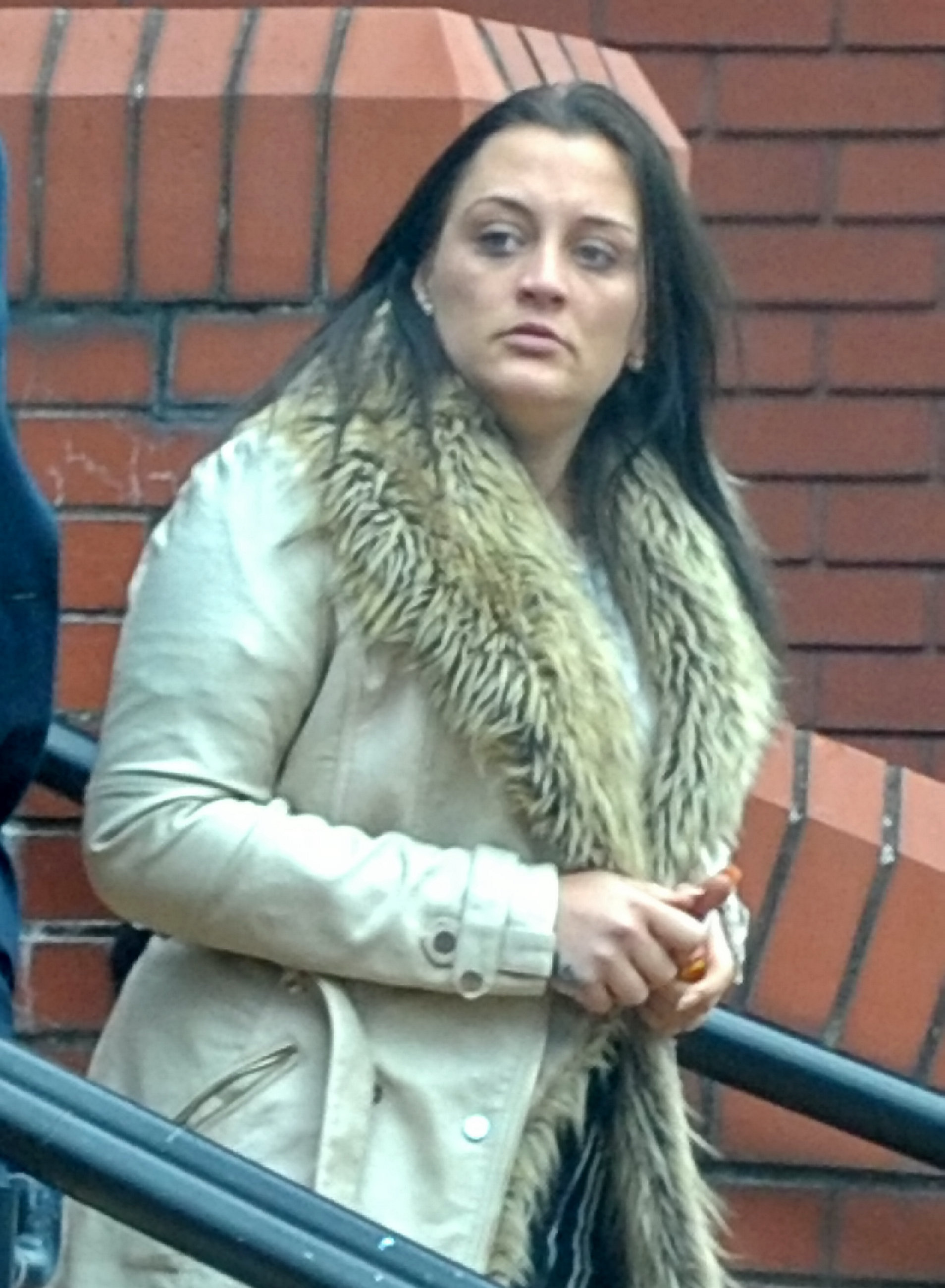 Her trial heard how Magson and Mr Knight had been out in Leicester city centre at about midnight, and took a taxi home in the early hours of March 27, 2016.

Jurors were told the pair then began arguing and the cab driver asked them to get out of the vehicle.

CCTV footage showed what the judge referred to as evidence of the couple’s “volatile relationship”, when Mr Knight pushed Magson causing her to fall.

Later, at her home, he was heard banging on her front door after they arrived back there.

The judge said: “I am sure that until the week of his death he had not shown any physical violence towards you.

“On the contrary, I am sure such physical acts of violence which had taken place during your relationship were ones for which you were responsible, including striking him with a hoover pipe, and stabbing him in the chest with an item of cutlery.”

Jurors had heard Magson’s previous convictions for violence against others were aggravating factors in this case.

The judge said that these had involved “punching a girl outside a nightclub in 2011” and then in separate incidents, the following year, Magson had “punched and kicked a girl, and put a glass into another girl’s face”.

Magson claimed at her retrial she “hit out” at Mr Knight in the kitchen when he grabbed her by the throat, after she inadvertently picked up a knife from the sink.

Neighbours were woken by an argument, with one hearing the victim say “my heart is bleeding” – and noticed blood on his clothing.

After Mr Knight fell to the ground, the court heard, Magson delayed getting help.

When the victim’s brother came to see what was wrong, she “deceived” him, telling how his sibling had been “beaten up by bouncers”, the judge added.

“A continuation of the false account which I am satisfied, was intended to seek to exculpate you for responsibly of his murder,” said Mr Justice Baker.

The judge said while the “precise circumstances” of how Mr Knight came to stabbed “may never fully be known”, the jury had “rejected the suggestion this occurred in self defence”.

Mr Justice Baker added: “I am sure the account which you provided to the police, being strangled by James Knight, is untrue.”

He added: “I am sure that without any justification, you made a conscience decision to fetch a steak knife from the kitchen and used it to inflict a fatal wound to James Knight’s chest, penetrating his body to a depth of 11.5cm as it passed through one of his lungs and his pulmonary artery.”

Magson’s application for a retrial was supported by campaign group Justice for Women.