A COUPLE labelled “evil” in a scathing letter criticising their abilities to look after their dogs deny they are bad pet owners.

Kate and Vinny Field, from Lawnswood in Leeds, were shocked to receive the stencilled letter claiming their two Dobermanns Veronica and Regina were abused.

A stencil was used to convey the message inside the carefully-crafted letterCredit: MEN Media 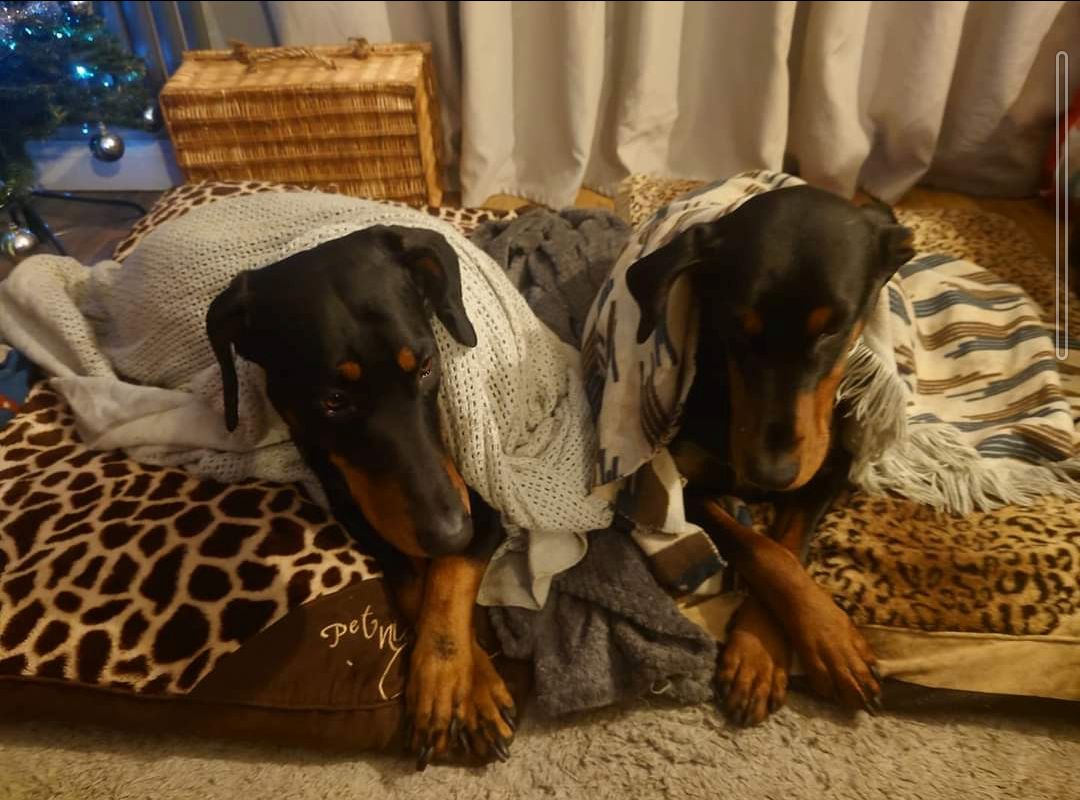 The pet owners say their dogs are “happy and healthy”Credit: MEN Media

In a carefully crafted message, the husband and wife were told their dogs needed to be taken outside more frequently.

Addressed to “parents of the dogs”, it read: “Take yore [sic] dogs for a walk you cruel evil people.

“Big dogs like what you have should be taken for a walk and not just left in a garden to probably paddle in their own faeces.

“This is from all the local dog owners and other disgusted people. We have reported you.”

When the couple first got the dogs in 2018, Kate would walk them twice daily.

But in June 2019 she was diagnosed with Multiple Sclerosis and has been unable to take them out by herself.

The dogs are left to run outside in their garden each day while Vinny takes them to a park once a week for an hour.

Kate told Leeds Live she was “enraged” when she read the letter before blasting the author on Facebook, asking them to come forward so she can explain why she can’t walk her two pooches.

The couple say they are responsible dog owners with “happy, healthy and loved” dogs.

Kate said: “Whoever sent the letter has no idea. A lot of people have said it’s a hate letter and to report it to the police.

Vinny said: “It’s weird. How long must it have taken to stencil every word, they even spelt the second word wrong but it must have taken some painstaking time.

“They’ve got so much time on their hands that we haven’t got.”

The pair welcome any investigation by RSPCA or other animal welfare organisations. 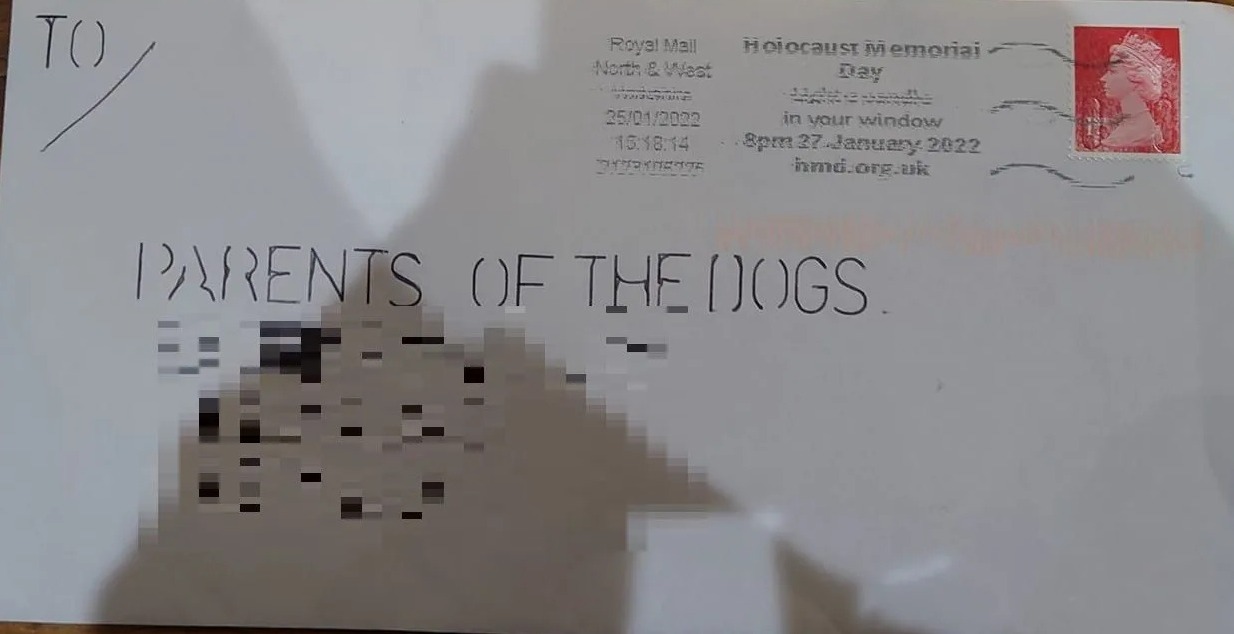 The letter was addressed to ‘parents of the dogs’Credit: MEN Media