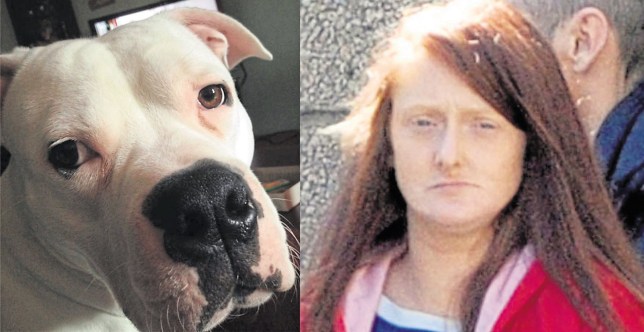 Dana Mullen was in control of Boston when he attacked the victim (Picture: Aberdeen Journals Lt)

A woman was attacked by a dog so viciously that she was left with a tooth embedded in her head.

Lynsey Casson, 37, a vet’s receptionist, was savaged by the American bulldog as she took her own dog into a communal garden in Aberdeen.

The dog started mauling her, dragging her to the ground where it bit her on the head, arm and both feet, leaving her screaming for help.

Dana Mullen, 42, who was looking after the dog named Boston at the time although it belonged to her daughter, has now been sentenced to nine months in prison for the attack, as well as 15 months for an assault and robbery offence.

Ms Casson said: ‘I’m glad she’s doing jail time but it doesn’t seem fair to me that I’m left permanently disabled, and all she gets is nine months for the attack. I have to be heavily medicated, I’m undergoing counselling for PTSD, and my life has been irreparably changed. 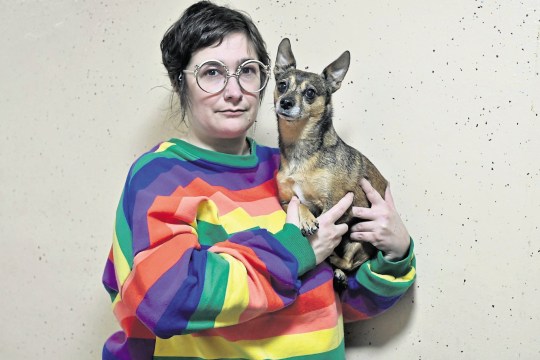 ‘I’m not surprised at the length of the sentence, but I’m pretty disgusted. Had I been a child, I would’ve been dead.

‘I don’t feel safer knowing that she’s locked up. I’m a veterinary receptionist so I see careless dog owners every day and some of them are an accident waiting to happen.

‘There needs to be more rules when it comes to owning a dog because pretty much anyone can just get one.’

Lynsey, who feared for her life during the incident, needed surgery on her arm and ankle and remained in hospital for three days.

She later discovered the tooth embedded in her head.

Now Mullen has appeared back in court, via a video link from custody, to be sentenced following a Covid-linked delay.

Mullen, a prisoner of HMP Grampian, previously pleaded guilty to being in charge of a dog which was dangerously out of control and repeatedly bit the woman to her head and body to her injury and permanent disfigurement on June 25. 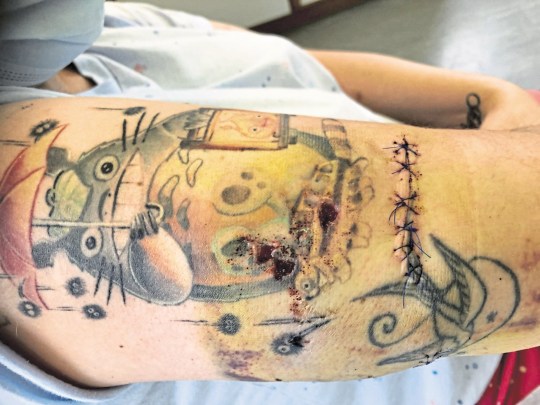 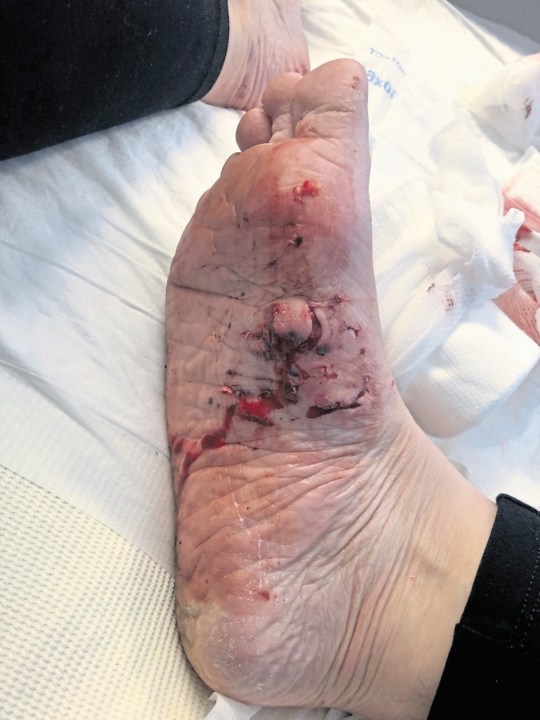 She also admitted two charges over a separate incident of behaving in a threatening or abusive manner by following one woman, and also assaulting and robbing a second woman on August 6

Defence agent Alex Burn told the court Mullen had let the dog out into the garden ‘to do its business’ but had returned inside to get her lighter when the attack happened.

He said: ‘Once she became aware of it she immediately went outside to try and pull the dog back.

‘In relation to the other charges, she has little recollection of these.’

Sheriff William Summers said: ‘Anyone who owns or looks after a dog, particularly one as large and powerful as an American Bulldog, has a responsibility to properly look after it.’

The court previously heard the dog had already been put down, but it since emerged this was incorrect, so the sheriff also made an order for the animal to be destroyed.

In relation to the other matter, Ms Ward had told the court that the victim in that incident had been walking along Hilton Drive in Aberdeen at 8.25am on August 6 when she ‘became aware of the accused walking behind her’.

She said: ‘As the woman approached Roxburghe House the accused approached her from behind, put her arm around her neck and said “I’ve got a knife”.

‘The accused grabbed the handbag she was carrying and tried to pull it off her arm while repeatedly saying “give me your bag, I’ve got a knife”.

‘Due to this the woman let go of her bag and the accused ran away.

‘The total value of the bag and its contents is approximately £200.’