A WOMAN in her 30s has died after being stabbed in East London today.

Met Police have launched an investigation and arrested a man on suspicion of murder following the fatal stabbing in Tower Hamlets, London. 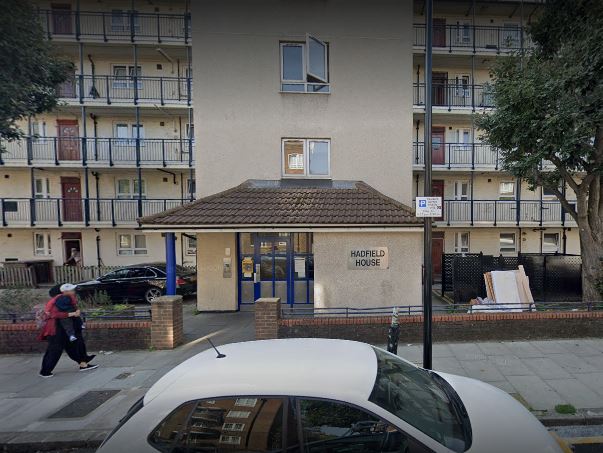 A woman has died following the fatal stabbing in East LondonCredit: Google

Officers were called to an address on Ellen Street, Whitechapel, just after 8am this morning – and found an unresponsive woman, thought to be in her 30s or 40.

The woman was pronounced dead at the scene, despite the best efforts of police and paramedics administering CPR.

She is believed to have suffered a number of injuries, including stab wounds.

Detectives are now working to inform the woman’s next of kin.

Police have also arrested a man, thought to be in his 30s, on suspicion of murder.

He is currently in custody while cops continue the investigation into the alleged knifing.

The deceased and the man arrested are believed to have been known to each other, according to the police.

Met Police said in a statement: “Detectives are investigating after a woman was found fatally injured in east London.

“Police were called to an address in Hadfield House, Ellen Street, Whitechapel, E1 at 08:17hrs on Sunday, 24 January after concerns were raised about the welfare of a woman at the property.

“Officers attended and found a woman, thought to be in her 30s or 40s, who was unresponsive. She is believed to have suffered a number of injuries, including stab wounds.

“Police administered CPR until paramedics from the London Ambulance Service arrived but despite their best efforts of the emergency services, the woman was pronounced dead at the scene.

“Detectives believe they know the identity of the deceased and are working to inform next of kin. A post-mortem examination will be scheduled in due course.

“A man, believed to be aged in his 30s, was arrested near the scene on suspicion of murder and is in custody at an east London police station.

“The deceased and the man arrested are believed to have been known to each other.

“Alternatively, information can be provided anonymously to the independent charity Crimestoppers, on 0800 555 111.”