A WOMAN has gone viral after starring on a serious BBC news report with a giant SEX TOY perched on a bookshelf behind her.

Yvette Amos was seen chatting from what appeared to be a study during a discussion on unemployment during the pandemic. 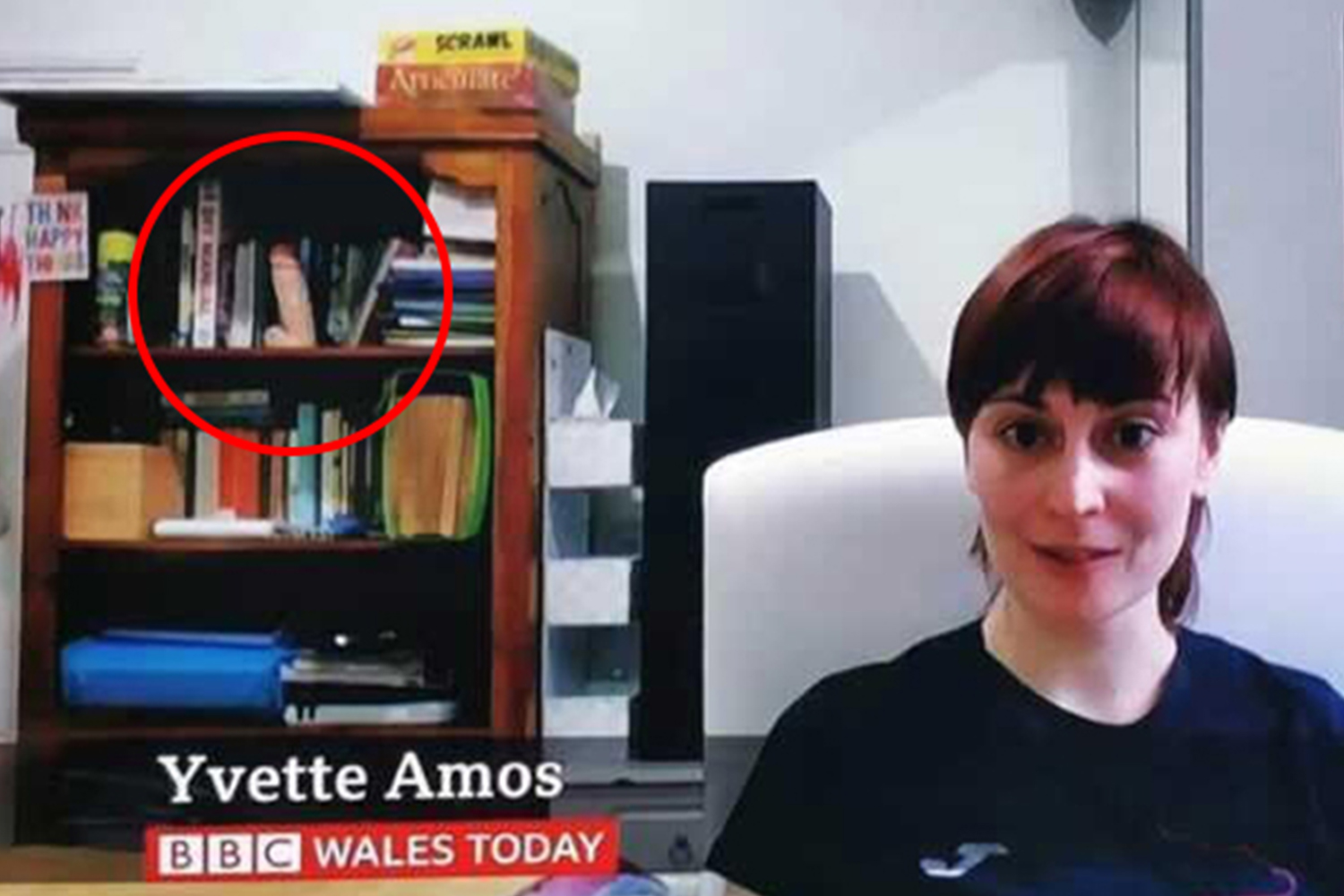 The sex toy popped up during a news report on unemployment

However, as she told how people were being “passed over” for jobs many Wales Today viewers found their eyes strangely drawn to something lurking over her right shoulder.

Some have now called for Yvette to receive a “damehood” for brightening up an otherwise run-of-the-mill news report.

David Roberts tweeted: “This lady has just been live on bbc wales news. I think she should maybe have checked her top shelf first!”

While Nodding Donkeys added: “This is the news at ten…dong.”

Jack Hutchison pointed out: “What a cock up…but in fairness she looks well happy.”

Jamie Davies raised more than a few smiles when he quipped: “We go live to Llandildo.” 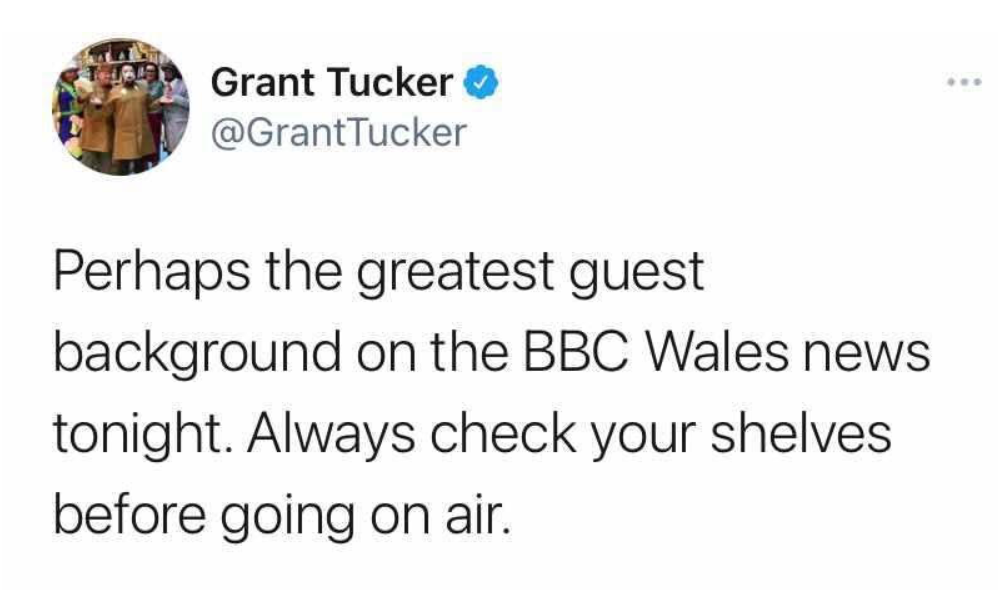 Janette McGregor was quick to point out: “How do you miss that when you’re doing the dusting?”

Adam Lightfoot joked: “This just in.”

Others believed Yvette may have been pranked by her pals shortly before going on air.

Burton said: “You’ve got to feel sorry for her…what are mates like.”

And Marjored added: “Someone is going to be in trouble when she finds out what they have done.”

Either way, it’s certainly not the first time someone has been caught out during a live broadcast.

Two weeks ago we reported how a mortified mum stumbled onto her son’s virtual homeschooling class fully naked.

The nude woman was seen by the entire class of students and the little boy’s teacher was shocked as she was.

In the video, the teacher speaks to the group of pupils during the class saying: “I think a lot of you missed a lot as school ended so fast.”

She then tails off as one of the little boys appears distracted looking away from the camera.

It quickly becomes apparent why, as the pupil’s mum walks fully naked behind him appearing to hunt for something in the closet.