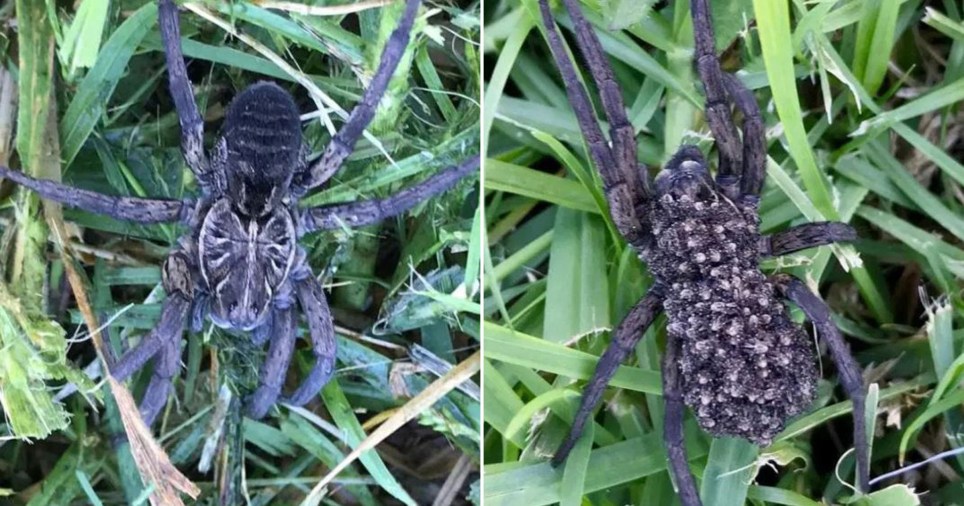 A woman was mowing her lawn when she noticed the giant spider (Pictures: Facebook/ Australianspideridentifi​)

These skin-crawling photos show a wolf spider carrying hundreds of babies on its back.

A woman was mowing her lawn in Cobargo, New South Wales, Australia, when she noticed the creature and got the fright of her life.

When she looked closer, she realised there were hundreds of baby spiders clinging onto their mum’s back.

She moved family of creepy-crawlies out of harm’s way, but the babies had all gone by the time she turned around to take another photograph.

The woman then posted her pictures on an Australian Facebook group which helps people identify arachnids.

She was soon told that the spider was a wolf spider, the only species of spider that carries its babies on its back. 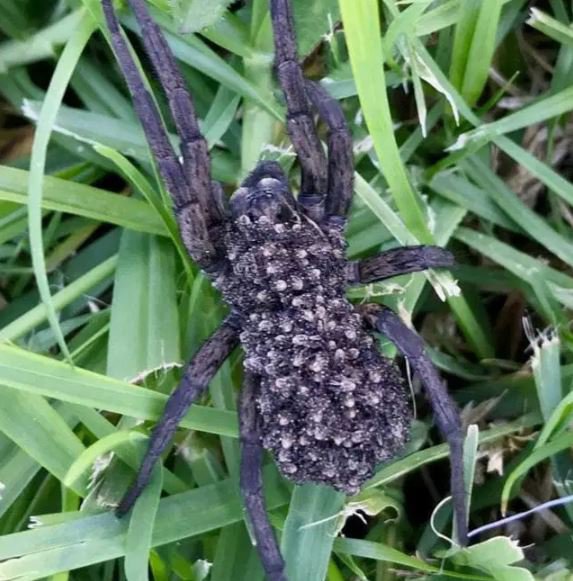 Female wolf spiders are known for being extremely protective over their young as they carry their babies on their backs (Picture: Facebook/Australianspideridentifi​) 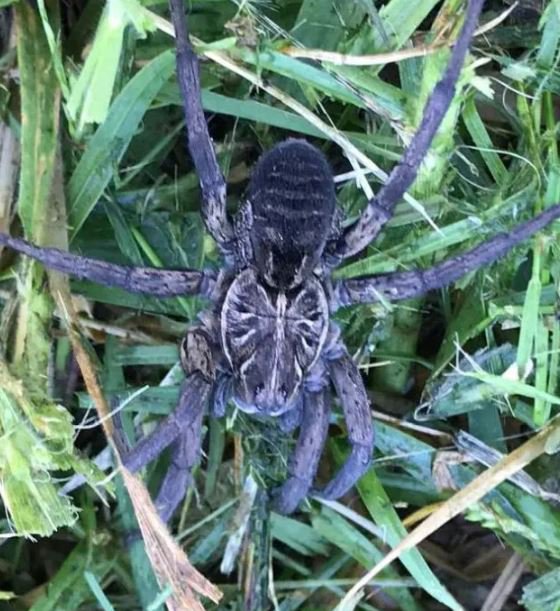 Wolf spiders hunt their prey instead of catching it with their webs (Picture: Facebook/Australianspideridentifi​) 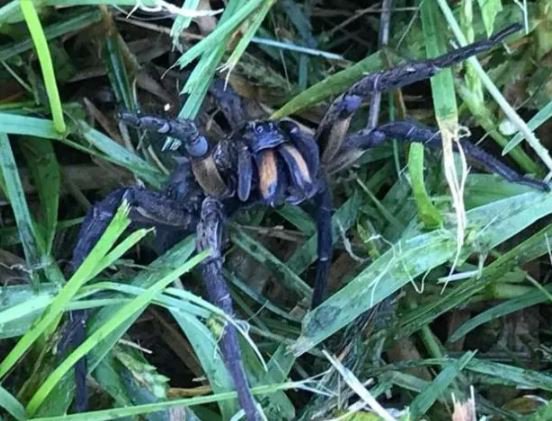 Female spiders get aggressive when they are separated from their young (Picture: Facebook/Australianspideridentifi​)

Some commented that the creature was ‘incredible’ and ‘beautiful’ while others found the images terrifying.

One group member said: ‘These wolf spiders take such good care of their young, don’t they’.

Unlike spiders which use their webs to catch their prey, wolf spiders hunt their food and eat lizards, birds and some rodents.


They usually live in the grass and stalk their prey before jumping it, holding it between their legs and rolling over with the their catch trapped among their limbs.

Female wolf spiders are known to be aggressive about protecting their young and should never be separated from their babies.

Mothers create an egg sac with silk for their individual eggs and then carry the sac around on their spinnerets.

The babies stay attached to their mothers for several days after hatching by joining onto their backs.

What are the CDC travel guidelines for vaccinated Americans?