Jess Taylor and her partner were initially very pleased with their purchase – then made a disgusting discovery (Picture: Triangle News)

A young couple were left ‘gagging’ after discovering their second-hand sofa had thousands of nail clippings underneath the cushions.

Jess Taylor and her partner, from Larne in Co Antrim, Northern Ireland, were initially very pleased with their purchase.

They didn’t want a new one because they had dogs, and said the sofa appeared to come from a good, clean home.

‘Recently my sofa broke and I was not in a position to buy a brand new one,’ Jess said.

‘I also knew buying a new one would lead to a lot of stress with two dogs bounding about the house, I’d be so protective of it.

‘This led me to looking for a second hand sofa.

‘I found a decent looking set, smoke and pet free home, once they arrived they did not smell or give me any reason to turn my nose up.’

She said all was well, until one day they lost their TV remote down the side of it – and everything changed. 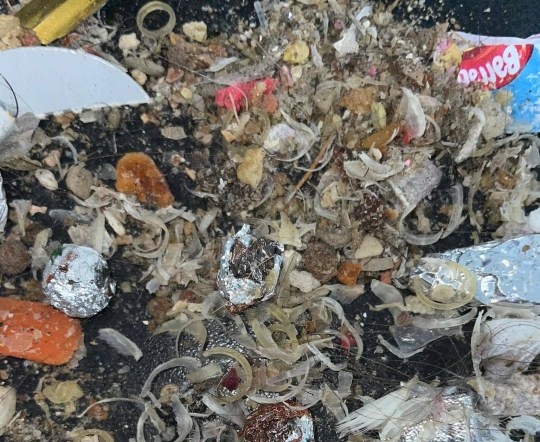 The couple said they were ‘gagging’ after the find (Picture: Triangle News) 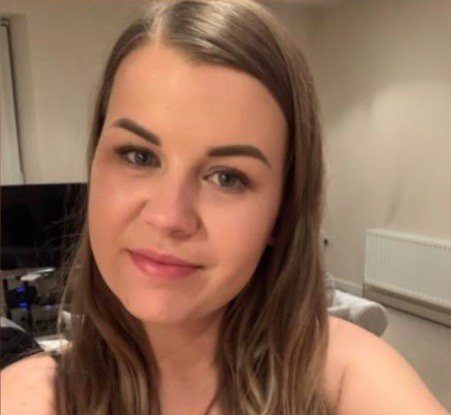 Jess said she has ‘never been so disgusted’ in her ‘entire life’ (Picture: Triangle News)

Jess added: ‘My partner was doing the daily, “Where’s the remote, you have it?” routine.

‘The remote was down the side of the sofa, when sticking his hand down to grab it he felt a load of yuck.

‘He pulled out said yuck and it was a handful of sweetie wrappers and fingernails.

‘Upon inspection and multiple gags later, we retrieved not hundreds but thousands of finger nails of varying sizes.

‘I don’t know the rate of nail growth this person has but they must have been on some kind of growth supplements.

She said the couple hoovered out the nails and it ‘sounded like uncooked rice’ as it went up the device.

‘My goodness I have never been so disgusted in my entire life,’ Jess said.

People on social media were equally as horrified by the discovery – some saying it was ‘filth’, others saying they felt ‘physically sick’ and one person even believing it was ‘sautéed onions’ at first.