POLICE are hunting homophobic thugs who kicked a woman in the head after she jumped to the defence of a gay man.

Daisy Wells, 28, saw an older man being taunted by a gang of yobs on the way home from a music festival because he had a glittery beard.

The thugs turned on Daisy Wells when she stepped in to interveneCredit: SWNS:South West News Service 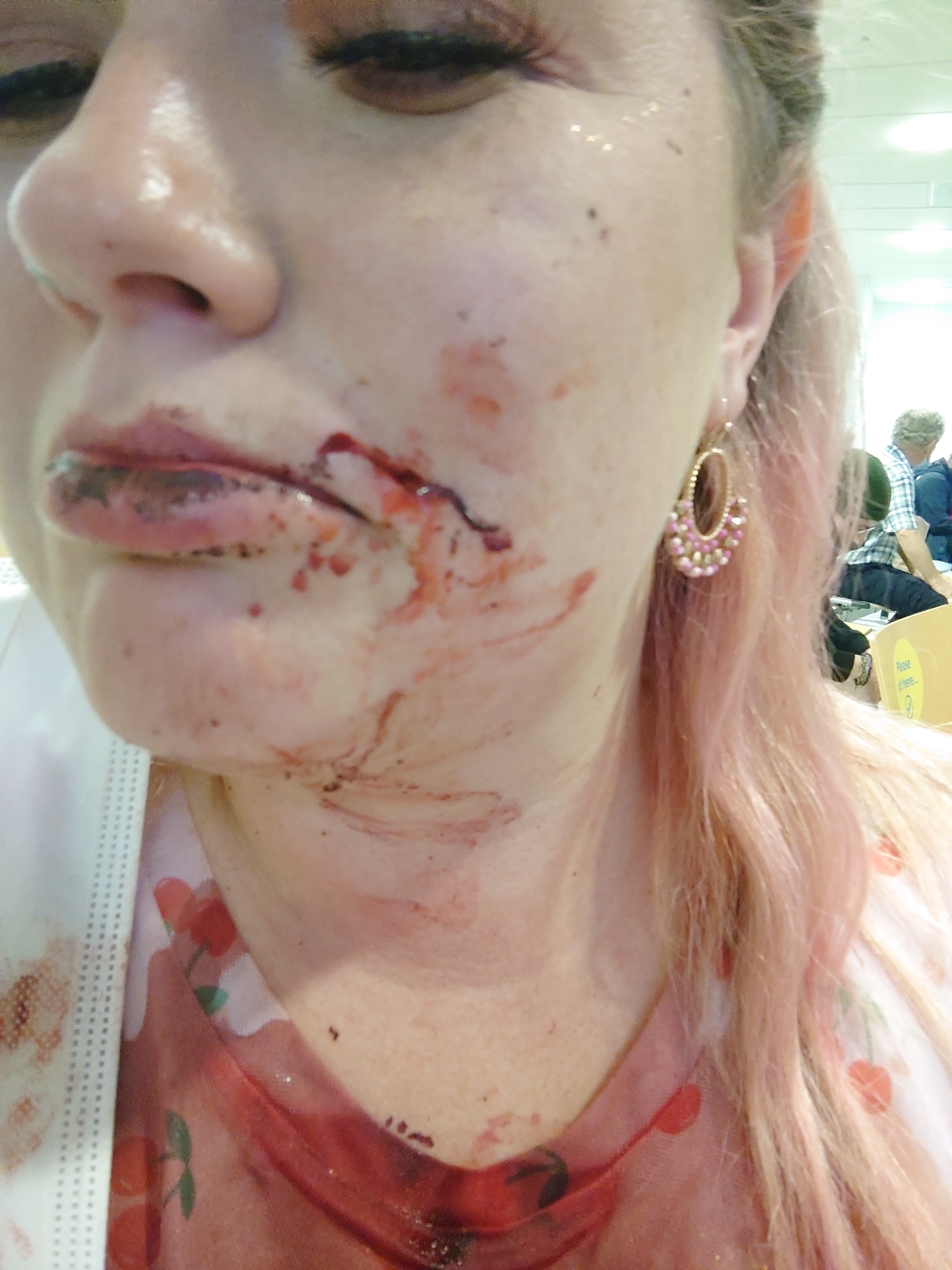 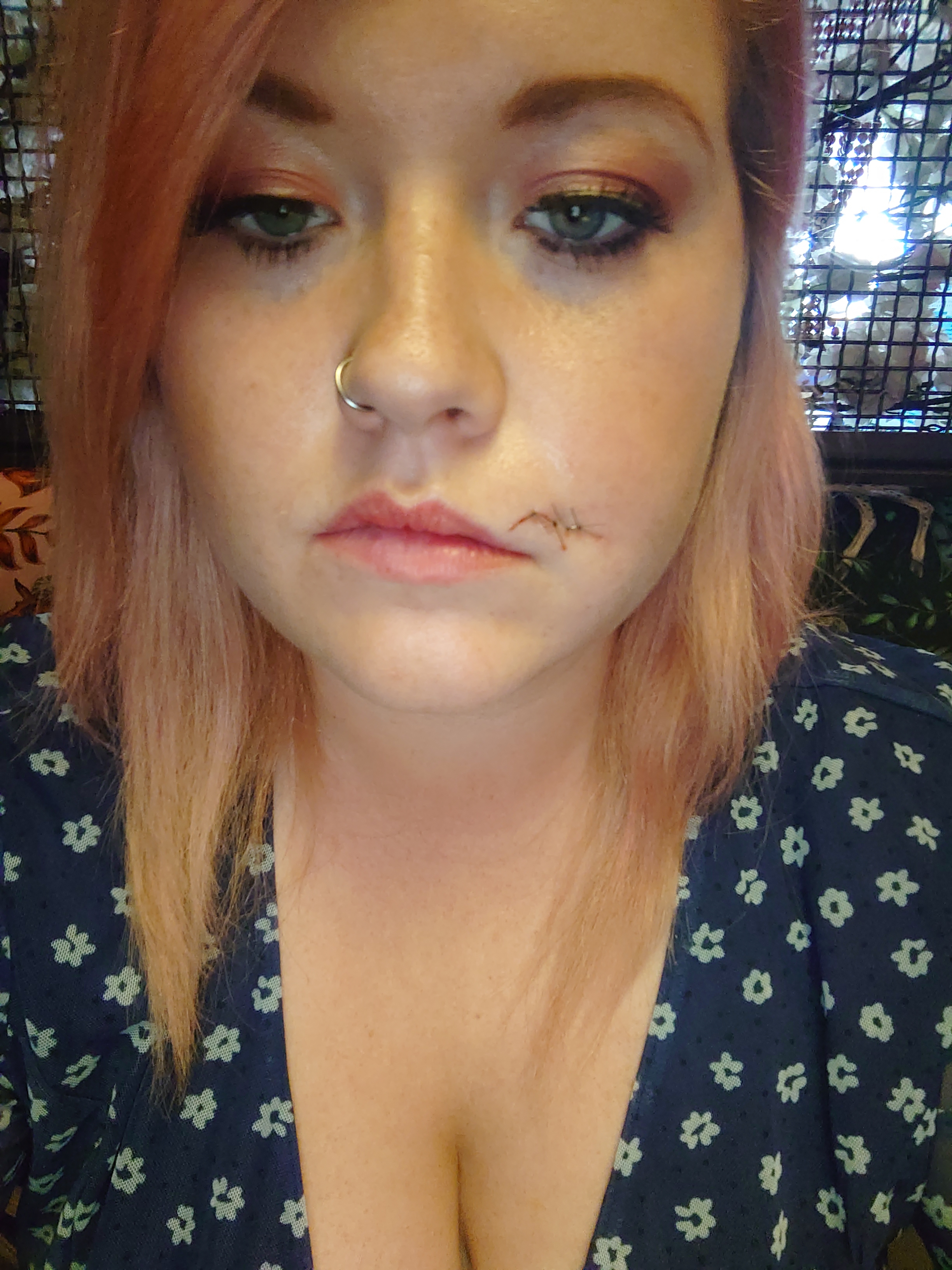 She stepped in and told them to stop – only for the group of lads to turn on her, punch her to the ground and kick her in the face, causing her teeth to pierce through her cheek.

The brave sales exec was rushed to hospital for eight stitches to her face, and now police are hunting the thugs who struck outside Newcastle‘s This Is Tomorrow Festival.

She says she doesn’t regret stepping in and “would do the same again” if it meant defending a vulnerable person.

Daisy from Houghton-le-Spring, Sunderland, said: “I didn’t know him, but I wouldn’t change what I did to defend that man.

“I could never be a bystander and watch someone get beaten up for no reason other than who they are.

“I think they went for him because of his beard – they thought he was gay, and he was on his own so an easy target.

“I knew I couldn’t stand and watch so I shouted at them to leave him alone.”

Daisy was leaving the weekend festival at Exhibition Park with boyfriend Adam Darley, 27, and four friends when she spotted the man being attacked, on September 17.

The sole festival goer was being pushed around by two or three hoody-wearing men.

When she told them to leave him alone, they threatened her and kicked her in the face.

Such force was used that her teeth were forced through her cheek – leaving her on the floor with blood gushing down her face.

But Daisy “hardly noticed” the pain as she jumped up to make sure her friends were okay.

She said: “I realised he was on his own and I couldn’t just stand there watching someone get beaten up.

“It all happened so fast – the lads ran off and left me to check on my friends.

“I was in complete shock and I couldn’t feel the pain – I was spitting out mouthfuls of blood but I barely noticed.

‘COVERED IN MY OWN BLOOD’

“I didn’t realise how badly I was injured until I took off my jacket after and saw it was covered in my own blood.

“I remember thinking ‘I’ve never seen that much blood before in my life – and it’s all mine’.”

Daisy was taken to the medical tent and then A&E at Royal Victoria Infirmary, Newcastle where she had stitches on both the outside and inside of her mouth to repair the hole.

The next day she could barely eat after her cheek swelled up – but after downing some pain meds she was able to return to enjoy the rest of the festival.

She said: “People were shocked when they saw me with my stitches and swollen face, but I couldn’t even feel it.

“Without a doubt, I’d do the same again.

“But I hope the people responsible can be brought to justice – attacking innocent people is never okay.

“I could never be a bystander watching someone beaten up for no reason – and I’d do it the same again despite my injuries.”

A spokesperson for Northumbria Police said: “Shortly after 10pm on September 17, police received a report of an assault in Brandling Park, Jesmond.

“It was reported that a male victim in his 50s had been walking down the street before he was approached and assaulted by two men who were not known to him.

“An investigation was launched into the incident, and officers have since learnt of a separate assault committed on another victim on the same evening.

“The other victim was a 28-year-old female.

“Police believe both assaults were committed by the same two male suspects.

“Enquiries are ongoing to identify those responsible.”

Anyone with information is asked to contact police via the ‘Tell Us Something’ page of the website or by calling 101 quoting reference number 816 17/09/21. 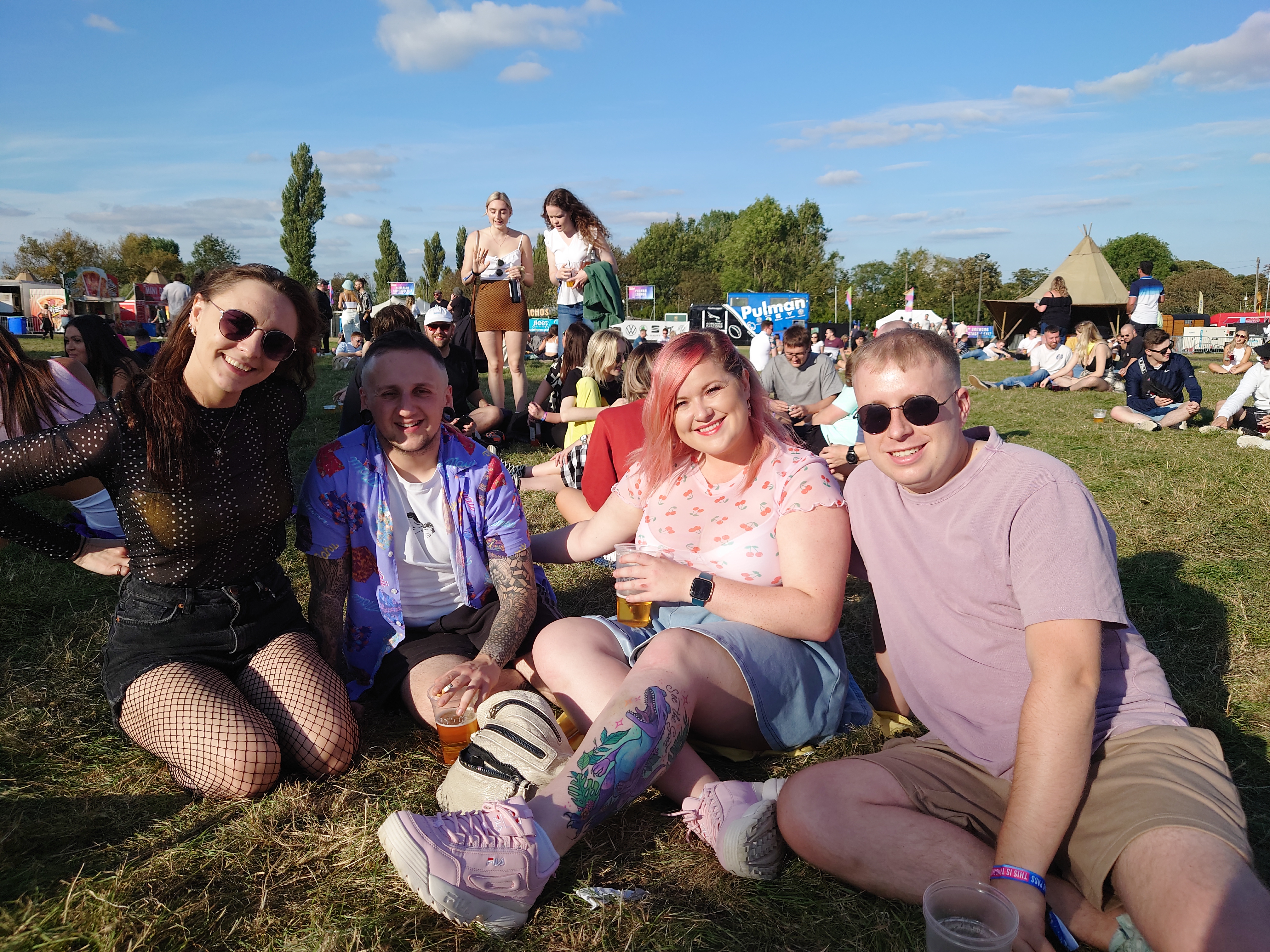 Daisy Wells, centre, had been enjoying Newcastle’s This is Tomorrow Festival with her boyfriend and palsCredit: SWNS:South West News Service

Cooking with coffee: a chef’s recipes for a dry-rubbed rib-eye steak and a rich chocolate tart | A journey to carbon-neutral coffee