Woman, 33, faces court battle after noisy cockerels ‘woke furious neighbours up at 4am for years’

A LORRY driver faces a court battle over her noisy cockerels which allegedly woke neighbours at 4am for years.

Jess Marson, 33, failed to reduce the disturbances after being issued with a noise abatement order. 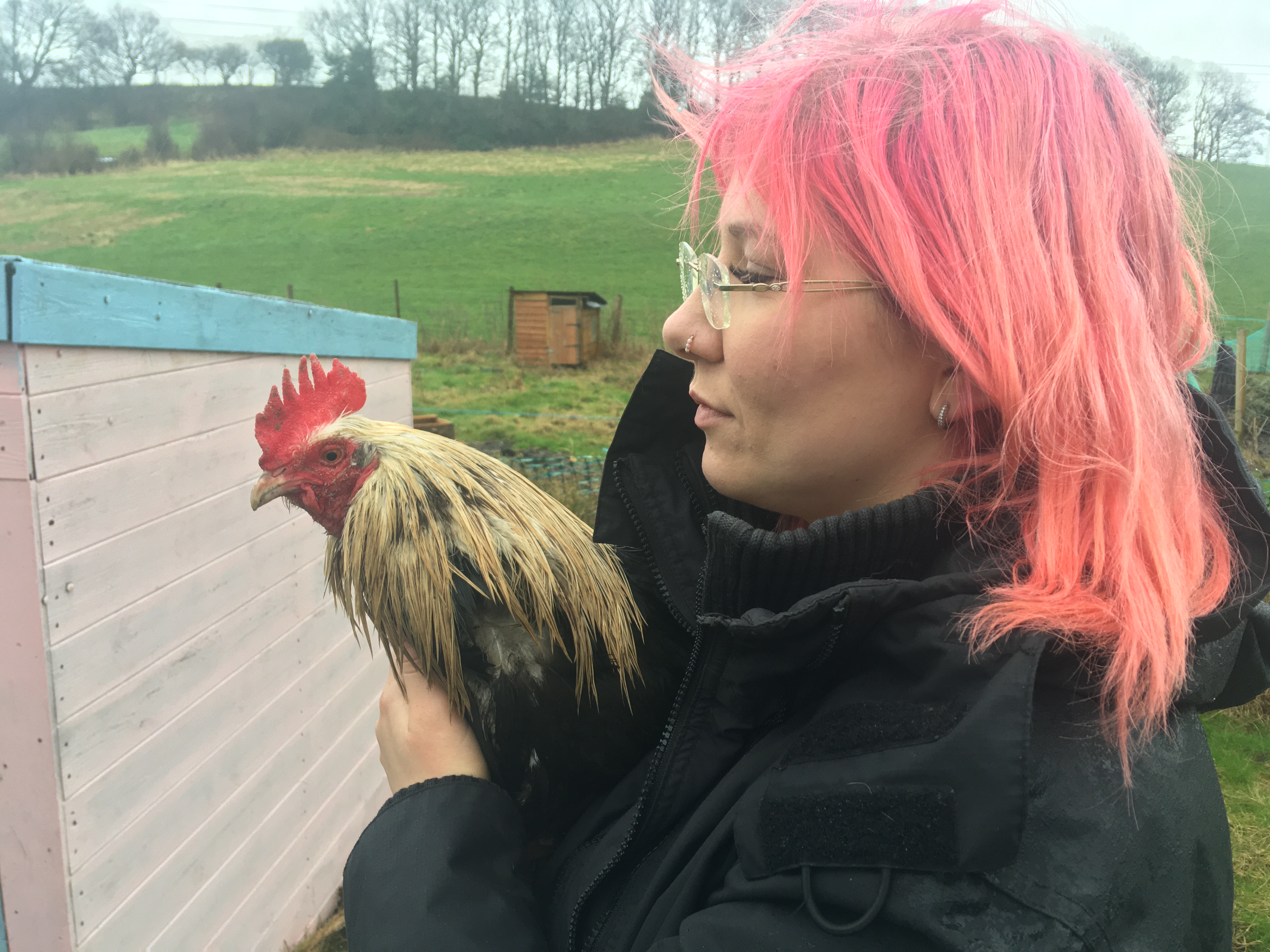 She faces a court battle over the noise of her cockerelsCredit: YorkshireLive/MEN

She called herself the “crazy chicken lady” and said she cannot imagine life without them or the rest of her animals, including geese, goats and a pot-bellied pedigree pig called Brian.

But neighbours say they have caused a nuisance for three years since the first complaint to the Kirklees council in West Yorkshire in 2019.

One resident said in a witness statement: “The noise from the crowing cockerels has affected and continues to affect our daily life.

“This is not just a single bird crowing occasionally, with multiple birds being kept.

“Typically, once one starts other birds join in with almost continual crowing either simultaneously or consecutively.”

Manchester Evening News (MEN) reported the neighbour’s claim their “health” has been affected and their “enjoyment” of their garden ruined.

The resident added: “The birds are in a direct line to, and almost at the same height as our bedroom window, around 120m away.

“Over time the number of birds kept has increased, exacerbating the issue.

“We believe that at least six cockerels have been kept and possibly 10 or more since 2019.”

Jess, who has a background in animal welfare, faces a day at Kirklees magistrates court.

She told MEN: “I love these cockerels. I don’t have children so these animals are like my ‘babies’.

“Obviously, it is not nice when you are being woken up but this is a semi-rural area and I rent the land from a local farmer.

“I was mad when I found out there had been a complaint. I would have liked the person concerned to have come to me personally instead of complaining via the council.

“I have had anti-crow collars fitted to the cockerels’ throats which tighten their passages and dull the sound and I think that has made a difference.

“I have done that on all of them but it works better on some of them than others.

“The council wants me to put them in a dark box but I think that is cruel.”

It comes after a nightmare neighbour who let his friends park on next door’s drive was slammed for taking liberties.

We exclusively revealed that a widow suspects her neighbour of trying to switch their energy supplier after a row over rubbish.

And a council was forced to intervene in a neighbourhood row over garden decking.