James Bradshaw said his family have been through a ‘nightmare’ ordeal (Picture: Kennedy News & Media)

A couple say they are ‘devastated’ after a cowboy builder walked off with their £50,000 life savings and left them living in a botched extension so bad it will cost another £100,000 to rebuild.

James Bradshaw, 39, and his wife had been putting money away for 15 years before making the decision to add a two-storey extension to their home in Wolverhampton.

Acting on a friend’s recommendation, the couple agreed to pay almost £70,000 for the work to accommodate their growing family which was due to be finished by August 2021.

But after months of issues and delays the builder vanished in September, leaving them £50,000 out of pocket and living on a ‘building site’.

James has since had a surveyor in to assess the work that had been done, who concluded it needed to be completely demolished and started from scratch due to the many structural issues.

Due to the soaring costs of building materials and labour, in addition to the funds needed to pull the unfinished extension down, they were given a new quote for £109,000.

James then contacted a solicitor to ask about taking the builder to court and claw the money back, only to be told he ‘won’t see a penny’ of his hard-earned savings again – even if he wins the case.

The sales director has now shared photos of the mess he’s been left with in a bid to warn other ‘conscientious and decent people’ not to fall victim to ‘cowboy builders’.

‘It’s been a nightmare. It’s put a lot of strain on mine and my partner’s life and caused a lot of devastation for our family,’ he said. 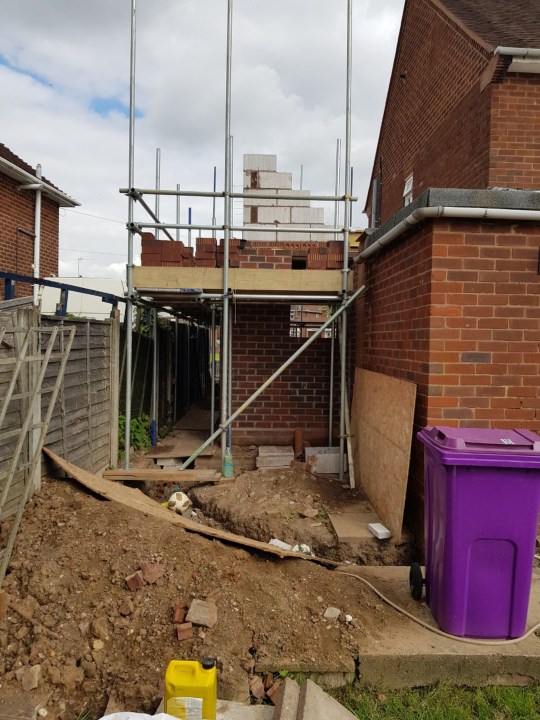 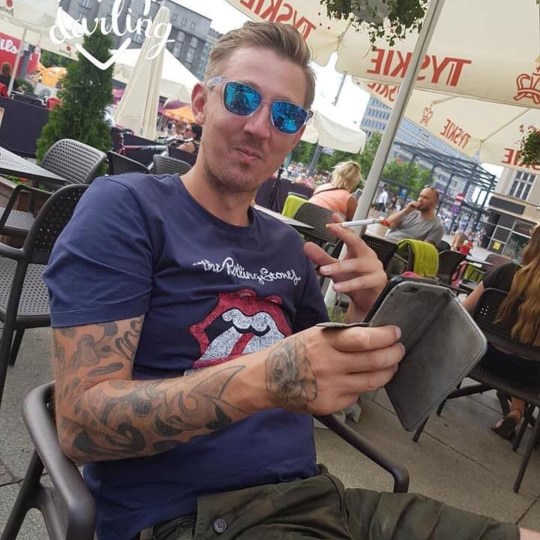 James was told he would probably win a court case but is still unlikely to see a penny of his £50,000 again (Picture: Kennedy News and Media)

‘The reason we were having the extension done is because we’ve had a daughter and we have three children living with us already – my son and my fiancée’s two children.

‘We were having the extension done to create two extra bedrooms and to extend the kitchen and dining room to have a bit more space for the kids.’

James said the builder’s work ‘was shocking from day one’, adding: ‘He never did a full week, he’d only turn up two to three times a week if at all and he’d turn up at 10:30am and leave at 3pm.

‘Every time the building inspector came to review the work he’d done it kept getting failed so he had to redo lots of it.

‘Eventually I said to him, “you need to come in for a meeting because this just isn’t good enough”.

‘As he walked through the door he said, “I’m going to give you your money back and you can get someone else to complete it because I can’t get it done and I don’t want the stress anymore”.

‘He left our house in the state it’s in and we haven’t spoken to him since.’ 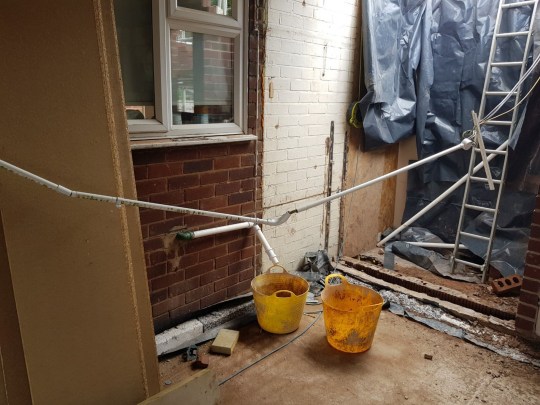 What little work had been completed was riddled with defects (Picture: Kennedy News and Media)

The two-storey extension was supposed to create two extra bedrooms and an extended kitchen and dining area within 14 weeks, for an agreed cost of £68,450.

By the time of their final meeting in September – two months after the deadline – there was only an unfinished single-storey and a plank of wood blocking where the back door used to be.

A month later, an independent building survey flagged several structural issues with the little that had been built and urged that it needed to be ripped down and restarted.

The report found that the walls were out of square in several places and either had a cavity that was too wide or cavity ties that were too short.

This means they weren’t fully tied in and didn’t provide full stability.

It also noted that the entire structure was at risk of damp due to multiple issues, including mortar breaching the wall cavities.

The report also said ‘lazy workmanship’ was evident in the internal brickwork, where a broken brick ‘looked to have been jammed in place’. 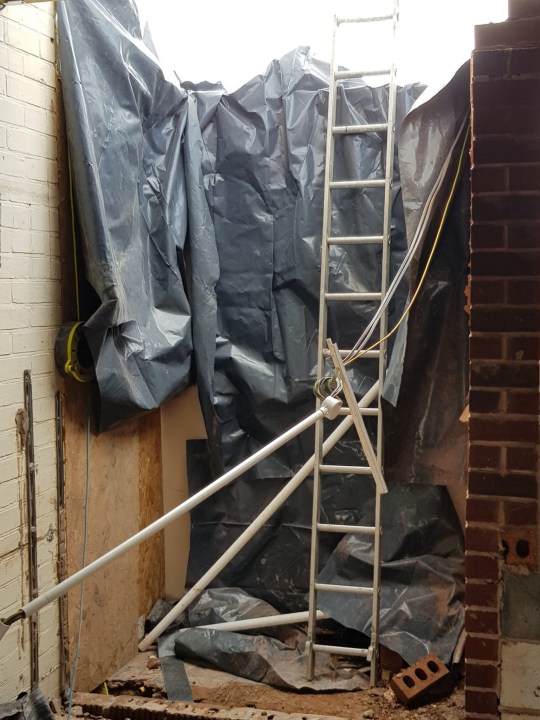 The family now face having to fork out £100,000 to have the shoddy structure pulled down and rebuilt (Picture: Kennedy News and Media)

Overall, it concluded: ‘Considering the overall condition of the build we would recommend that it is removed down to foundation level and the structure started again.’

In light of this, James sought legal advice to try and claw back some of his hard-earned savings back to be able to rectify the nightmare build.

But he said his solicitor warned he would ‘never see a penny’ of the £50,000 because the builder could simply close the business down due to not having the funds to repay it.

‘She said, “you will win in court but his solicitor will advise him to shut the company down because he hasn’t got the money to pay it back so you won’t see a penny”.

‘Two days after we received the court letter it came up on Facebook that the company was closed so I think he’s already shut it down.

‘We’ve looked into his history a bit now as well and he’s well known for opening companies and shutting them down – I think this is the fourth company he’s done that with since 2017.’

The heartbroken dad hopes that by warning people about the ‘dishonest and unreliable cowboy’ he fell victim to, he can help other families avoid the same fate.

James said: ‘There’s nothing we can do now, we just have to bite the bullet that we’re not going to get anything from it because the system doesn’t support this kind of thing.

‘We’ve got new builders in now but because we’ve wasted so much money we can only afford to get the shell done and we’ll have to do the inside stage by stage.

‘The new quote to put right and finish it is £109,000 because there’s been a huge increase in prices of building materials and labour as well as the extra work of demolishing it.’