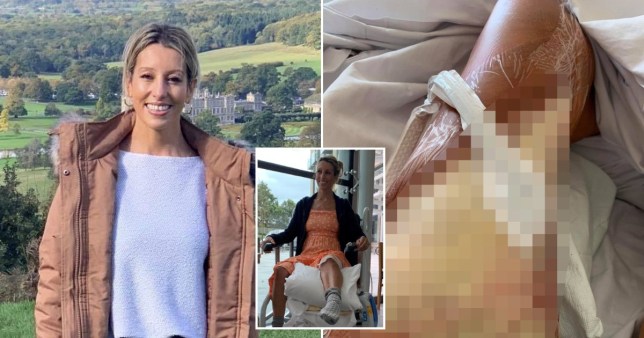 Lou Trott, 51, had to learn how to walk again after catching a flesh-eating bug on holiday (Picture: Loubna Trott/SWNS.COM)

A woman is ‘lucky to be alive’ after she caught a flesh-eating bug after cutting her knee while out jogging.

Lou Trott, 51, was terrified her children would be ‘left without a mum’ as she suffered from sepsis, multiple organ failure and was put in a coma.

Since beating the bug, she has learned to walk again and now even does runs to raise money for charity following her ‘horrific’ experience.

The mother-of-two, from Westbury, Wiltshire, was on holiday in Mallorca in summer 2019 when she tripped and injured her knee.

Not long after, she went swimming in the sea – where flesh-eating bacteria necrotising fasciitis managed to enter her system.

After returning home to England, Lou started to feel unsteady on her legs and visited her GP, believing she was dying.

Recognising the severity of the situation, her doctor called for an ambulance and she was rushed to hospital and put into the ICU.

Lou said: ‘The experience in ICU, although the nursed and doctors were amazing, the experience was really really traumatic. 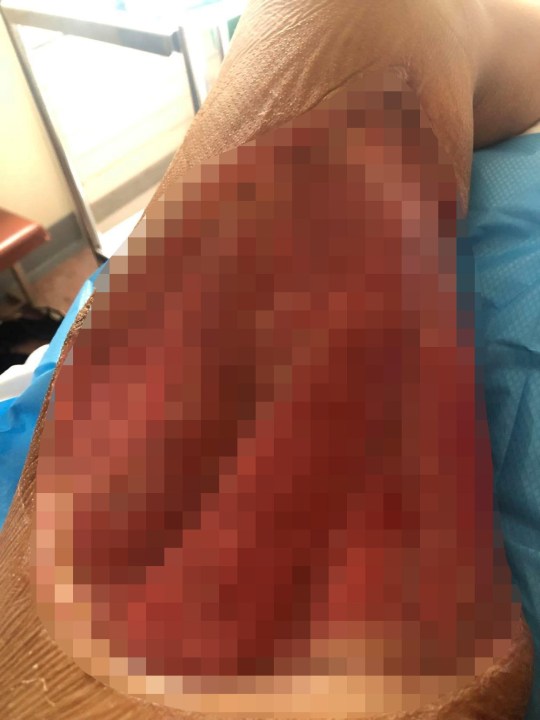 The mum-of-two was put in an induced coma in hospital (Picture: Loubna Trott/SWNS.COM) 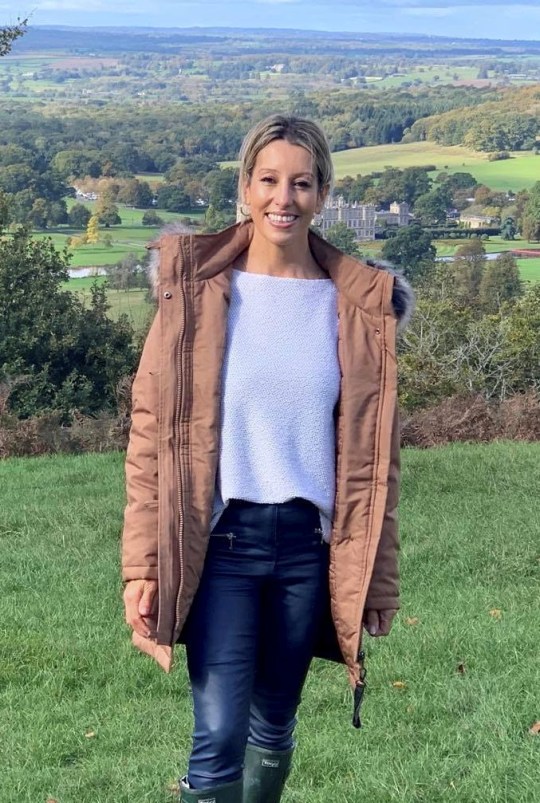 She caught the bug after going in the sea with a cut on her leg (Picture: Loubna Trott/SWNS.COM) 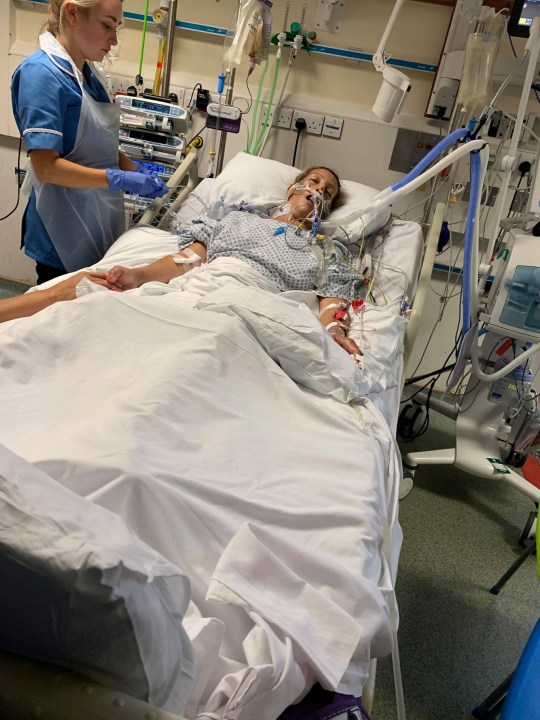 ’I could hear nurses talking to my family – hearing them talking about amputation. I didn’t know what was real and what wasn’t.

‘I was lying there and all I could hear was a lady crying next to me – saying to her husband “I wasn’t ready for you to go”. I thought I was going to the “death section too” – I was so frightened.’

Lou was put in an induced coma on July 19, and believes she woke up on or around the July 25.

She could only manage two or three steps at a time and spent several months learning how to walk again.

The mum was put through multiple operations as doctors desperately tried to remove the bacteria from her leg, and still has some planned for the future.

She said: ‘It’s been horrific – I couldn’t believe it was me there lying down, dying. The consultant said 70% of patients who had what I had die.

‘The skin graft felt like a swarm of bees or wasps landed on my leg and all stung me at the same time. 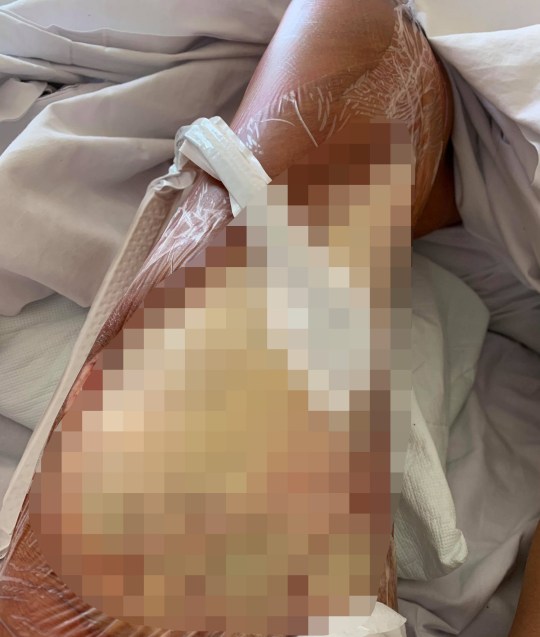 She could only manage two or three steps at a time when she woke up (Picture: Loubna Trott/SWNS.COM) 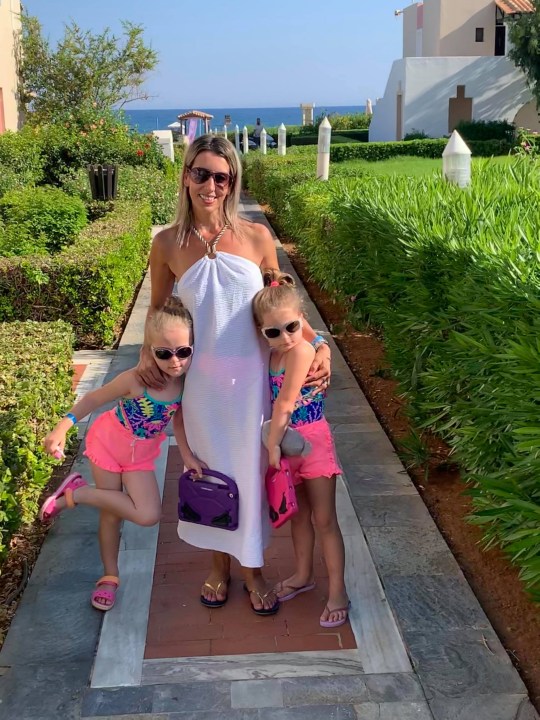 She was scared daughters Alayna and Maysa would be left without a mother (Picture: Loubna Trott/SWNS.COM) 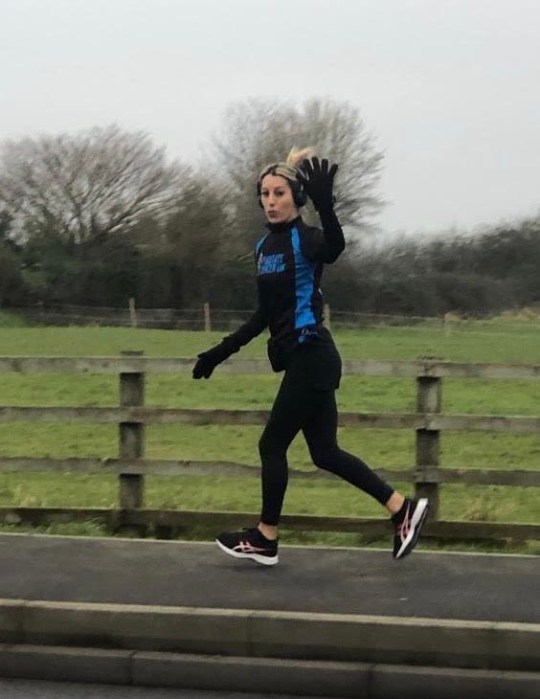 The mum has since started running again (Picture: BPM MEDIA)

‘No matter what pain killers they gave me – I could still feel the pain. There’s a lot to live for – I didn’t want my children to be without a mum.’

Almost two years on from her holiday, Lou has returned to running to ‘give something back’ to cancer charities, following the death of her father four years ago.

She said: ‘My fitness saved me. That’s why I always think I’ve got to stay fit. I used to cry when I was running because I couldn’t believe I was doing it.’