Boris Johnson and his son are said to have come straight from the airport (Pictures: Eyevine)

Mr Johnson senior celebrated his new novel From An Antique Land – set after the 9/11 attacks – at central London’s Daunt Books on Thursday night.

His son, pictured holding a glass of wine, apparently came to the event well-prepared – with a bottle of milk handy in his pocket, witnesses told MailOnline.

The pair came straight from Heathrow, The Sun reported, after enjoying a week in Marbella where temperatures have hit more than 20°C over the past week.

Less than 24 hours after arriving back to an England nearing winter Mr Johnson visited the Westbury-On-Trym Church of England Academy in Bristol.

He was pictured there looking like he had a bad case of the holiday blues.

The prime minister helped children make bird feeders and plant flowers and then rushed to a meeting in the City Hall to discuss all things climate change. 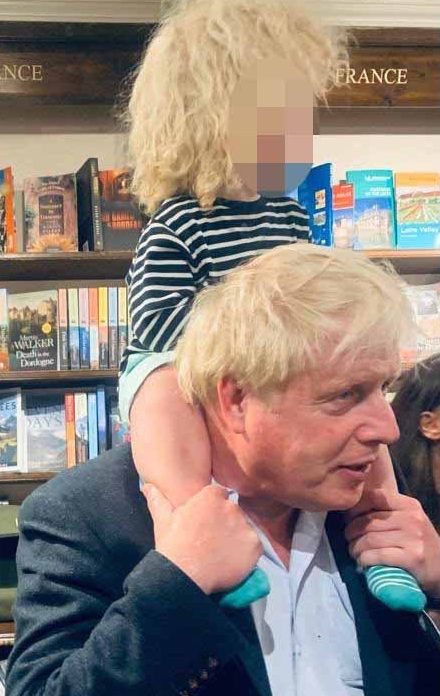 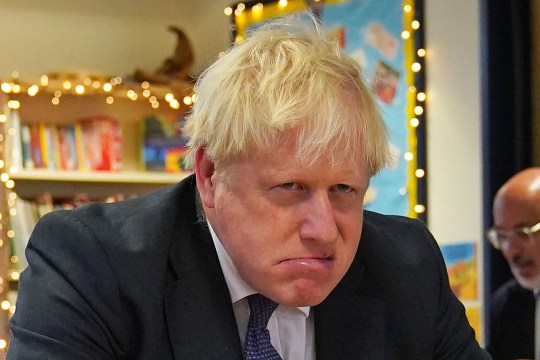 The prime minister pulled a grumpy face while he visited a school in Bristol (Picture: Getty Images)

It comes ahead of the 2021 United Nations Climate Change Conference (Cop26) in Glasgow at the end of this month.

But Mr Johnson and his family certainly had a good break – reportedly in a Spanish villa owned by former mayor of London candidate and environment minister Zac Goldsmith.

The bolthole is ‘set in over 600 acres of woodland, has its own heli-pad and two swimming pools’, according to its website.

The ‘secret paradise’ reportedly costs ‘up to £25,000 a week’ and offers ‘an intimate retreat from the city and business of modern life’.

Mr Johnson has been criticised for going away while the UK grapples with an energy crisis, a labour shortage and warnings of hardship for families all over the country. 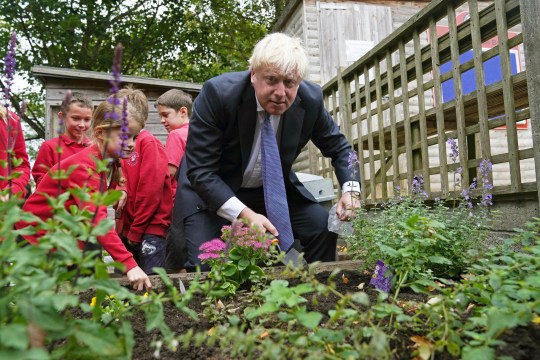 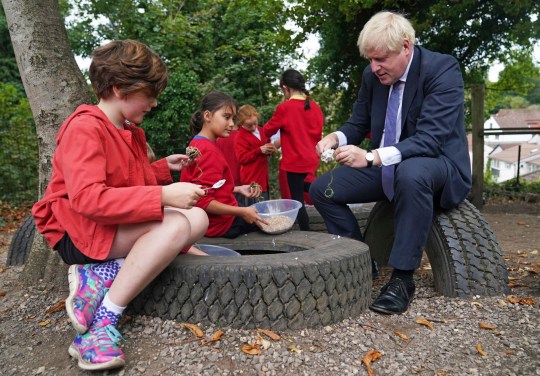 He made the school visit before rushing off to a meeting about climate change (Picture: Getty Images)

The state of the economy is forcing prices to go up at the same time the £20-a-week Universal Credit uplift is being removed.

But many colleagues have jumped to Mr Johnson’s defense, saying he deserves a break and will return rejuvinated.

Of course, Mr Johnson has returned to the tragic killing of Conservative MP Sir David Amess, who died after he was stabbed at Belfairs Methodist Church in Leigh-on-Sea.

Mr Johnson said he was filled with ‘shock and sadness’ over the death of ‘one of the kindest, nicest, most gentle people in politics’.

Sir David Amess death: Everything we know so far about the MP’s murder