Who is Marine Le Pen and what is her political background?

Far-right politician Marine Le Pen is set to face Emmanuel Macron for the second time in the French presidential elections, after both being voted through to the final head-to-head stage.

Over the next two weeks, Le Pen and liberal Macron will each attempt to sway the public to their cause – after coming first and second respectively in the first round of voting.

And on April 24, the people of France will cast their final ballots to determine who will run their country.

But who exactly is Marine Le Pen, and what is her political party?

Here’s what you need to know about her background.

She was born in August 1968, in the French commune of Neuilly-sur-Seine, in northern France – often considered a ‘posh’ or upmarket suburb to the west of Paris.

Le Pen is the daughter of a well-known far-right politician, Jean-Marie Len Pen, who started the party she would later lead: Rassemblement National (National Rally), formerly the National Front.

Le Pen led the National Rally from 2011 to 2021 – and is their candidate at the 2022 French presidential election. 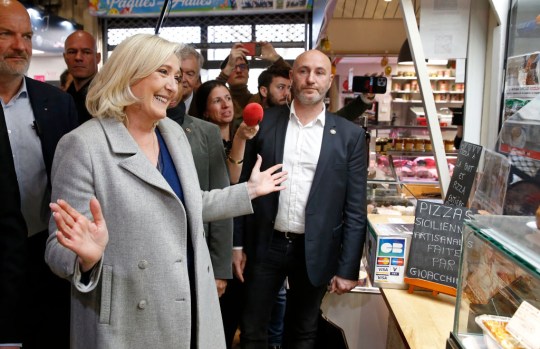 Le Pen on the campaign trail in 2022 for National Rally (Picture: Chesnot/Getty Images)

It had, when she joined, been going for 14 years, with dad Jean-Marie founding the far-right group in 1972.

Le Pen when she joined the administrative side of the party in 1998 – becoming the Director of Legal Affairs until 2003.

Just a year earlier, her father had come second in the 2002 French presidential election, with 17.8% of the public vote to President Jacques Chirac’s 82.2%.

Shortly after, in 2004, Marine was voted as the Member of European Parliament (MEP) for Ile-de-France, a role she held until 2009.

When Jean-Marie ran for president again in 2007, Marine managed the campaign, though this time he only came in fourth – not even making it to the second round of votes. 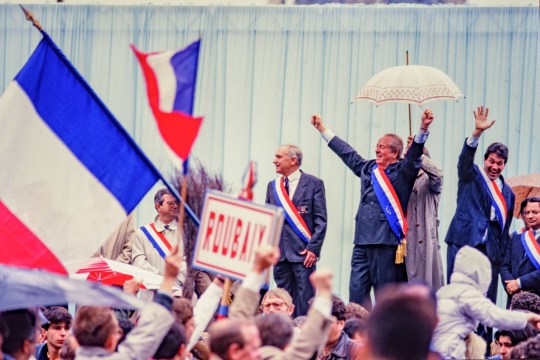 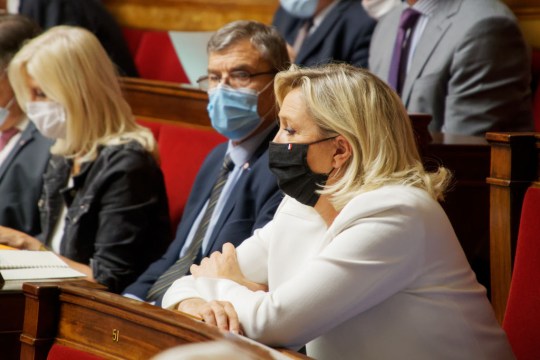 Marine Le Pen is a Member of the National Assembly of Franc e(Picture: Daniel Pier/NurPhoto via Getty Images)

Nicolas Sarkozy was the eventual winner of the 2007 election, replacing Chirac.

Additionally, Marine Le Pen held a number of positions as part of the National Front, and ultimately won a vote to become leader of the entire party in 2011.

During the 2012 French presidential election, Le Pen came third to Nicolas Sarkozy and Francois Hollande – only reaching the first round, but winning 17.9% of that vote.

In 2015, Marine kicked her own father out of the party for anti-Semitic comments and holocaust denial.

Since 2017, she has been representing the 11th constituency of Pas-de-Calais as a Member of the National Assembly of France (so basically, the French version of an MP).

And she once again ran for the French presidency that year, this time winning 33.9% of the vote in the second round – losing out to France’s current President Emmanuel Macron.

But demonstrators took to the streets and even burned cars in the wake of her shocking advance in the election.

It was in 2018 that the National Front underwent a name change to National Rally.

Marine Le Pen has attempted to move the party away from certain policies and beliefs it held under her father’s leadership, it’s been widely reported – including trying to distance itself from anti-Semitic rhetoric. 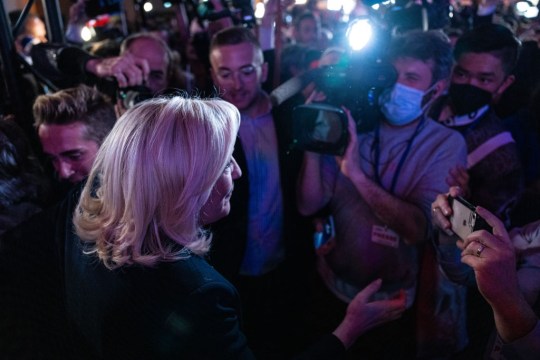 She came second to Macron – who represents the centrist (often dubbed as ‘liberal’) party La République En Marche! – in the first round of votes on April 10 of this year.

Le Pen secured 23.1% of the vote, with Macron pipping to the top with 27.8%. The pair will now face-off in the second round of voting later in April.