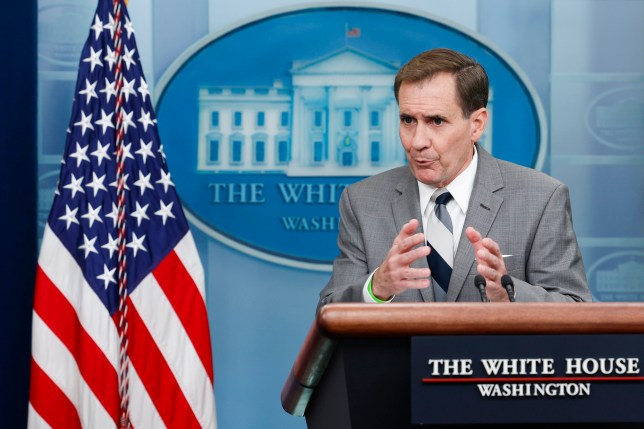 North Korea is ‘covertly’ shipping a ‘significant’ number of artillery shells to Russia to bolster the Kremlin’s invasion of Ukraine, the White House has said.

US National Security spokesman John Kirby said Pyongyang is attempting to obscure the consignments by ‘trying to make it appear as though they’re being sent to countries in the Middle East or North Africa’.

He declined to provide a specific estimate on the quantity of ammunition being sent and told reporters the intelligence services are ‘monitoring this to determine whether the shipments are actually received’.

Mr Kirby insisted the deliveries are ‘not going to change the course of the war’, citing Western efforts to resupply the Ukrainian military.

The White House revealed the new intelligence nearly two months after first alleging Moscow was buying millions of rockets and artillery shells from North Korea for its ongoing military campaign.

Pyongyang issued a furious denial of the claim at the time and warned the US to ‘keep its mouth shut’ and stop trying to ‘tarnish’ the country’s image. 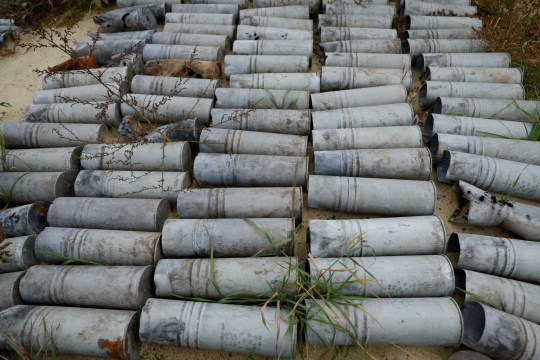 Artillery shells used by the Russian arm displayed by the Ukrainian military in the region of Kharkiv (Picture: Reuters)

The finding comes after the US said Russian forces took delivery in August of hundreds of Iranian-made drones for use on the battlefield in Ukraine.

Ukraine was blitzed by the so-called ‘kamikaze’ drones last month, with a wave of attacks wiping out critical infrastructure in several cities.

North Korea has sought to tighten relations with Russia, blaming the US for the war and decrying the West’s ‘hegemonic policy’ as justifying Moscow’s military action in Ukraine to protect itself.

The North Koreans have also shown interest in sending construction workers to help rebuild Russian-occupied territories in the east.

It is the only nation aside from Russia and Syria to recognise the independence of the territories, Donetsk and Luhansk, further aligning with Russia over the conflict in Ukraine.

The North’s arms export to Russia would be a violation of UN resolutions that ban the country from exporting to or importing weapons from other countries.

Sending labourers to the Russian-held territories in Ukraine would also breach a UN resolution that required all member states to repatriate all North Korean workers from their soil by 2019.