Ukraine has requested fast-track entry to the EU (Picture: Getty)

All eyes are on the European Union (EU) as Ukraine awaits to be granted membership as it continues fighting off Russian invaders.

President Volodymyr Zelenskyy submitted the application for Ukraine to join the union on February 28, requesting ‘immediate accession via a new special procedure’.

But which countries are currently members of the bloc?

Which countries are part of the EU?

The EU is currently made up of 27 members. 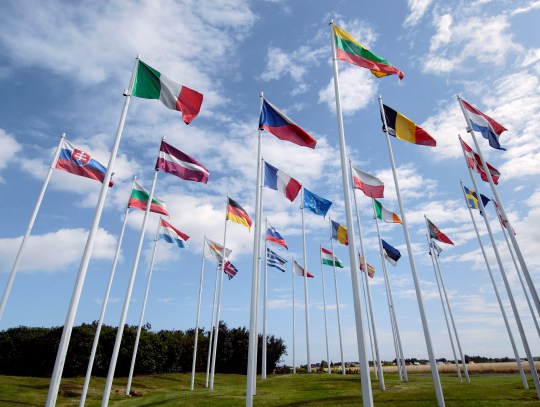 There are currently 27 countries in the EU (Picture: Getty)

The current members are as follows:

Which countries want to join the EU?

As mentioned previously, Ukraine has requested fast-track membership to the bloc.

Ukraine has long wanted to be part of the bloc – signing a 2017 Association Agreement with the union to facilitate trade, ‘political dialogue’ and to ‘promote, preserve and strengthen peace’, but its membership would solidify and formalise the support of its 27 members.