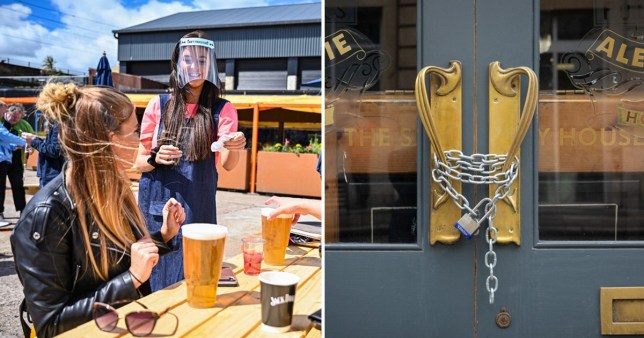 Industry bosses warned most pubs don’t have the space to make it worth reopening (Picture: Getty/PA)

Most pubs will not reopen on April 12 because they have not got enough outdoor space to make it financially viable, an industry boss has claimed.

While 75% of pubs in the UK have a beer garden or other outdoor space, the British Beer and Pub Association (BBPA) say only 40% have one that is large enough.

That could mean the majority of pubs stay closed, while those welcoming punters back may find limited capacities and changes in the weather make it difficult for them to break even.

Emma McClarkin, chief executive of the BBPA, said: ‘Even if some pubs did try and open outdoors only in April, all it would take is some heavy rain and they would find it has all been for nothing.

‘For many pubs, gardens are at the back and the only way to access them is through the inside. And of course, toilet facilities would still need to be provided.

‘We question the government’s thinking behind this and suggest they consult with us as a sector on it.’ 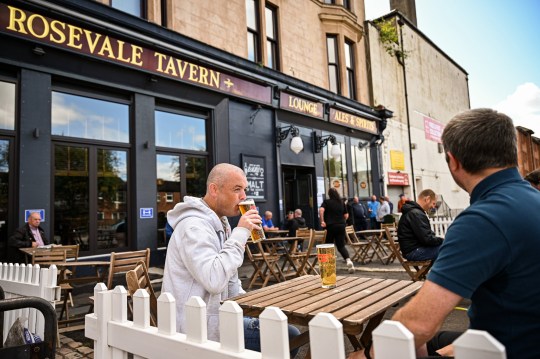 Members of the public enjoy their first drink in a beer garden at the Rosevale Tavern in Partick last July (Picture: Getty)

The BBPA has called for pubs to be able to reopen fully, inside and outside, alongside non-essential retail and beer gardens on April 12, Sky reports.

It comes amid a continuing row over domestic vaccine passports, which could be used to decide who is allowed inside certain venues once they have been allowed to open up again.

Ms McClarkin said they could potentially ‘scupper things’ for hospitality venues who are trying to reopen. 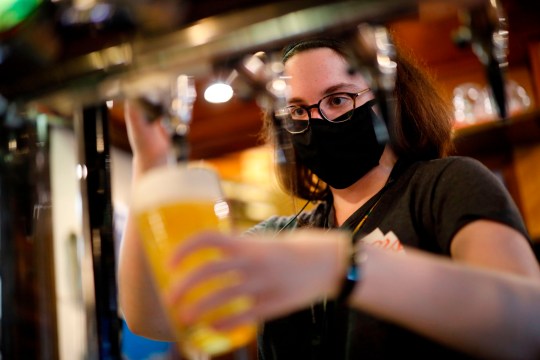 Vaccine passports could ‘scupper things’ for the hospitality industry (Picture: AFP via Getty)

On whether life could be made easier for businesses by vaccine passports as it could mean there is no need for them to track and trace, she told BBC Breakfast: ‘This would be an additional burden put on to the pubs. We are desperate to get back open again. We are desperate to do that.

‘We will play our part in test and trace but the additional burden of the vaccine passport could really, really scupper things.

‘It could make it feel that we are discriminating against sections of the population that have not been offered a vaccination or are unable to have one like pregnant women or a grandad who is probably going to forget his actual vaccine passport because he does not have it on his smartphone.

‘It is a difficult process for us to implement in venue and yet today we have not had a consultation with the Government about how we would do this in pubs.’