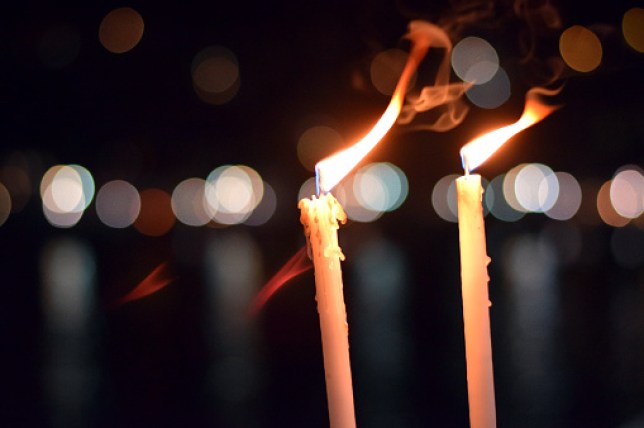 Do you know when Greek Easter is celebrated? (Picture: Getty)

Easter is here! What do you mean we’ve already had it? Well, that all depends on where you’re from, and the kind of Christianity (if any) that you follow.

While most Christian countries celebrated Easter this year over April 2 – April , Christian Orthodox countries such as Greece celebrate it later in the year.

So when is Greek Easter, why is it on a different date and how do people celebrate it? We break it down below. 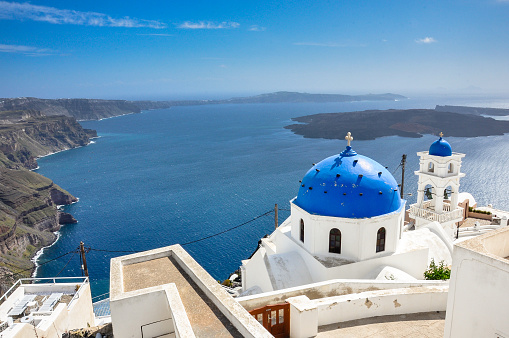 Easter is the biggest holiday in Greece (Picture: Getty)

The key dates for Greek Orthodox Easter in 2021 are:

Greek Easter can sometimes occur on the same day as Western Easter, as it did back in 2017.

Why is Greek Orthodox Easter on a different date? 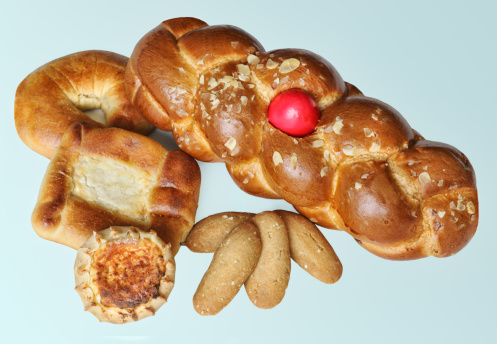 These are traditional Greek easter bread and cakes often enjoyed over the long weekend (Picture: Getty)

Eastern Christianity recognises a different date for Easter because they follow the Julian calendar, as opposed to the Gregorian calendar which is widely used by most countries today.

Great Britain changed to the Gregorian calendar in 1752.

The Julian Calendar was proposed by Julius Caesar in 46 BC, in which the year consisted of 365 days, every fourth year having 366 days.

It was later revised by Pope Gregory XIII in 1582, and that edition eventually became the Gregorian calendar.

Russia – as well as other Balkan, Middle Eastern and former Soviet countries – also observe the Julian calendar and celebrate a later Easter.

How do people celebrate Orthodox Easter? 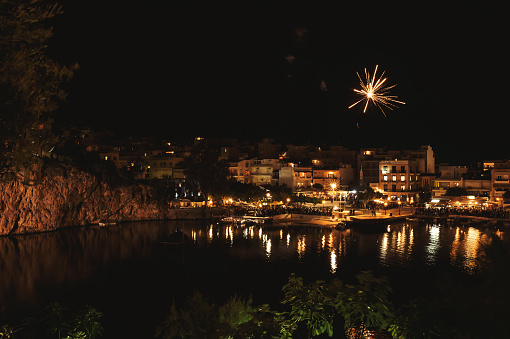 Roasted lamb on a spit (or ‘souvla’) is often on the menu for Greeks at Easter.

According to the Apostle John, Jesus is the Lamb of God so eating lamb on this day honours his sacrificial death.

In addition, many Greeks dye their eggs red to represent the blood from Christ’s tomb.

Sometimes these are baked into a sweet bread known as ‘Tsoureki.’

Church is obviously an important part of the celebrations and many Greeks attend services, starting from Good Friday. 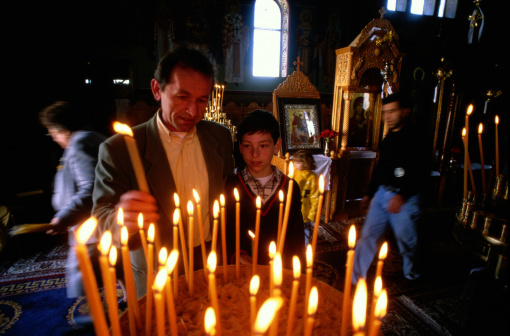 Easter Saturday is traditionally the most important day in the Greek easter calendar (Picture: Getty)

The services on Friday are more sombre as church bells ring and flags fly at half-mast to represent Christ’s passing.

Unlike Western Christianity, the ‘Holy Saturday’ service is questionably the most important.

This takes place around midnight and is followed by joyous church bells, fireworks and crackers to mark Christ’s resurrection. Many buy candles which they take home.

The festivities begin here and many Greeks break their 40-day fast with a traditional soup, Magiritsa, which is made of lamb, rice and dill before the main feasting begins on Sunday.

MORE: When is Easter 2022 and why do the dates change every year?