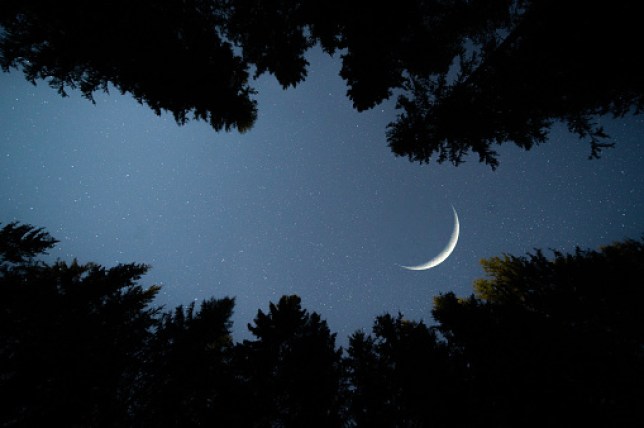 The celebrations are held in accordance with the moon’s sighting. (Picture: Getty)

Eid is a time for celebration in the Islamic faith – and there’s actually not just one Eid, but two.

The first, Eid-al Fitr, follows Ramadan – a test of devotion and endurance as people will undergo a month of fasting and prayer.

Muslim communities were dealt a devastating blow in 2020, with lockdown restrictions introduced the evening before an Eid celebration – so many will be hoping that, lockdowns and vaccines permitting, 2021 might allow bigger celebrations when Eid comes around.

When are the Eid celebrations this year?

Eid al-Fitr is also called the ‘Festival of Breaking the Fast’ and, unsurprisingly given the name, celebrates the end of the month-long fast of Ramadan.

In the UK, Eid-al Fitr will last for one day, and is predicted to start on Wednesday, May 12 and end on May 13. 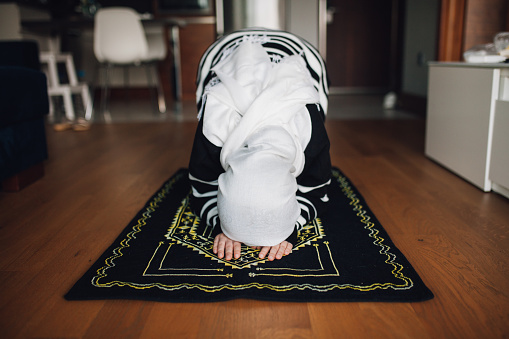 It coincides with the end of Ramadan and is celebrated during the first three days of Shawwal, the tenth month of the Islamic calendar.

Like the start of Ramadan, this is subject to the official sighting of the crescent moon, and may vary in different countries – observers will look for the first sighting on the 29th day of Ramadan, if the moon is seen, Ramadan is deemed to have ended; if it isn’t, then it goes on another day and Shawwal starts the day after that.

What happens during Eid-al Fitr?

In a complete opposite to Ramadan, it is forbidden to fast during Eid-al Fitr.

The festival will generally be celebrated with meals with communities, and it is sometimes referred to as the Sugar Feast, as many will indulge in some sweet treats after their fasting. 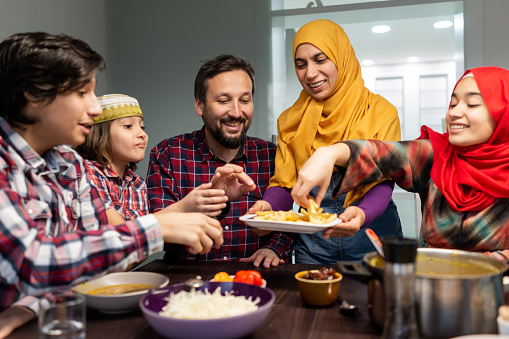 Families will come together to eat Iftar after a month of fasting (Picture: Getty)

Eid al-Fitr is a time when presents are given, new clothes are worn, and the graves of relatives are visited.

In addition, it’s normal for men to greet other men with a big hug, and women to do the same to other women in a bid to create goodwill between all. 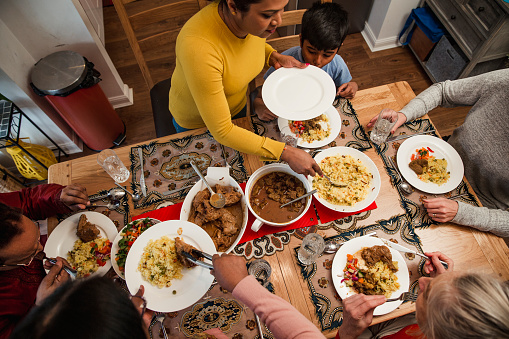 Sharing food with your family, friends and other members of the community is an important part of the festival (Picture: Getty)

During Eid, there is a type of charitable giving called Zakat al-Fitr, which takes place at the end of Ramadan, or given out just before the end so that everyone can celebrate during Eid-al Fitr.

The festival revolves around the story of Allah appearing to Ibrahim in a dream and asking him to sacrifice his son, Ishmael, as a sign of his faith.

It has similarities to the Christian and Jewish tales where God asked Abraham to sacrifice Isaac but spared him from doing so.

During Eid-al Adha, some Muslims sacrifice animals, in Britain this is done in a slaughterhouse, and the meat is divided up among friends, family and donated to those in need.

Like many things in the Islam religion, Eid al-Fitr and Eid al-Adha are determined by the Islamic lunar calendar.