You won’t get to throw away those L-plates without passing your driving test (Picture: Getty Images)

If you’re learning to drive, you’ll know that safety is the priority – and that you’ll have to pass your driving test before you can tear up those L-plates and take to the road properly with your driving licence.

Nowadays the driving test is a fairly detailed exam, which sees you having to pass your theory test as well as proving to your examiner you can drive safely, reverse and do everything else you might need to do in a car.

It hasn’t always been this way though – as cars were around long before driving tests were.

Just when did driving tests start in the UK?

While motor cars first found their way on to British roads in the 1890s, driving tests didn’t actually follow until 1935.

The first tests were introduced on March 16 1935 under the Road Traffic Act 1934 – although initially they were voluntary, to avoid having a rush of candidates when they did, eventually, become compulsory.

The first person to pass a driving test in this country was a Mr R Beere of Kensington – who paid 7s and 6d to take the test, the equivalent of 37.5p in today’s money. 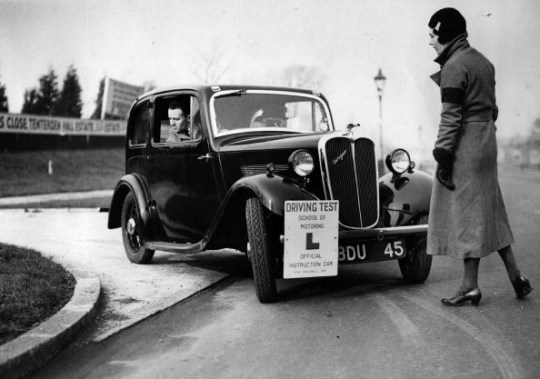 Driving tests became compulsory on June 1 1935 for all those who began driving and riding cars or motorbikes after April 1 1934.

Back then, the role of an examiner involved booking the test, as well as meeting the candidate at an agreed location, as test centres did not exist at this point.

Driving tests were suspended during World War II, with examiners redeployed elsewhere – including on traffic duties and supervising fuel rationing – but they resumed once again in 1946, the year after the war ended.

They were also stopped once again from November 1956 until April 1957 during the Suez crisis, while tests were also suspended during the early days of the Covid pandemic in 2020, except for key workers who needed to be able to drive for their job.

When was the first driving licence issued in the UK? 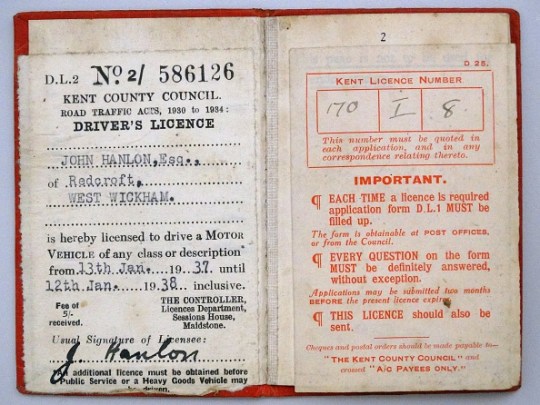 The driving licence was first introduced into Britain on January 1 1904, following the introduction of the Motor Car Act in August 1903.

Registration numbers for vehicles and a 20mph speed limit were also brought in on the same day.

Failure to sign your licence could also land you in trouble, with a fine of up to £5 for those who didn’t.