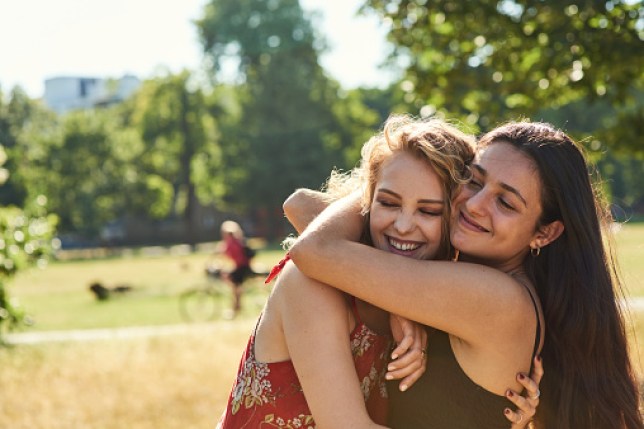 Missing hugging your friends and family? The end might be in sight. (Picture: Getty)

With the news that the vaccine rollout is on track, Prime Minister Boris Johnson has announced England’s roadmap out of lockdown.

As the restrictions lift, and children head back to the classroom, it seems as if the worst part of the pandemic might be over.

Many are cautiously optimistic that life might return to something close to normal by the summer.

So, when can people in England hug again, and when can we stop wearing face masks?

When can we hug again?

If you’re missing giving your pals a cuddle, the end might be in sight.

Health Secretary Matt Hancock has said that from May 17, hugging could be back on the cards, as most vulnerable people should have been vaccinated. 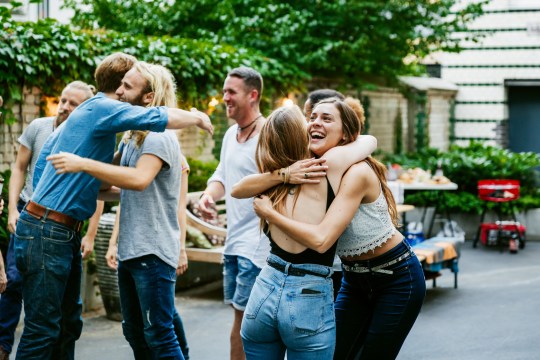 We might be able to meet in groups again in the summer. (Picture: Getty)

For the time being, it’s still important to maintain social distancing and hand washing to keep down transmission rates.

When will social distancing end?

The advice on social distancing will be updated ‘as soon as possible’, and no later than May 17.

The official end of social distancing will be under continuous review from this point.

Government ministers have said that the date could be moved forward if vaccinations are rolled out quicker than expected, so you could be getting close to your loved ones sooner than you think.

From May 17, two households or groups of up to six could also be able to meet indoors.

When can I stop wearing a face mask?

From June 21 at the earliest, there could be ‘no limits on social contact’.

However, it is not yet entirely clear if this marks the end of face masks. 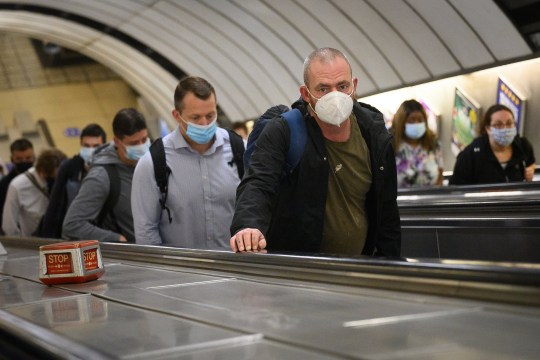 Face coverings are currently mandatory on public transport and inside public buildings – and secondary school pupils may have to wear them in the classroom.

When can I go to a concert?

Gathering with a big group – and singing out loud – might seem like a fantasy at this point. 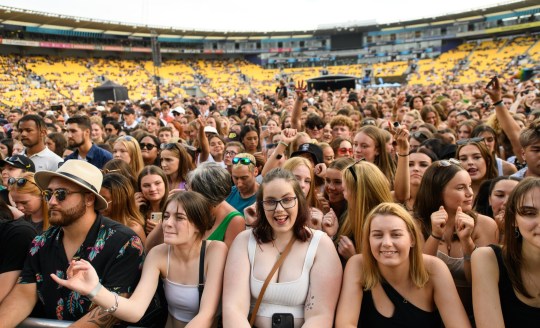 Some countries, such as New Zealand, have already seen a return to live music. (Picture: Getty)

But according to the roadmap, from May 17, the rule of six could be abolished for outdoor meetings.

Performances can also return, though social distancing has to be maintained.

The organisers of Reading and Leeds festival have announced that this year’s event will go ahead, with Stormzy and Liam Gallagher headlining.

For events held in the largest venues, like football stadiums, up to 10,000 people will be able to gather.