What is the European Council and who is President Charles Michel?

As Russia invades its Eastern European neighbour Ukraine, the country is resisting enemy forces – and many are watching the European Union’s (EU) response to the crisis.

Ukraine’s President Volodymyr Zelensky just days ago made an impassioned plea for his country to join the bloc – and the EU appears to be in favour of granting candidate status.

With the situation ongoing, many are naturally following the different organisations within the EU – including the European Commission, which works alongside European Parliament.

But what exactly does its third body, the European Council, do? And who is its president?

Here is everything you need to know.

What is the European Council?

The European Council is in charge of setting the political direction for the Union.

Usually, it reaches ‘conclusions’ on EU priorities, the political direction of the EU, and other issues. 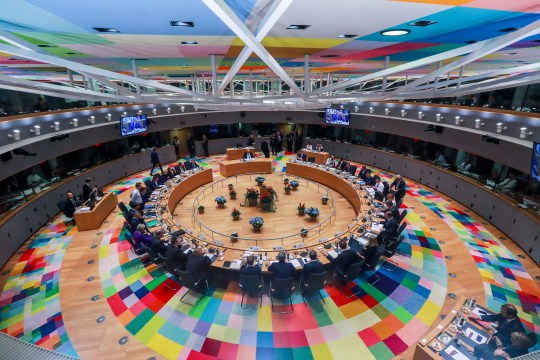 The European Council is made up of 29 people (Picture: STEPHANIE LECOCQ/POOL/AFP via Getty Images)

It also negotiates and adopts EU ‘legislative acts’, alongside the European Parliament – based on the proposals put forward by the European Commission.

The EU website says it does this ‘in most cases together with the European Parliament through the ordinary legislative procedure, also known as co-decision’.

Unlike Parliament, which is full of MEPs voted for by the people of EU member states, the European Council is made up of 29 specific people.

Ursula von der Leyen is one of them – as are the government heads for all 27 member countries.

The members have the authority to commit their governments to the actions agreed on in the meetings. 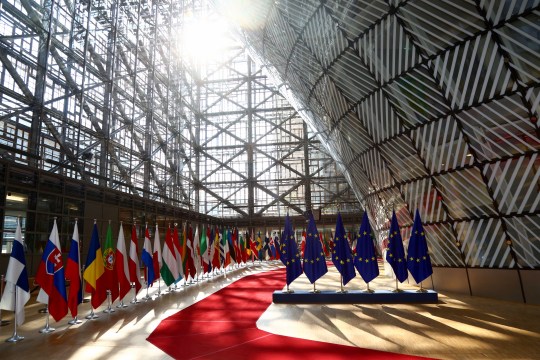 The European Council is based in Brussels (Picture: AURORE BELOT/AFP via Getty Images)

The European Council voted Charles Michel to be president in July 2019. He took office on December 1 of that year.

Of his new role, Michel said: ‘To be appointed as President of the European Council is a great responsibility and a task I will fulfil with commitment. A united Europe with respect for national diversity is my objective.

‘Solidarity, freedom, and mutual respect are the core of the European Union. I will uphold these values.’ 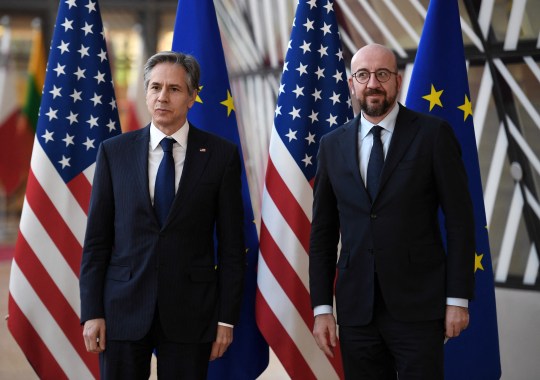 Born in the Belgian town of Namur in 1975, he is the son of Louis Michel, a former European Commissioner.

During his first month as European Council President, he announced a historical deal on the recovery package Next Generation EU and the EU 2021–2027 budget to support member states hit by the Covid-19 pandemic.