A JOBSWORTH council has been blasted for dumping a giant planter barricade that has blocked several residents from exiting their homes.

The intrusive roadblock was meant to stop traffic, but locals in Evington, Leicester have blasted it as “utterly inappropriate.”

The daughter of two elderly residents living in the area, Kate Clement, claims the local authorities had not considered the consequences of the measures for the residents.

She says her parents, who both in their 70s, rely on car journeys to and from regular doctor and hospital appointments which, she said, would go from being five minutes to 45 minutes with new road closures in place.

She told LeicesterLive: “My dad has got cancer and my mum is classed as disabled – although it’s a five-minute drive to the shops and doctors, it’s too far for them to walk. 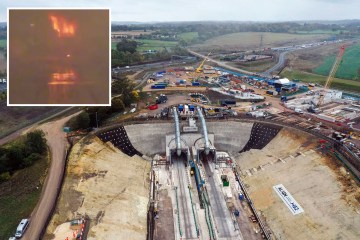 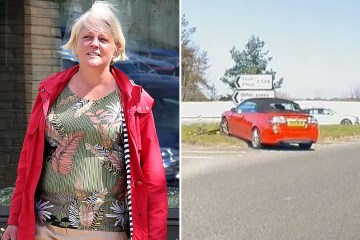 “The council is proposing that they make the drive around four local schools to then join the school traffic.”

When the issue was initially raised, Ms Clements also claimed that her dad was told by a local council officer that residents should “learn to walk a bit further.”

She added: “The scheme is all about encouraging people to walk and cycle, but what about the people who can’t?”

Father of four, Asif Mitha, also explained the scheme had created longer journey time for parents and worshippers in the area who now have to travel further afield at peak times of the day.

He outlined that each morning he takes one of his sons and his daughter, both under the age of 10, to school, and drops his youngest son, to his nursery before going to work.

Speaking of the experimental scheme, he said: “This will cause more harm than it will good to our local community.

“The council wants to encourage more people to walk and low emissions from vehicles. But the thing is people who need to take a car will just a longer journey now – which will just create more pollution.”

Shah Alim, who has lived in area for 14 years, noted that residents first heard about the plans last year – before launching a petition against the scheme.

However, they only received a response from the council several weeks ago informing them that the scheme would go ahead on a trial basis.

Speaking at a protest held last weekend against the measures, Ali said: “We realise this is a trial phase, but we feel that once it’s in, the council won’t listen to us.”

According to letter later shared with residents the council insisted they would be “reflecting on” the petition, with measures set to be in place for a maximum period of 18 months.

In a statement, the spokesman for the city council said: “Our plans in the Evington area have been drawn up after extensive consultation with residents.

“The aim is to alleviate long-standing problems residents have told us about, such as rat-running and school-run parking, which can result in poor air quality and unsafe roads in our neighbourhoods. It is not possible to tackle these problems without making some changes and evaluating their impact.

“Residents were first informed of these plans last September. The latest plans – which were modified after further feedback from them – were outlined in a leaflet drop three weeks ago.

“However, there are clearly still some concerns, including a petition that we will be reflecting on. The whole scheme in Evington is experimental, and able to be modified over time or even removed.”