Toni Schiavone had been taken to court for non-payment of a parking fine (Picture: Media Wales)

A man has won a lengthy battle over a parking fine – after he refused to pay it because it wasn’t in Welsh.

Toni Schiavone, a former teacher and education officer for the Welsh Government, had been told to pay up after he overstayed in a car park in the village of Llangrannog.

A penalty charge notice soon made its way through his front door, sent from West Sussex-based One Parking Solutions.

But Mr Schiavone took umbrage with the fact the fine wasn’t written in Welsh, and refused to pay.

On Wednesday, he appeared in Aberystwyth’s civil court over the matter.

The case was thrown out after a representative from One Parking Solutions failed to attend court.

Following the case, Mr Schiavone said: ‘I repeatedly asked for the penalty notice in Welsh, and I would have paid the fine, but instead One Parking Solutions decided to take me to court. 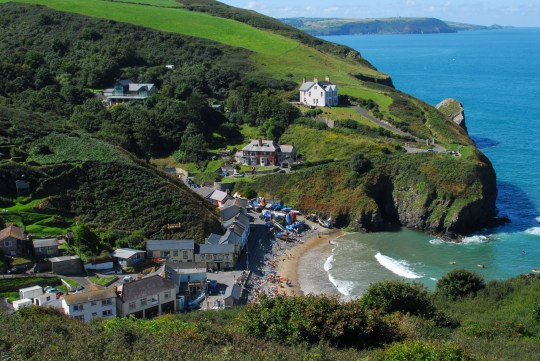 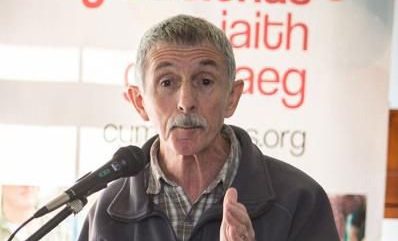 Toni Schiavone refused to pay the fine unless it was translated (Picture: Cymdeithas yr Iaith)

‘Because they had been asked to translate a copy of the penalty notice for the court they did, but it took them a court case – and I haven’t receive the official notice in Welsh at all.’

Mr Schiavone had built up a small army of fans as a result of his long-running battle.

Thanking supporters who came to court, he said he hoped the result set a precedent.

He said: ‘Seeing as they’ve translated the copy of the penalty notice there is nothing to stop them from issuing penalty notices in Welsh in the future. 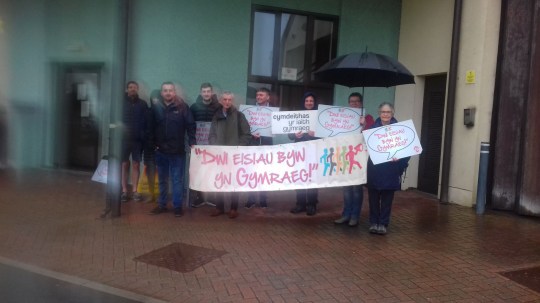 ‘Companies like this can do things in Welsh, but only if they are legally obliged to. And this is just one of many private companies that run car parks.

The seafront car park in Llangrannog in Ceredigion has made headlines over the years due to the number of people receiving fines in the post after leaving their vehicles there.

In April of this year, a man had been hit with a £270 fine despite paying for parking.

Ceredigion MP Ben Lake became embroiled in calls for action after one tourist declared the village a ‘no go zone’ due to parking woes.

Barrister Sara Powell previously told Wales Online: ‘It’s putting people off going to Llangrannog. If you have mobility issues or small children you can’t really park anywhere else because the other car park is a bit of a walk from the beach and the village itself.’