TODAY the Larkin family will gather at the bench where they have scattered the ashes of hero dad Lance Corporal Richard Larkin and remember the fallen soldier.

The beautiful hillside spot, overlooking woodland, is where he and his wife Teresa liked to walk with their young children before the Army reservist was killed in an explosion in Afghanistan in June 2008. 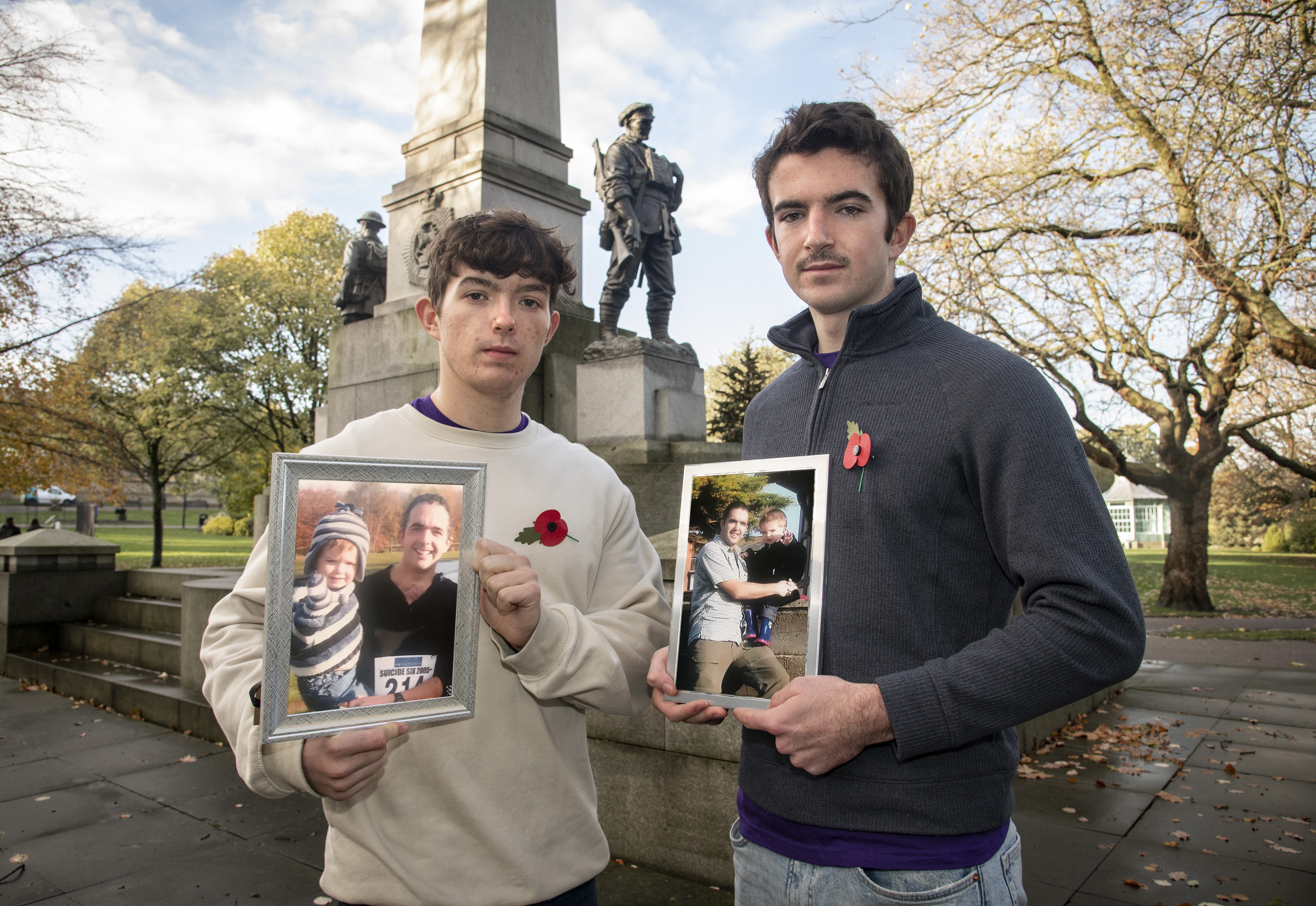 James and Mal Larkin lost their father Lance Corporal Richard Larkin in June 2008 when he was killed in an explosion in AfghanistanCredit: Paul Tonge 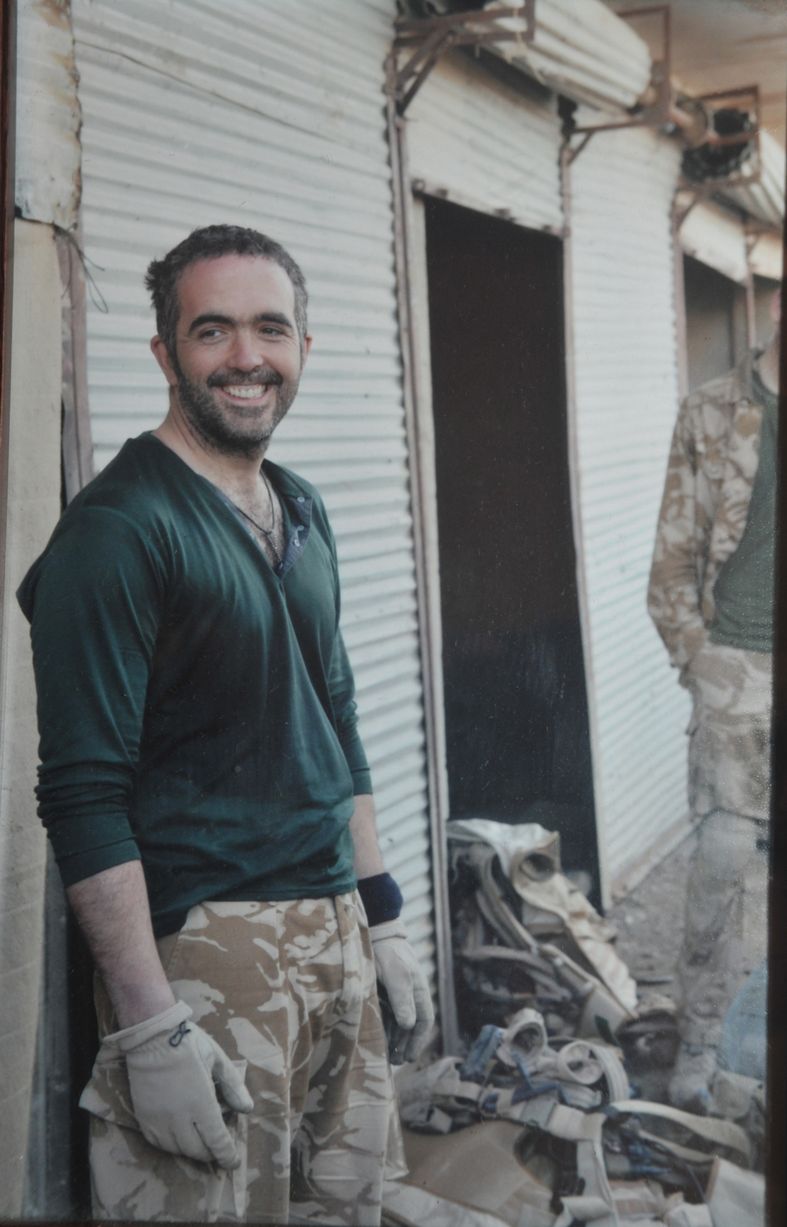 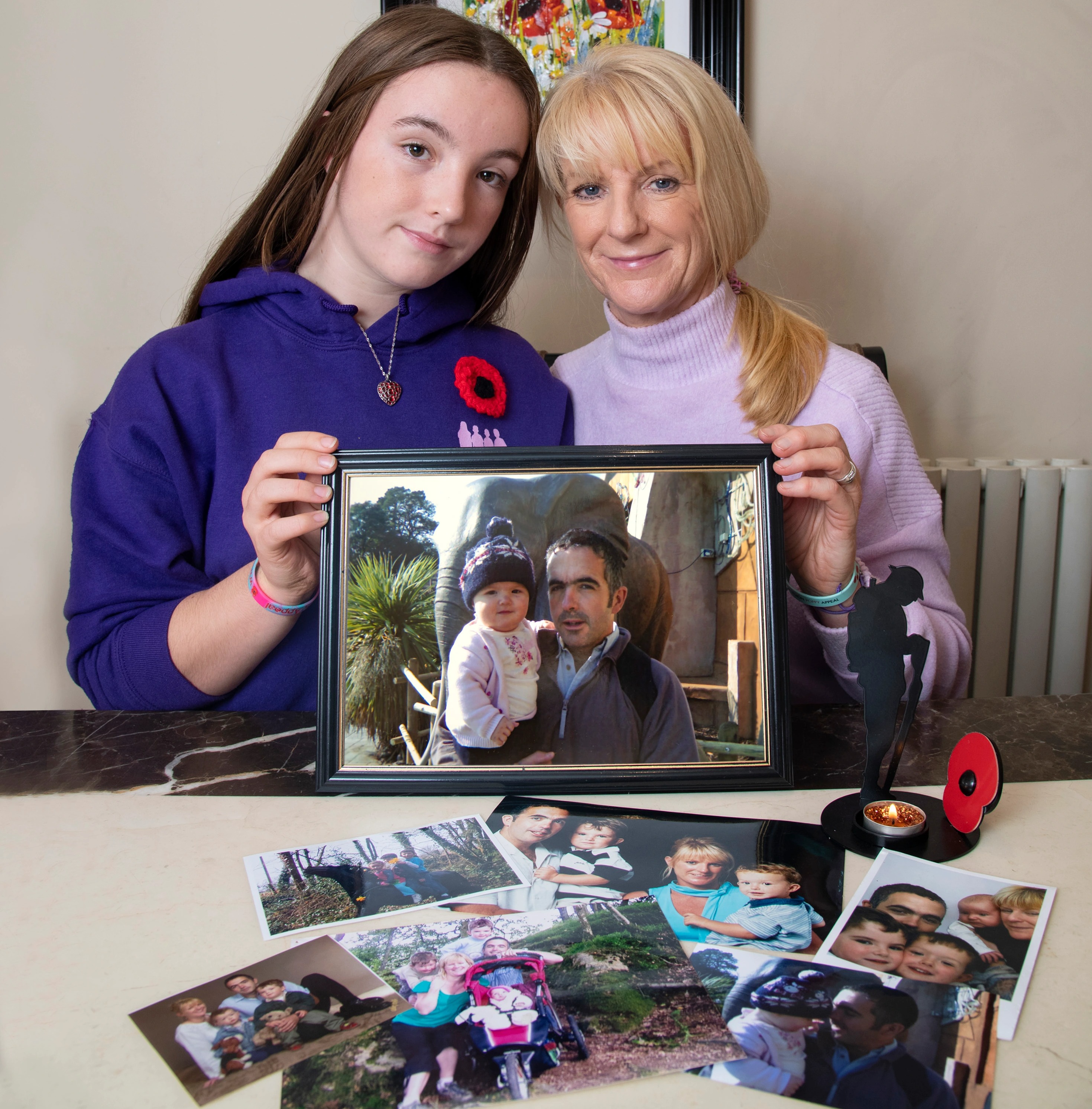 Orla (pictured with mum Teresa) wears a poppy all year round to remember her dadCredit: Paul Tonge

His twin sons James and Mal, 19, treasure their memories of him taking them to school on their first day — just weeks before his death — while their sister Orla wears a poppy all year round to remember him.

In a poignant interview for Remembrance Sunday, Orla, 15, said: “Wearing a poppy isn’t just about remembering Dad, it’s for everyone who’s put their life at risk for our freedom.

“I feel prouder each year of the sacrifice my dad gave.

“He gave his life for this country. That should never be forgotten. 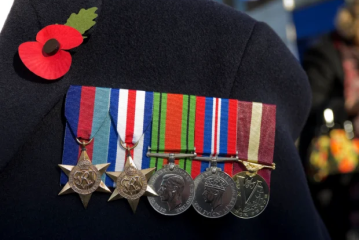 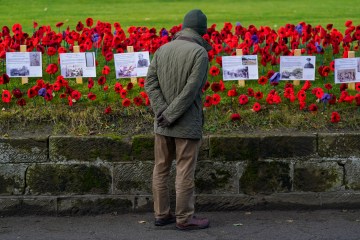 “Our Armed Forces have put their lives on the line for us time and time again.

“Men and women just like my dad. I urge everyone to wear a poppy to remember them.”

Mum Teresa, 51, from Cookley, Worcs, tells how Richard, just 39 when he was killed, would take his young children to get a poppy, then watch the veterans parade through their village.

She said: “He, more than anyone, understood the importance of honour, pride and sacrifice.”

Richard had worked as a senior nurse at the minor injury unit of Evesham Community Hospital when he trained to be an SAS medic, joining 12 Squadron in 1999 after passing the gruelling selection process at his first attempt.

Two years later he and Teresa, a former nurse, got married.

It was in the summer of 2007 that the outdoor enthusiast got the call he knew might come.

The regular 22 SAS Regiment in Afghanistan had become so over- stretched that reservists were being drafted in.

He was deployed to Afghanistan on Boxing Day 2007.

Their Land Rover drove over a 100kg Taliban bomb, killing them all.

Corporal Bryant was the first British servicewoman killed in Afghanistan.

James said: “Mal and I were only five when he died. Mum told us, ‘Daddy’s not coming home.’

“When you’re five it’s almost impossible to properly understand that someone has ‘gone’.

“Now it’s hard to imagine how tough it was for Dad to leave three small children and his wife to go into a war zone, knowing the risks.

“And from his letters and all the little trinkets he sent back, he obviously missed us so much.”

James’s main memories of his dad are of him being a “joker, full of surprises”.

He added: “I remember, before he went to Afghanistan, he’d regularly appear at home or at school without warning with a load of little presents for us.”

Richard managed to return home on leave for Orla’s first birthday in February 2008 and, poignantly, on the day his body was repatriated to RAF Lyneham, Wilts, that autumn Orla took her first steps.

She says: “I never knew Dad but always felt this huge loss, hearing all the stories about what a joker he was, how much he loved us.

“I wear a poppy every day, with another on my school bag. And around Remembrance Sunday I wear extra bracelets and necklaces made from poppies.

“When I was 11 me and Mum chose a special, heart-shaped locket to keep some of Dad’s ashes.

“It is engraved with the words, ‘No longer by my side, but forever in my heart’.

“Like a poppy, I wear that year-round and wrap my hand around it whenever I’m feeling alone or scared.

“Growing up, Mum wanted to make sure Dad was never forgotten, so we’d sit together and take it in turns to read bedtime stories to the urn containing his ashes.”

Richard bought each of his children a hand-carved wooden box from a market in Afghanistan. They are now treasured memory boxes.

Orla said: “I keep his letters to me in there. In one, he wrote, ‘Hi Orla, I’m the strange man you heard about called Daddy.

“My memories are made up of these letters, photos of us, and stories I hear from friends and family.”

It is the friends she has made through residential holidays and social events organised by the Forces Children’s Trust who really help her to process her emotions for her dad.

The Trust — forceschildrenstrust.org.uk — formed in 2004, is the first British charity focused on supporting children whose parent has died or sustained life-changing injuries while in our Armed Forces.

Orla said: “Those other children have also lost a serving mum or dad, so they get it, they know what it’s like to feel like part of you is missing.”

He said: “Wearing my poppy, and seeing others showing their respect — it’s so important to help not just families like ours but the tens of thousands of other families still living with the fallout.”

One of those is Mal, also studying engineering at Sheffield. He has been diagnosed with post-traumatic stress disorder (PTSD). 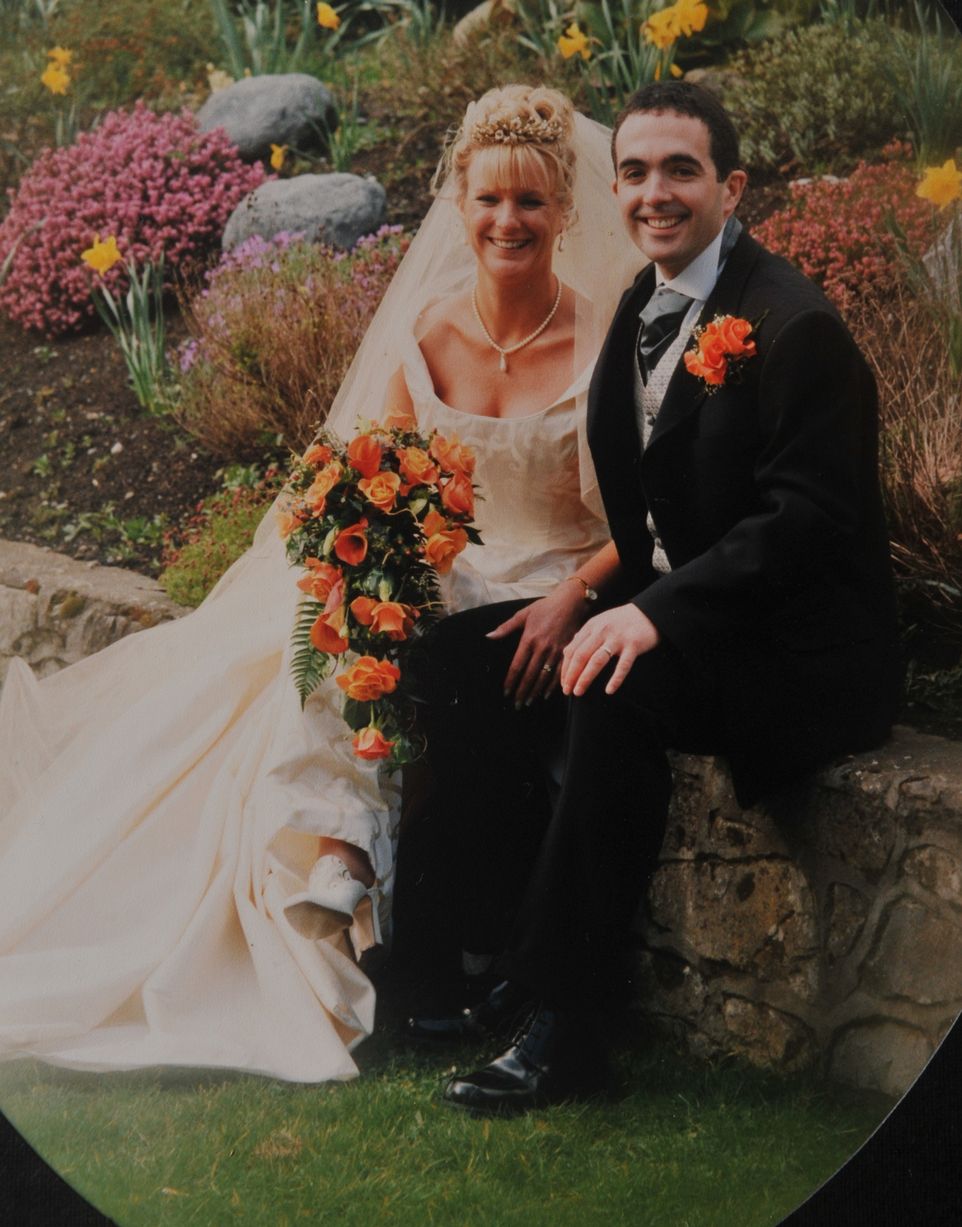 Richard and Teresa, a former nurse, got married in 2001 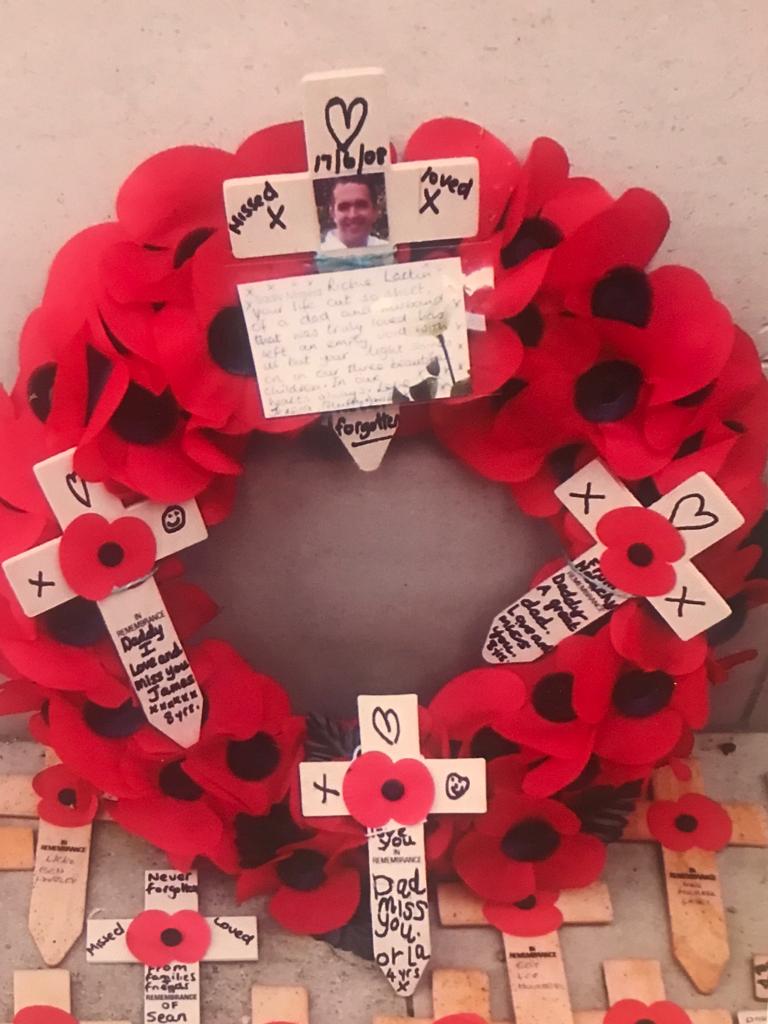 A wreath left in Richard’s memory

Mal said: “I remember going to see Dad in his coffin. James held Dad’s hand, but I didn’t want to.

“I think I buried my head in the sand for too long, pretending I could cope with the loss.

“But last year I was in a car accident, which triggered a lot of emotions.

“Wearing a poppy is a great thing to do but, like visiting Mum and Dad’s bench, it should be a year-round thing, not just for a week.

“Grief and all of the other issues families like ours deal with are constant.”

For Teresa the pain never goes.

Land Rovers like Richard’s were a frequent Taliban target as they were only lightly protected.

There had been calls for better armoured vehicles for the war zone.

Major Sebastian Morley, the commander of Britain’s SAS troops in Afghanistan, resigned, accusing the government of “gross neglect” over the deaths of his four colleagues.

“He spoke out, but nobody listened. That’s the bit I get angry about.”

Following his death, staff at Evesham Community Hospital named part of the minor injury unit the Larkin Suite in Richard’s honour, and put up a plaque.

His children have followed in his footsteps as keen runners, rowers and hikers.

They love the peaceful beauty spot he used to visit.

James said: “When I’m feeling low I sit on the bench and think about Dad, sometimes for over an hour.

“He’d have loved to run there with me, he never got to see Mal and me learn how to ride a bicycle.

“It’s brilliant he’s still fondly remembered by so many people he met — he was obviously a lovely man.” 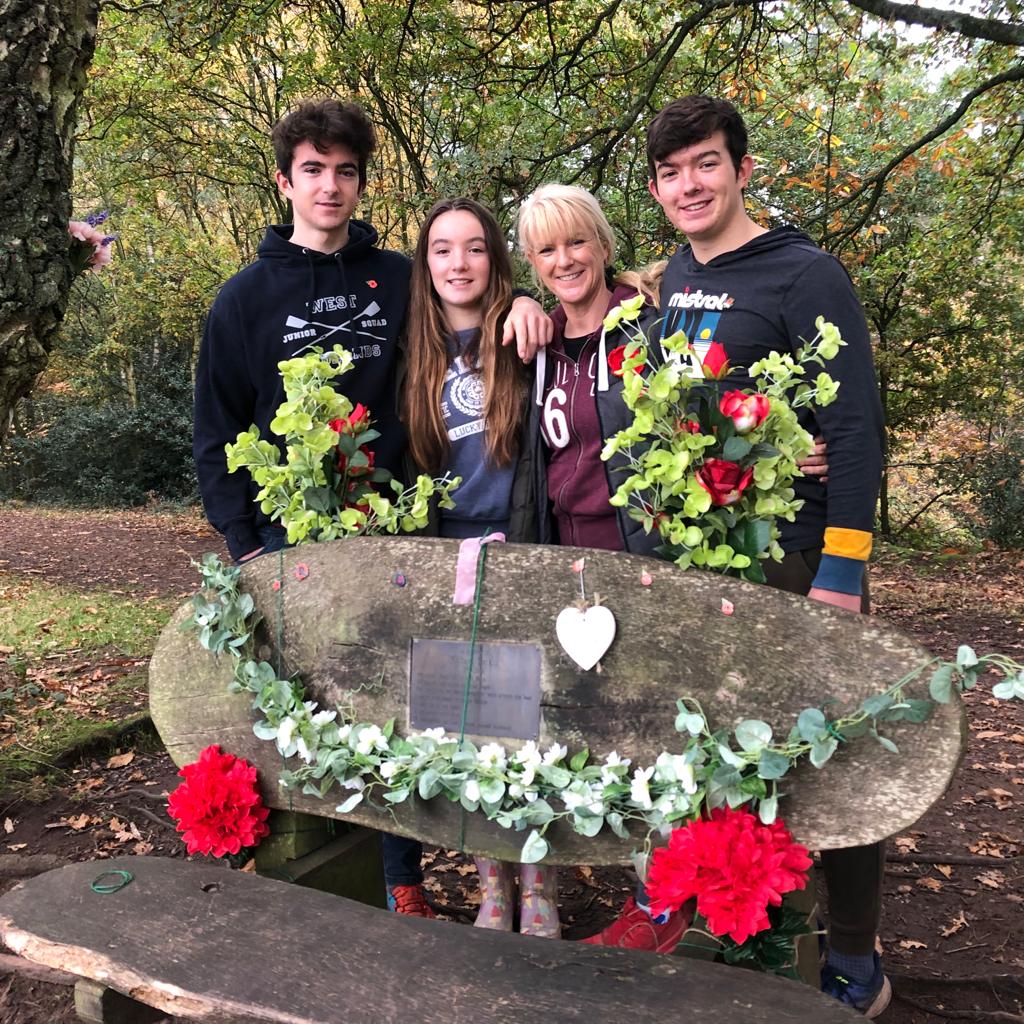 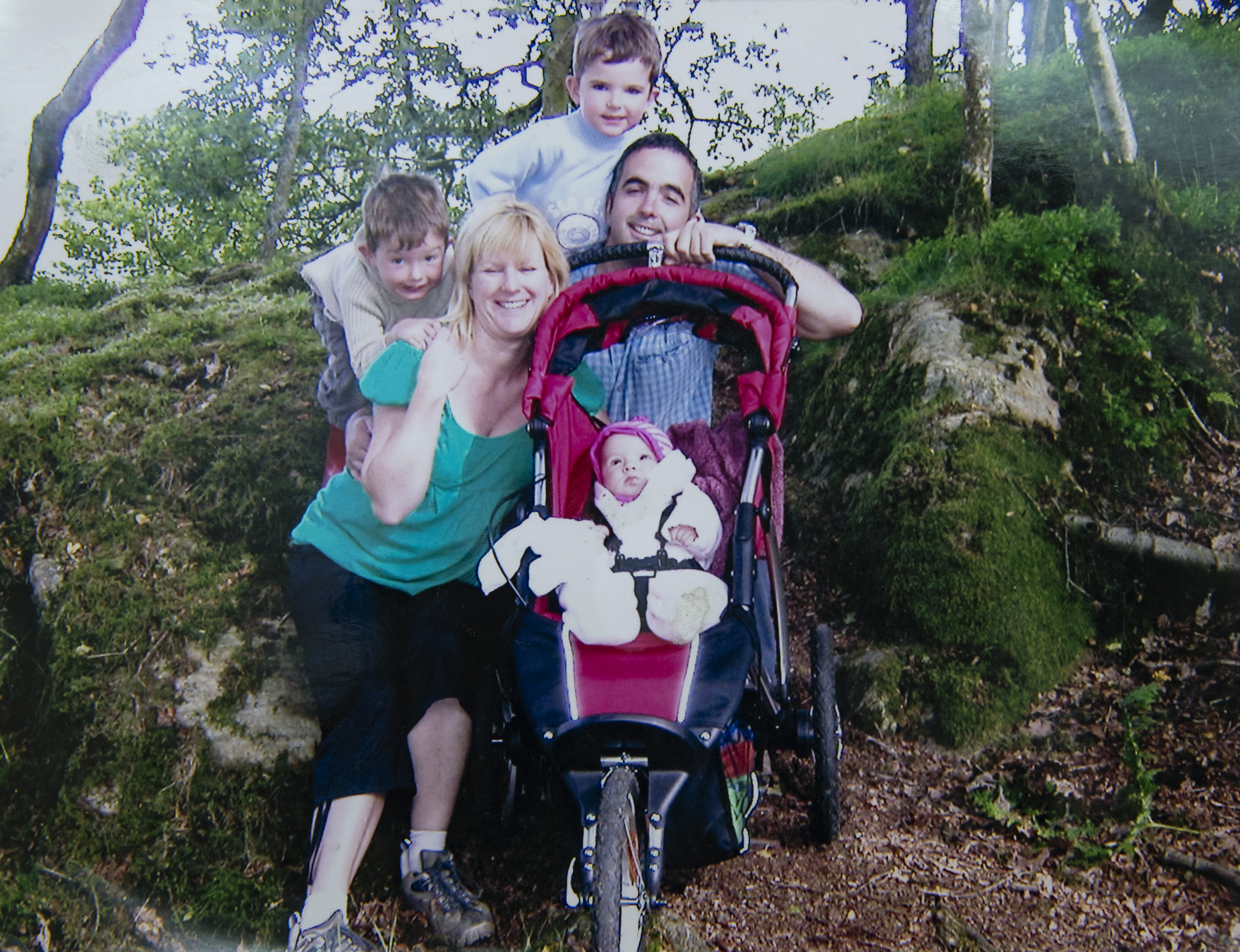 Like Richard his children have followed in his footsteps as keen runners, rowers and hikersCredit: Paul Tonge