We switched to a smart meter and were charged £13,000 for electricity in ONE NIGHT – we’re horrified

A HORRIFIED couple say they were charged £13,000 for one night of electricity after they changed to smart meter.

Stewart and Gayle Neely say they went from being £189.99 in credit on their power and gas bill to owing an eye-watering £13,037.71 overnight.

Gayle and Steward Neely were shocked when they saw their electricity bill climbed to more than £13,000 in one nightCredit: Media Scotland

OVO Energy is the Scottish pair’s provider and they believe the issue stemmed from when a smart gas and electric meter was installed in their four-bedroom home last month.

That’s because just one week after the switch the pair received the shocking bill – which was a stark contrast to their usual £156 a month direct debit.

Stewart, 54, told the Daily Record: “We changed to OVO energy for my gas and electricity supply last year after they took over SSE.

“We are always in credit on our account but I have been keeping a close eye on the bills and usage due to rising costs. 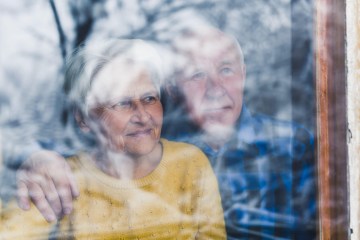 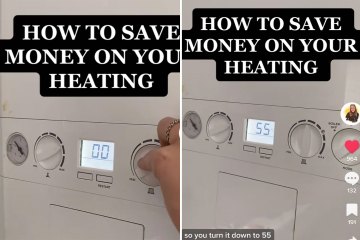 “Last week I checked my online account and it was £189 in credit, as expected.

“However, last Tuesday I checked my account and to my horror discovered I was £13,000 in debt.”

Stewart said prior to this happening their direct debit had already increased from £156 to £177 last month.

The dad-of-one said he quickly contacted the company to see what went wrong and couldn’t believe it when the call handler asked him if he’d like to settle the balance over the phone.

Stewart and Gayle were still battling for a resolution until last night when they picked up the phone and OVO was on the other end of the line.

“We have corrected the error and they’ve accepted a goodwill amount in apology for the inconvenience caused.”

Gayle, 48, said: “I got a nice call from OVO to say everything was sorted and to say a £150 credit had been added to our account as a good will gesture.

“It turns out if had been one of their agents that had entered an electricity reading as a gas one.”

This comes after a disabled woman says her electricity was cut off three times by British Gas because of a smart meter error.

Sarah Ambrose, 57, said it stressed her out so much she ended up in hospital.

Smart metres also came under fire recently after a customer was left furious over a “sneaky” £179 bill charge.