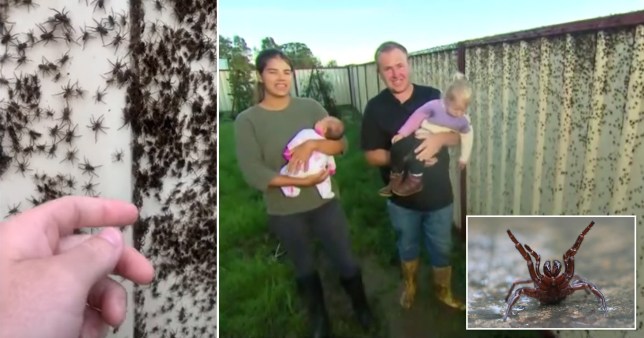 Ever dreamed about moving to Australia?

Us too… but then things like this make that idea seem a little less appealing.

People have been warned about a ‘plague’ of poisonous spiders heading for their homes to escape heavy flooding.

The Australian Reptile Park issued the disturbing alert yesterday, telling people to check for funnel-web spiders in their shoes, clothes and bedsheets.

They posted on Facebook: ‘WARNING – FUNNEL WEB BOOM! The worst flooding New South Wales has seen in a hundred years followed by the promise of warm weather is the perfect mix for a plague of funnel-web spiders to be on the move…’

‘Not only are we seeing increased movement due to humidity, but we’re already seeing a plague of ground-dwelling spiders searching for higher ground, out of the floodwaters.’

However, they are not known to have caused any deaths since the early 1980s, when an anti-venom programme was introduced.

Over the last week, people have been sharing images of hundreds of spiders appearing on their property, with the arachnids crawling over fences and garages.

On Monday we reported how communities across Australia’s most populated state have been battered by flooding 18 months after bushfires caused chaos and destruction – forcing even spiders to flee. 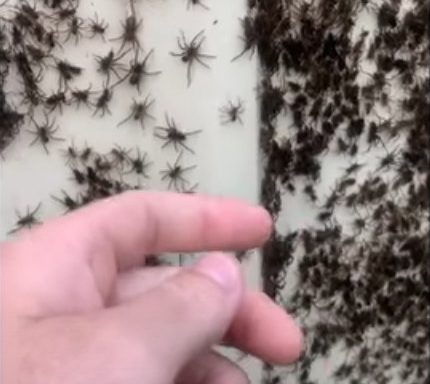 They arrived in their hundreds (Picture: Matthew Lovenfosse via Storyful) 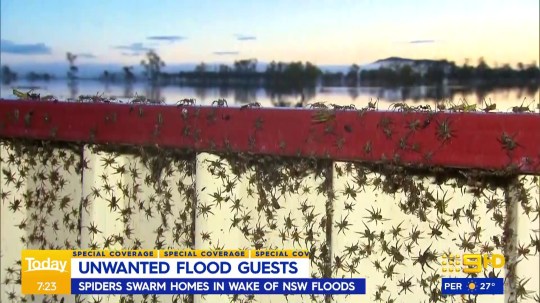 Once-in-a-century rainfall events that have isolated dozens of towns and forced thousands to evacuate.

Record downpours are expected to continue to deluge the eastern coast of the country until Wednesday, devastating places that were hammered by fires in 2019.

The flooding is bringing fresh misery in particular to the roughly 18,000 people that had been evacuated by Monday.

But the flooding is also impacting animals, with locals reporting clusters of thousands of spiders taking refuge on higher ground, fences and buildings – often including people’s homes.

7 Privacy Trends for Companies to Look Out for in 2021