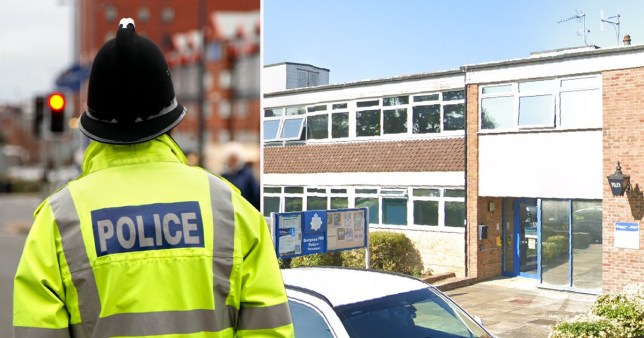 The man became so fed up that he handed himself into Burgess Hill police station in West Sussex (Picture: Getty/Google)

A wanted man gave himself up to police to get away from his housemates during lockdown, an officer has revealed.

The unidentified suspect — who was wanted on recall to prison — had become so sick of the people he was living with that he told police he would rather be in jail. Millions of people cooped up inside amid coronavirus restrictions — particularly those living in shared houses — may well have some sympathy with his decision.

The man had initially broken his tag off to avoid being found, but the seemingly bitter taste of freedom came to an abrupt end when he rang police to say he wanted some ‘peace and quiet’.

He then handed himself in at a West Sussex police station on Wednesday afternoon.

Inspector Darren Taylor explained: ‘(The man) rang us and said he was going to hand himself in a Burgess Hill police station and that he had broken his tag off.

‘[The man said] he would rather go back to prison then have to spend more time with the people he was living with.’

The Mid Sussex Neighbourhood Policing Inspector also tweeted a GIF of a minion from Despicable Me saying ‘help me’.

Mr Taylor added: ‘One in custody and heading back to prison to serve some further time on his own’.

Peace and quiet! Wanted male handed himself in to the team yesterday afternoon after informing us he would rather go back to prison then have to spend more time with the people he was living with! One in custody and heading back to prison to serve some further time on his own pic.twitter.com/zCwLo0fgDQ