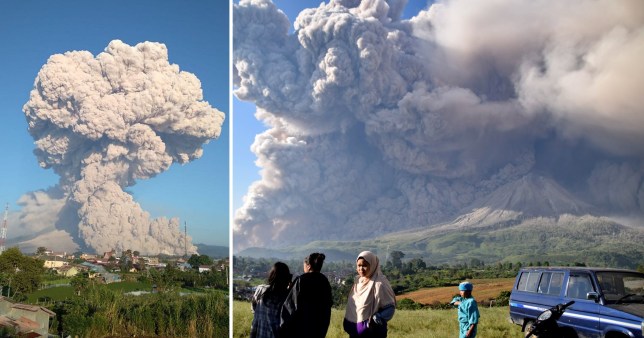 A volcano has sent a huge plume of ash as high as 5,000 metres into the sky today.

Indonesia’s Mount Sinabung volcano continued to erupt and spew ash across the region, with nearby villages on high alert.

Activity at the volcano in North Sumatra province increased over the past week, with authorities recording 13 times when it released ash clouds.

There have been no fresh evacuations due to the activity and no reports of disruptions to flights in the region.

However, officials have advised villagers to stay 5 kilometres from the crater’s mouth and should be aware of the peril of lava.

The transport ministry said air travel was not impacted by the ash so far. 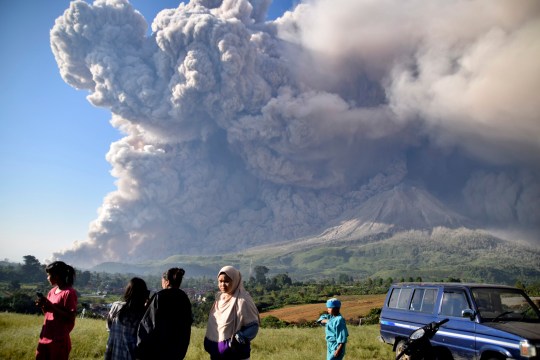 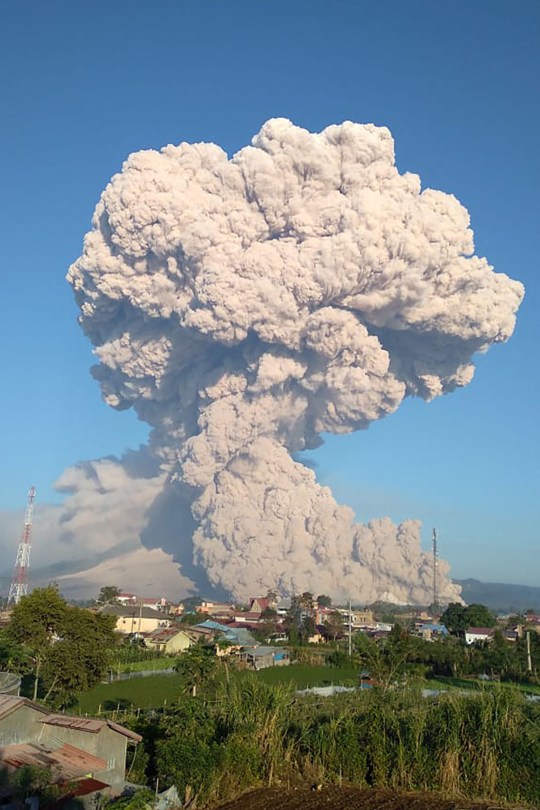 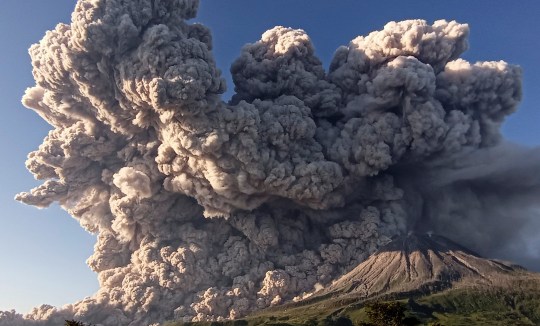 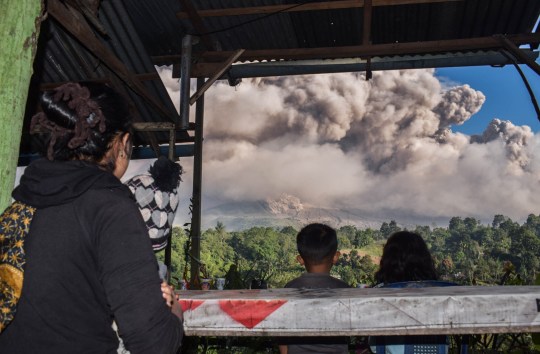 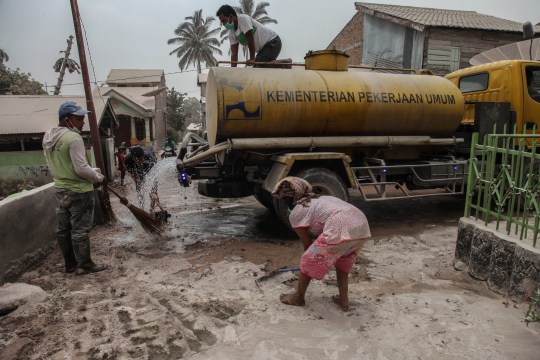 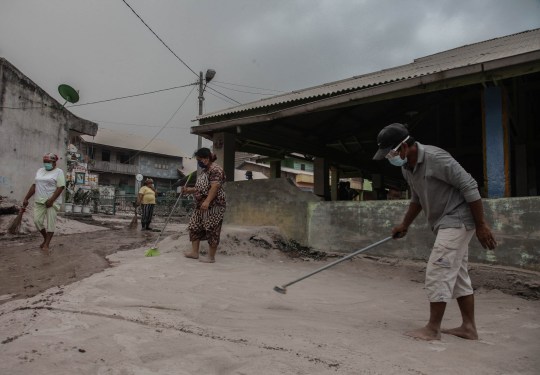 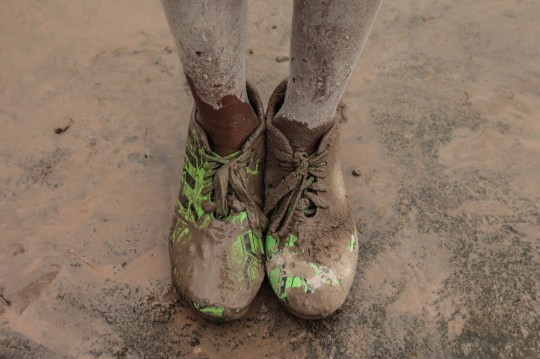 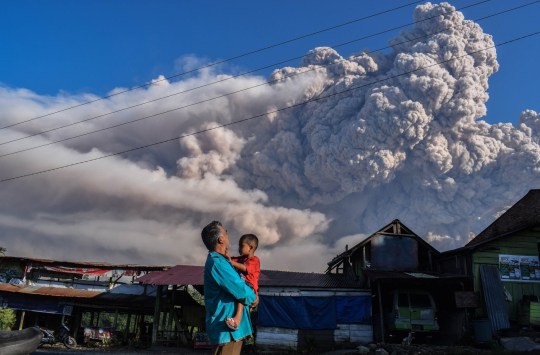 The ash cloud reached 5km into the air (Picture: Rex)

There were no casualties from the eruption, said Kusnadi, an official at the Sinabung monitoring post.

Some 30,000 people have been forced to leave homes around Sinabung in the past few years.

The 2,600-metre volcano was dormant for four centuries before exploding in 2010, killing two people.

The volcano, one of two currently erupting in Indonesia, has sporadically come to life since then.

Sinabung is among more than 120 active volcanoes in Indonesia, which is located on the ‘Ring of Fire,’ an arc of volcanoes and fault lines encircling the Pacific Ocean.