Vladimir Putin close to losing Kherson as Ukraine fights back 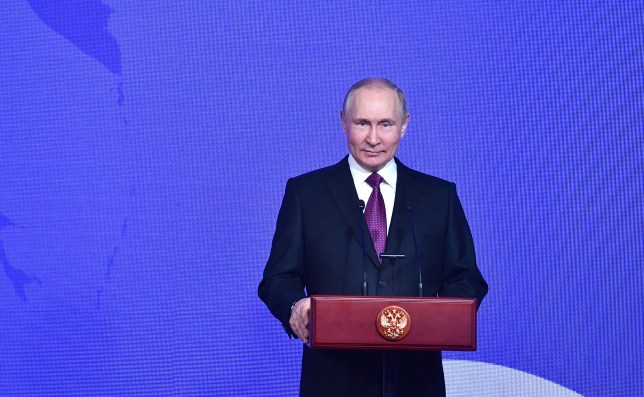 Moscow has been ferrying people out of Kherson under the backing of President Putin, above (Picture: Shutterstock)

Vladimir Putin has publicly backed evacuating civilians amid hopes that his forces will soon be forced to retreat from Ukrainian port city Kherson.

As Ukraine’s troops steadily regain territory on the outskirts, the Russian president said: ‘Those who live in Kherson should be removed from the zone of the most dangerous actions, because the civilian population should not suffer.’

The remarks to pro-Kremlin activists came as he marked Russia’s Day of National Unity.

Moscow has been ferrying people out of the area on the west bank of the Dnipro river and last week expanded the evacuation zone to include a nine-mile buffer area on the east bank.

Kyiv says the process has included forced deportations of civilians, which is a war crime.

A 24-hour curfew was imposed on Kherson on Friday, while pictures online show the Russian flag no long flies on its main administration building. 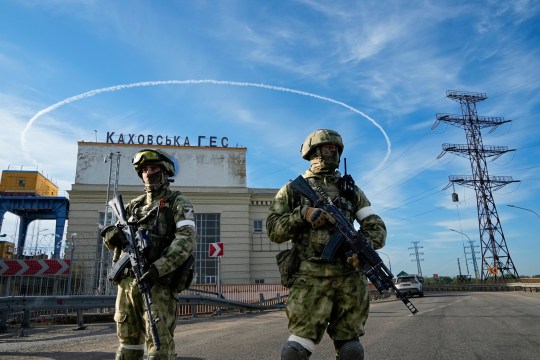 Ukraine fears their troops could be lured into a trap by Russia (Picture: AP)

Kyiv has been wary, saying such signs could be Russian deception to lure Ukrainian troops into a trap.

Kirill Stremousov, deputy head of the Russian-installed administration in Kherson, said he hoped there would be no retreat but ‘we have to take some very difficult decisions’.

Meanwhile, Volodymyr Zelensky said the fiercest fighting last week was around Bakhmut and Soledar, in the eastern Donetsk region about 310 miles north-east of Kherson.

‘We are holding our positions,’ the Ukrainian president added.

He accused Russia of stubbornness for sending ‘tens or hundreds of thousands more people to the meat grinder’.