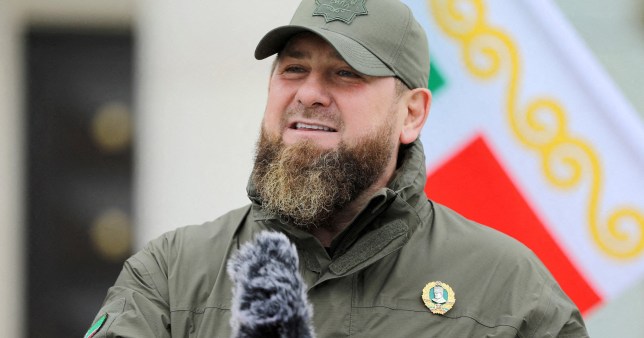 In a long-winded rant on the app Telegram, the region’s leader, and close ally of Vladimir Putin, said ‘more drastic measures’ should be taken.’

While figures close to the Kremlin have sabre-rattled over the use of nuclear weapons, the comments are the first time a senior figure close to the Russian President has publicly and explicitly urged him to use them.

Kadyrov, known as Putin’s ‘attack dog’ wrote on Telegram: ‘Use every opportunity and every weapon to defend OUR territory.

‘In my personal opinion, more drastic measures should be taken, up to the declaration of martial law in the border areas and the use of low-yield nuclear weapons.’

The city had been held by Kremlin forces until troops were encircled late last night. 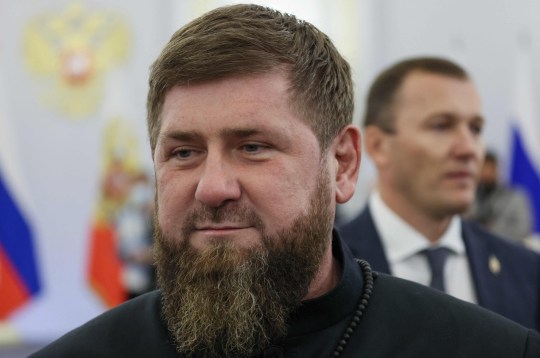 Chechnya leader Ramzan Kadyrov has encouraged the use of ‘low-yield’ nukes (Picture: AFP) 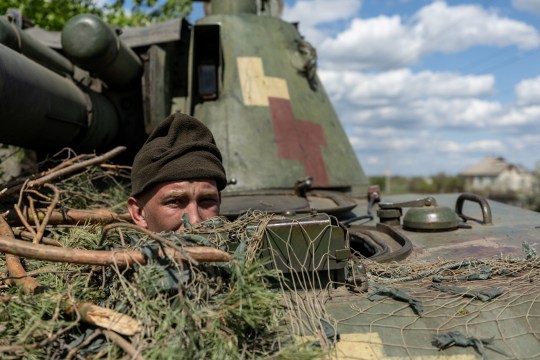 A soldier peers out a tank in the city of Lyman, in Ukraine’s Donetsk region (Picture: Reuters)

Kadyrov, who has previously issues chilling threats to the West, has blamed Russia’s loss of Lyman on Kremlin commander Alexander Lapin.

The warlord claims the colonel-general had not provided troops with the necessary communication, interaction and ammunition supply.

He added: ‘It is not that Lapin is mediocre that is a shame. But that he is being covered up by his superiors in the General Staff.

‘If I had my way I would have demoted Lapin to private, would have deprived him of his awards and would have sent him to the front line to wash off his shame with the rifle in his hands.’ 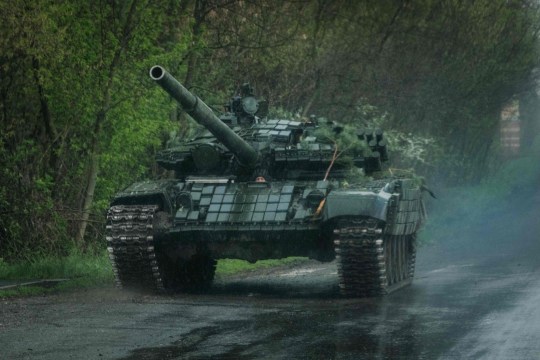 An Ukrainian tank runs on a road near Lyman, eastern Ukraine (Picture: AFP) 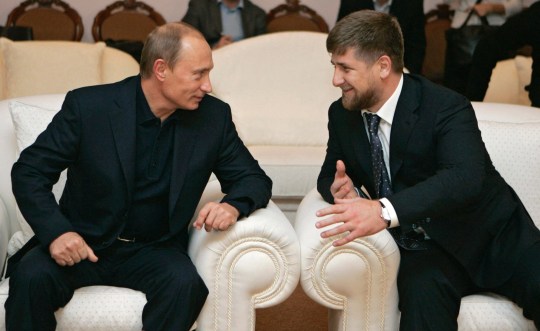 People in the regions – taken over by Russia this week – want to be ‘protected’, he claimed.

‘Everything would be fine if it weren’t so bad’, the 45-year-old ended his Telegram spiel with.

Kadyrov is leader of the Chechen Republic, an autonomous territory within Russia.

Early into the war, he sent military units to fight in brutal onslaughts on Kyiv and Mariupol which killed thousands of civilians.

He was promoted by the Kremlin to lieutenant-general in April following his role in the invasion.