CHILLING footage shows a passenger’s last moments during a high-speed car ride through Birmingham before his driver pal killed him in a horror crash.

Hasan Razzaq, 25, was being dangerously driven around Small Heath by his friend Uzaifa Ahmed, 27, in the early hours of April 3 last year. 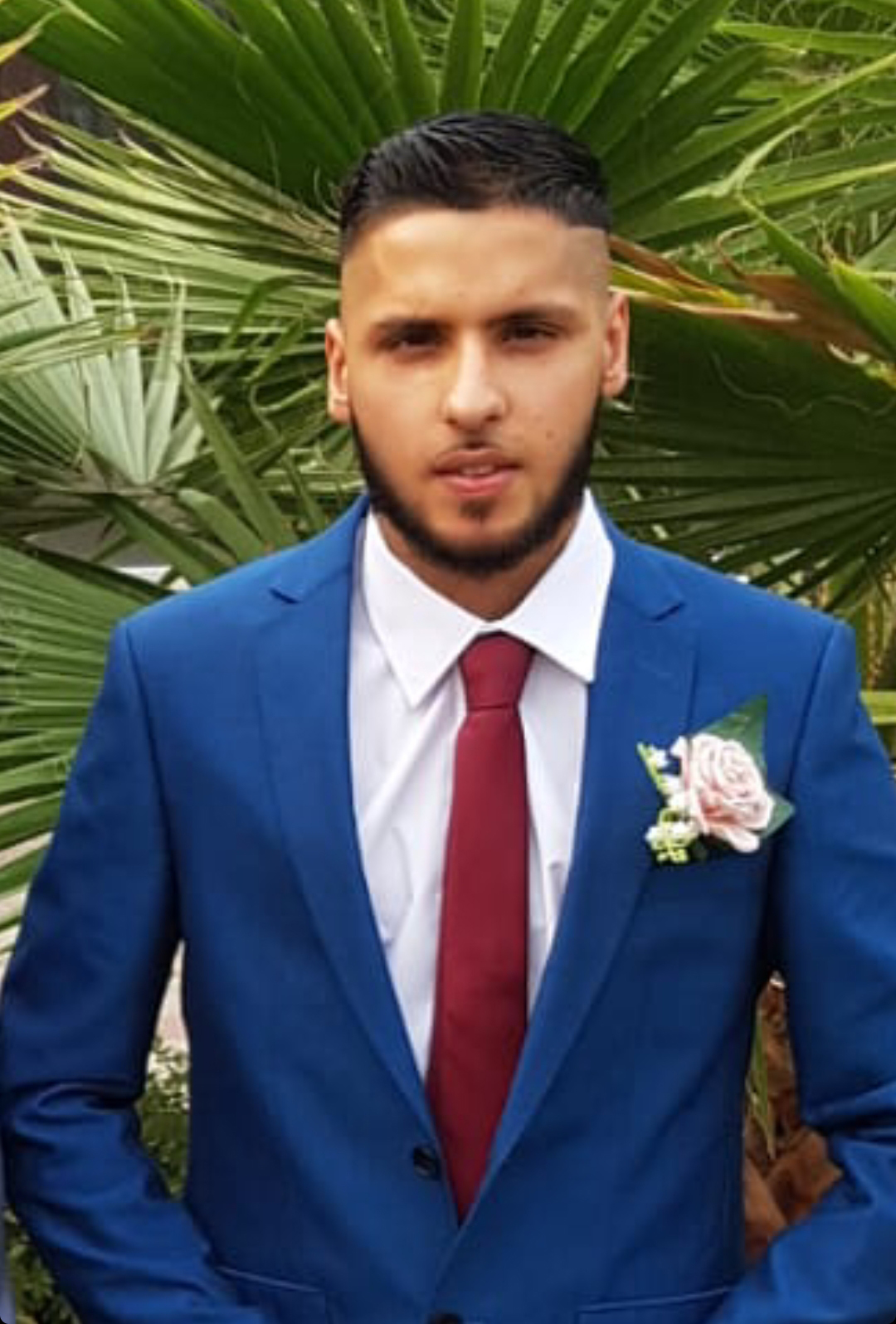 Tragic Hasan Razzaq, 25, died after being left by Ahmed in the wreckageCredit: BPM

The video of his final moments shows Hasan holding a bottle of Grey Goose vodka as the engine of the Honda Civic roars in the background.

Ahmed – who had been banned from driving – is seen traveling on the wrong side of the road overtaking a car before he lost control and killed his best pal.

He mounted the pavement and crashed into a tree after racing down the street at up to 65mph, before being thrown from the vehicle due to the force of the fatal collision, West Midlands Police said.

The 27-year-old then cruelly fled the scene, leaving the seriously injured Hasan in the wreckage of the car which belonged to Ahmed’s father.

Hasan was taken to hospital with catastrophic brain injuries and died 15 days later.

Cowardly Ahmed later handed himself in at a police station where he was charged with causing death by dangerous driving.

He was also charged with dangerous driving relating to an incident earlier that day.

A court heard the 27-year-old had been driving at speeds of up to 100mph and downing vodka before the horrific crash.

Ahmed admitted to his counsel that he had been drinking alcohol before recklessly driving with his friend in the passenger seat.

The shocking footage of the vehicle hurtling down the road at speed and other CCTV footage was shown to the court.

Prosecutor Paul Spratt told the court Ahmed had been “showing off” and was described as “fairly drunk, quite loud and annoying.”

He had previously been convicted of dangerous driving in December 2020 and was given a nine-month sentence suspended for two years.

Lynette McClement, defending, said Ahmed’s case was one of “stupidity” and “youth”.

She said: “He told me that the regrets from that night will live with him until he dies.

“This is a man who has taken the life of his best friend by the way he drove that night. It is an acute loss.”

He was jailed for eight years and eleven months and will be banned from driving for nine years and five months.

Sentencing him, Judge Dean Kershaw said: “This was your good friend.

“You are genuinely remorseful for what happened to him. In your letter, you said you betrayed your friend and you betrayed his family.”

“Ahmed’s actions were irresponsible and dangerous. Leaving his friend was cowardly and unforgiveable.

“My thoughts remain with Hasan’s family at this very sad time.

“We believe Ahmed fled the scene as he was likely over the drink drive limit and this sad case highlights the dangers of being reckless at the wheel.” 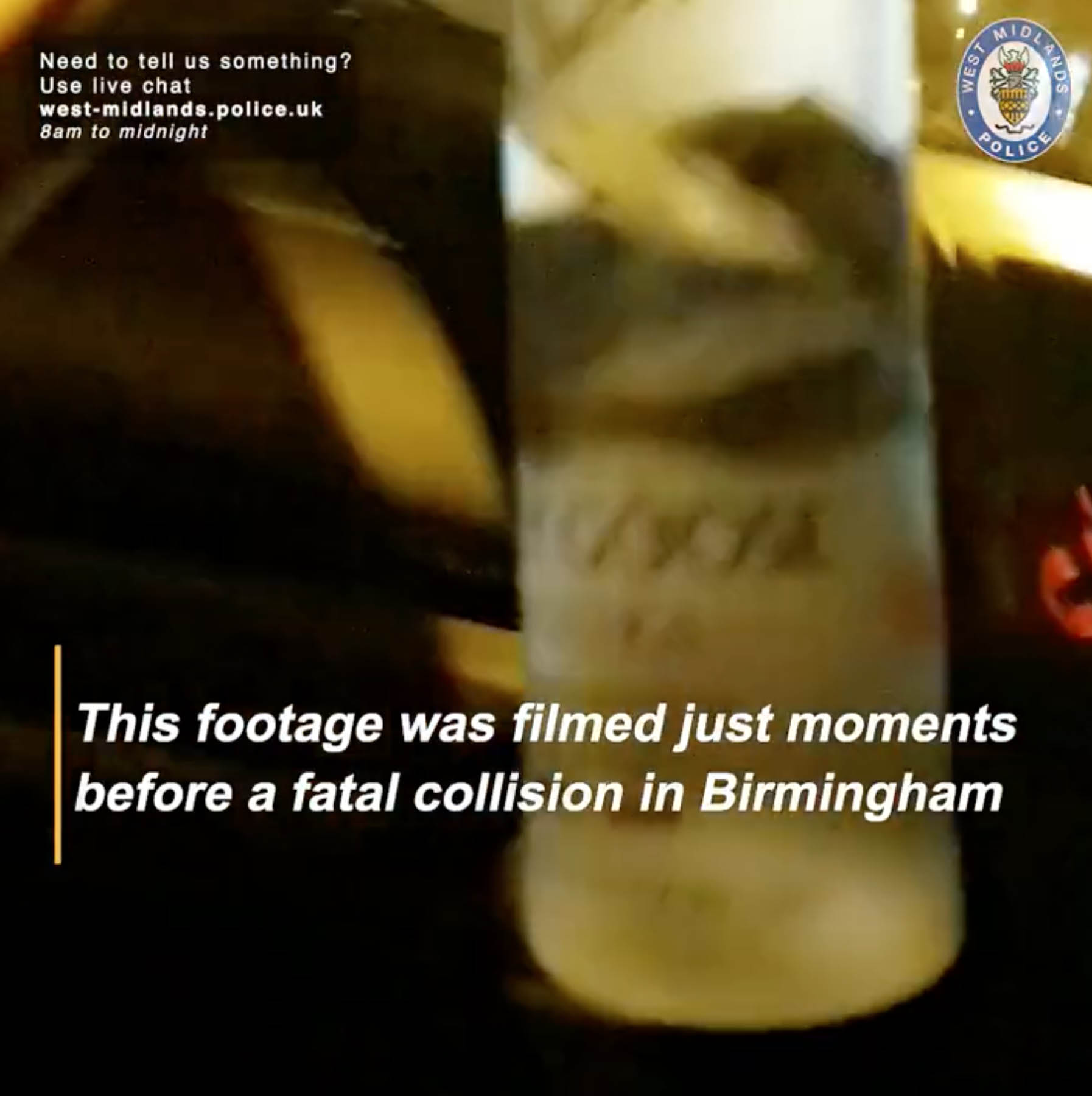 Hasan’s final moments were captured on a clip, showing him with a bottle of vodkaCredit: West Midlands Police

The 25-year-old passed away from catastrophic injuries on April 18 last yearCredit: BPM