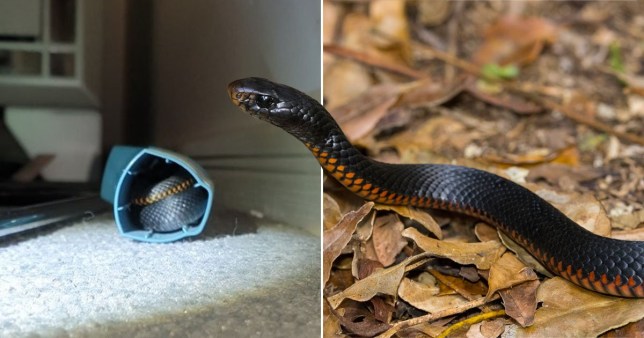 Snake catchers said it was one of the most ‘incredible’ hiding places they’d seen (Picture: Getty/Facebook/Sunshine Coast Snake Catchers 24/7)

A teenage girl was horrified to discover a venomous snake hiding inside her asthma inhaler.

The teen was bringing in her washing yesterday at her home in Bli Bli, Queensland, Australia, when she spotted the red-bellied black snake slither out of the clothes she had just brought inside.

She wasn’t sure exactly where it had ended up, until she noticed it curled up inside the open top of her blue inhaler.

Fortunately the girl called a team of snake catchers, who managed to safely capture the reptile and rehome it.

Red-bellied black snakes are frequently found on Australia’s east coast and are responsible for a number of bites every year.

No human deaths have been recorded, but their venom can cause serious symptoms including bleeding, vomiting, abdominal pain, headaches, diarrhoea and muscle weakness or pain. 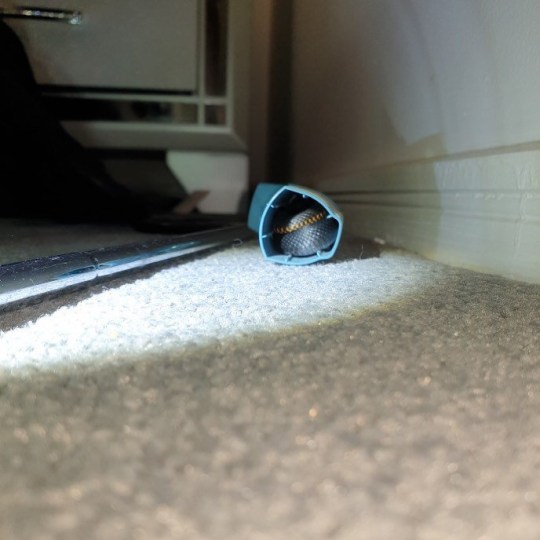 The teenage girl was shocked to discover the reptile curled up inside the puffer (Picturee: Facebook/Sunshine Coast Snake Catchers 24/7)

After the discovery yesterday Sunshine Coast Snake Catchers wrote on Facebook: ‘You would not believe this. This is crazy and we’re super lucky we were able to find the snake.’

Team member Stuart McKenzie told 9News: ’It’s one of the most incredible places we have ever found a snake before. I couldn’t imagine what it would be like picking it up and discovering it in there.’

While the snake was only a juvenile, Mr McKenzie said it could still give a nasty bite if scared or provoked.

He added: ‘They are just exploring, seeking food this time of year before it gets cold again. 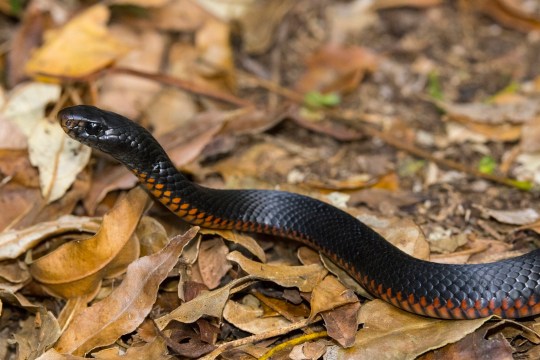 While red-bellied snakes are not responsible for any recorded human deaths, their venom can still cause vomiting, headaches and diarrhoea (Picture: Getty Images)

‘We’ve found them in all sorts of places. Just recently we had a snake become stuck inside the tubing of a screen door.’

Red-bellied snakes are native to eastern Australia and are commonly found in forests, swamps and some urban areas.

They usually grow up to two metres long and eat mainly frogs, other reptiles, small mammals and fish.

MI5 policy allowing agents to ‘use torture and murder’ is legal, court rules