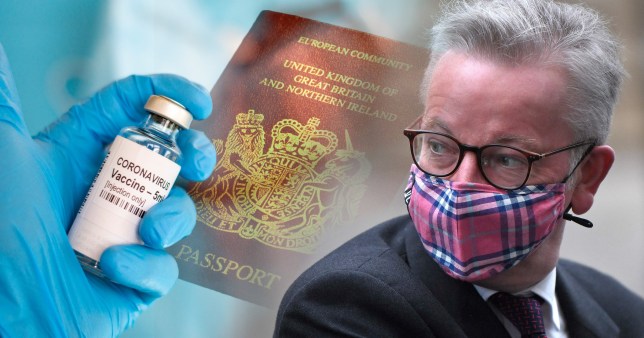 Since the prime minister announced his roadmap out of lockdown, our front pages and news channels have been filled with promises of haircuts, holidays and freedom.

They reflect the hopes and desires of a nation that wants to get out of this pandemic as soon as possible.

But I believe the plan announced by the Government to review the use of vaccine passports or certificates will fail to protect people who have been left behind in the pandemic response all along.

‘Vaccine passports’ or certificates would allow people to prove they had received the jab, and could theoretically be used as a form of ID to let a vaccinated person enter a Covid-secure venue.

Ministers have confirmed that vaccine passports may be needed if required by foreign countries to facilitate international travel. Some countries already insist upon proof of vaccination for certain diseases.

But I find the whole idea alarming because by limiting who can and cannot do something, the passports will lead to a two-tier society where some people can access support and freedoms, while others are shut out – with the most marginalised among us hardest hit.

Everyone needs protection to get out of this pandemic, and that includes protection for those who can’t have the jab. Discrimination should not be hard-wired into policy making.

Many people can’t get a vaccine because they are pregnant or have allergies. While others are blocked by bad government policy like the hostile environment, which has left many migrants too scared to access public service like healthcare.

I fear that even voluntary passports or certificates could result in many people being blocked from essential public services, work or housing.

Some employers have already made public claims that they will not employ people without proof they have had the vaccine.

And once they have been created for one purpose it would be all too easy for their use to be extended and abused.

History tells us that once we give up our hard-won rights, it can be harder to get them back.

For example, the rise in surveillance technology means we as a society are one of the most watched countries in the world and are increasingly accepting intrusions into our private lives that should be unthinkable in a truly free and liberal society.

That’s why it’s so important that the road out of lockdown doesn’t ride roughshod over our rights – and that we hold fast to the values we want to take with us beyond the pandemic.

Easy solutions aren’t the right ones and should be treated with extreme caution. Vaccine passports will have dangerous implications for the future and could have a dramatic impact on the shape of civil liberties in Britain. 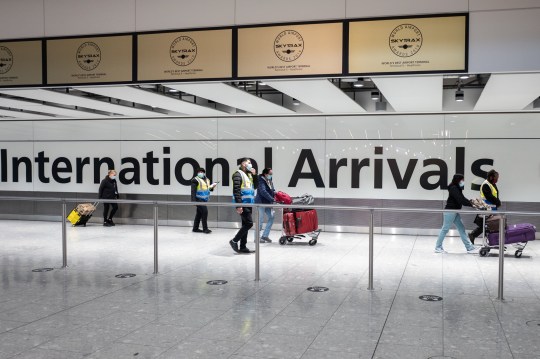 Any form of passport or certificate could pave the way for a full ID system (Picture: Leon Neal/Getty Images)

Any form of passport or certificate could pave the way for a full ID system – a concept that has repeatedly been rejected.

In 2010, then-Home Secretary Theresa May made a tub-thumping speech about the ‘unfortunate footnote in history’ as she scrapped the previous Labour Government’s multi-billion pound ID scheme.

This followed a Conservative election campaign that included a pledge to ‘reverse the rise of the surveillance state’.

Only last year, the Home Office minister Baroness Susan Williams told Parliament that the introduction of identity cards would be ‘prohibitively expensive and would represent a substantial erosion of civil liberties’. Yet here we are.

ID systems tend to rely on creating huge central databases, meaning all our interactions with the State and public services could be recorded. This data could be accessed by a range of government bodies – again making it harder for some people to access essential services.

Meanwhile, the Government has given us plenty of reasons to be wary of its digital projects – like when the Home Office had to apologise to EU nationals and Windrush citizens in the space of a week for data breaches.

All of this means that I can’t help but think that reaching for short-term solutions for getting certain freedoms back puts our long-term liberty in jeopardy.

We shouldn’t fall into the trap of thinking that the end of the lockdown means our rights are being restored.

We must now reject narrow policy ideas like vaccine passports, under whatever name, and create a route out which leads to a truly free society for all of us.

What is missed is that other countries have exited lockdowns without the vaccine. By focusing on just one solution – and on one that works for most but not all, we’re setting up for a post-lockdown world where some people have freedoms they previously enjoyed but others don’t.

And in the long run, as highlighted, the idea that vaccine passports would result in our long-term freedom is a fallacy.

The point is, it isn’t a vaccine passport or something else. It’s a whole package of measures that need to be put in to place to ensure people can follow public health guidance, from proper support for people to self isolate, to removing barriers to people accessing healthcare such as ending the hostile environment. A decentralised functioning track and trace system would also help.

There are no immediate short term fixes that don’t come with a hefty cost later on.

From the very start of coronavirus, it has felt as if the Government policy makers have thought about the majority while ignoring the most marginalised. The vaccine passport route is the same.

Liberty is briefing MPs on plans that would reimagine this failed approach with policy proposals that truly protect everyone and that place public health at the centre of this pandemic, not punishment and surveillance systems like the vaccine passport.

Now more than ever we need to champion rights in how we move forward.

Liberty has always supported proportionate action to protect public health in times of crisis and we understood at the outset of the pandemic that life could not continue as normal.

But coronavirus has shown how much we all depend on one another – and that to protect public health we need to protect everyone, without exception.

Any form of immunity passports or certificates will make that impossible.