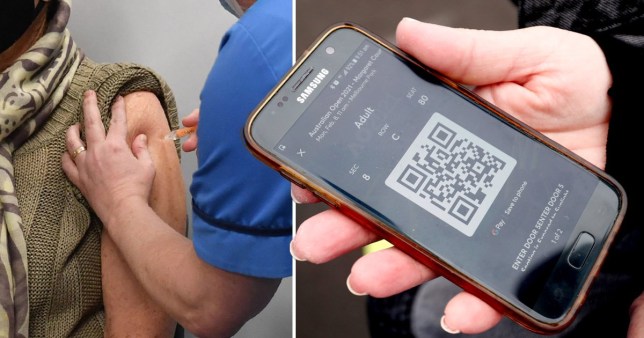 Vaccine passport schemes could allow for some return of international travel (Picture: Getty)

Brits who’ve had their coronvirus jab could be given scannable QR codes allowing them to travel abroad.

Taxpayer-funded ‘vaccine passport’ schemes may see digital ‘certificates’ introduced to prove immunity as soon as next month, it has been reported.

At least eight firms have been awarded Government grants to develop such technology.

Logifect has designed a phone app that allows Britons to show confirmation of their vaccinations alongside a photo of them.

The venture is due to launch next month, according to The Telegraph.

The firm was handed £62,000 by Innovate UK, a non-departmental public agency which claims it ‘operates at arm’s length from the Government’.

iProov and Mvine, two other companies given a £75,000 grant for their joint drive, are also working on digital ‘certificates’ that would allow people to prove their immunity when asked. 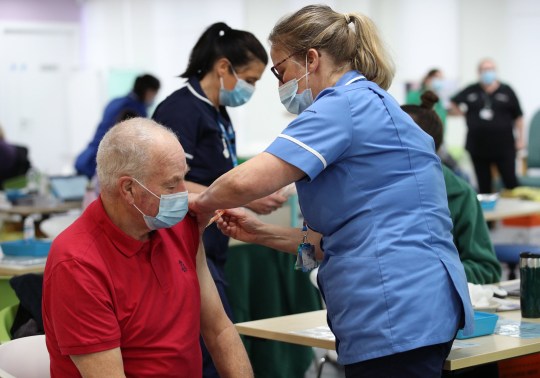 A number of firms are developing technology to allow people to prove they’ve had the vaccine (Picture: PA)

Executives said in January that the venture had moved into live testing, with trials expected to be completed by March.

A statement on the project said: ‘It is expected this investment in UK innovation will help businesses and employees return to work, and enable families and friends to reconnect, more quickly and more responsibly than would otherwise be possible.’

All three firms have said they plan to pitch their technologies to the Government before the current national lockdown ends.

Ministers have been publically cautious about endorsing calls for controversial vaccine ‘passports’, which critics have warned could be discriminatory.

But privately, the position inside No 10 is said to be much more nuanced, with multiple cabinet members believing some form of system allowing people to show they have had vaccines is likely.

Sources told The Telegraph that officials were investigating a number of options for vaccine passports in the context of allowing for international travel. 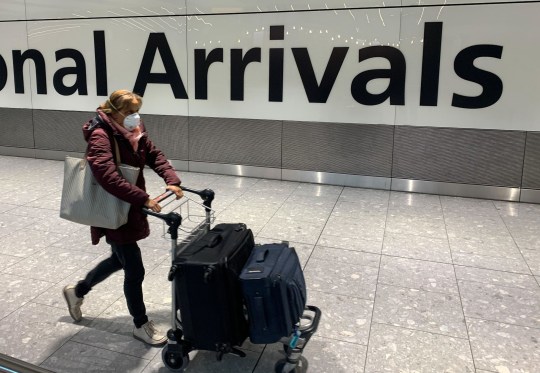 People who can prove they’ve had the vaccine could be allowed to travel abroad (Picture: Getty)

No decision has been made but it is understood there is no fundamental opposition to the idea.

Ministers would have to weigh up cost, data privacy issues and how to fit any schemes with those pursued by other nations if they approved any such plans.

But while passports could be approved to facilitate international travel, there is said to be more resistance to using them within the UK to allow for normal life to resume.

It is understood ministers are against plans that may see people turned down for jobs or refused entry into public places like pubs and cinemas if they cannot prove that they have received a Covid vaccine.

Other tech firms working on passport-style projects include Enduring Net, which is aiming to create a decentralised system which can digitally provide ‘proof of individuals’ Covid-19 credentials’, including whether they have been vaccinated.

The Hub Company is also working on a £49,448 project to develop security systems which can issue secure digital or physical certificates proving immunity or vaccine results.

It was revealed in December that The World Health Organization (WHO) is exploring ‘e-vaccination certificates’ to facilitate travel around Europe, with several countries considering their own version of the scheme, including Cyprus.

Airline Qantas and over-50s travel company Saga have both suggested that people wanting to travel with them in future will have to have received a Covid vaccine.

UK ministers have contradicted themselves and each other on the issue.

In December Cabinet minister Michael Gove said there no plans for vaccine passports a day after vaccine minister Nadhim Zahawi said the Government is ‘looking at the technology’.

Speaking on the Andrew Marr show on Sunday, Mr Zahawi ruled out the idea.

He said there were several reasons why vaccine passports would not be introduced, including that the vaccine was not mandatory in the UK.

‘That’s not how we do things. We do them by consent,’ he said.